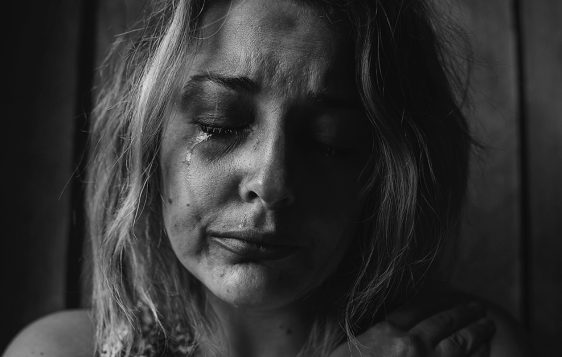 January is human trafficking awareness month. Instead of submitting an overload of statistics or information, I’d simply like to bring awareness about an extremely important issue that I find a deep, unmoved conviction for.

My hope is that God will use this to at least sew a seed, and ultimately lead to some sort of action for the sake of those who are trapped in this unyielding nightmare called “human trafficking.”

What is Human Trafficking?

Human trafficking is the buying, selling, and trading of young girls for the purpose of forced, ongoing sex. Highly organized criminals abduct young girls and hold them captive in hotel rooms and houses as slaves to be used, abused, and controlled.

The young girls are being forced to take drugs to be kept sedated and beaten to be kept in fear. This breaks them down emotionally, making them feel helpless, and forces them to comply through coercion. In most cases, these young girls are raped anywhere from 10 to 20 times a day.

These girls are sold like cattle, treated worse than dogs, and live every day in an appalling nightmare. They are stripped of their dignity and robbed of their humanity. Treated as a commodity to be abused, they are ripped apart from the inside out, sometimes never to recover from their physical and mental scars. They are robbed of what God has given them – a life.

How are humans trafficked?

Human trafficking happens in many ways, but one example is that men and women travel to extremely poor countries and offer jobs to young girls who live in poverty-stricken villages. They offer modeling or waitress jobs with promises if great pay and benefits, offers these girls can’t refuse. The girls and their families want so badly to believe that the opportunity is legitimate, so they go with it.

They are then smuggled into a different country where they don’t know the language, and they typically don’t have a passport or a way of communicating with their families, so once they leave the country they are cut off from anyone they know and love. They are then held captive and forced to work as prostitutes or sex-slaves for little to no pay. Once they reach this point it’s nearly impossible to become free again.

Who is being trafficked?

The average girl sold into sex slavery is 12 years old, although many girls are as young as seven. These girls come from poor villages from remote areas where they often struggle to survive because of a lack of basic resources like food, water, and medicine. Tourists are also victims. Taxi drivers are paid (and often so are the police, customs, and other authorities) to take young girls to certain destinations that will lead to their enslavement.

Where is this happening?

Human trafficking is most prominent in Africa, Asia, Europe, and the United States, and, yes, even the state where you live. In my own state of Arkansas a story was aired in October of 2019 about two lawyers who filed a lawsuit against a Little Rock hotel owner alleging that he helped facilitate a sex trafficking incident on his property.

The victim identifies as “Jane Doe.” She said the traffickers booked the entire top floor of the hotel and forced her to have sex with at least ten different individuals a day, resulting in hundreds of times in only a few months. She claims that while she was being beaten she screamed for her life, and the staff never investigated what was going on.

Why are humans Trafficked?

Humans are traded for money and sex. It’s that simple. It’s that evil.

How can we be involved in stopping human trafficking?

The best thing we can do is educate ourselves on this issue and take action through our donations and time. Below is a link that includes 21 ways for someone like you or me to get involved right here in our own communities. Although this website focuses on human trafficking as a whole (forced labor, sex trafficking, bonded labor, involuntary servitude, child soldiers) it allows me and you to connect to this issue and take action.

Why should the church be involved?

I’m shocked at the silence of our churches concerning human trafficking. As God’s representatives, we should have the loudest voices and be the first to take action. Yet this is an issue many don’t even know (or care?) about.

We should be involved because God uses his people to fulfill his will on earth, and, clearly, caring for the neediest people is among the highest of his priorities:

In the Old Testament God had a sharply defined warning to his people that they should not neglect the poor and needy, and they would be judged for the sin of negligence.

In the New Testament Jesus also presents the same type of disdain for lukewarm believers. God wants his people to take care of those who need help (James 1:27) and he demands it from those who belong to him (James 4:17).

Here is a link that includes 21 ways you can (and should) help fight human trafficking right now.