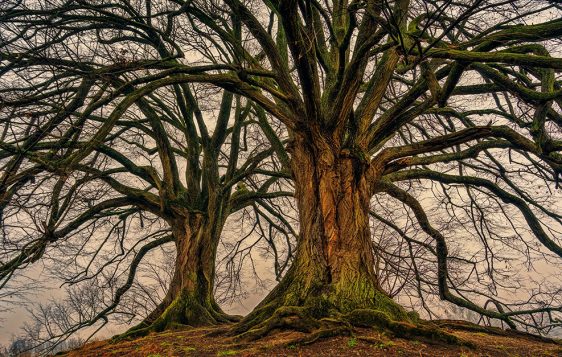 I know very little about my ancestry and have never really had much interest in researching it. Once I get past my great grandparents, my interest quickly fades. I figure there might be things I would rather not know, so I just leave well enough alone.

I do know that I had one ancestor who was a deserter in the Civil War, but I didn’t bother to find out which side he was on. All I know about my DNA percentages is that I am me so that’s all that matters.

I do, however, wonder about those that will follow in my family tree. Right now, my headcount is five — two children and three grandchildren. I have no idea where the branches will go from there, but the power of multiplication gets interesting.

Assuming each of my grandchildren have two children each, my headcount goes to 11. Take that one generation further and the count goes to 23, then 47, then 95 and on and on as long as this world continues. Perhaps that is why God caps our lifespan—otherwise the Christmas lists would get rather crazy.

WHAT ABOUT A FAITH FAMILY?

There is another family tree that is even more interesting to me and I call it my faith family tree. When all is said and done, what will the impact of my faith on others have been?

Faith family trees are not as clear cut as biological family trees because there are usually many that have had an impact on us and hopefully many that will be impacted by us. I can look back and see the fingerprints of many on my faith starting with a godly mom, uncles and aunts, cousins, pastors, Sunday school teachers, godly friends, and on and on.

Each played a part and I carry a bit of their faith DNA in my soul. Our faith family trees often carry so many contact points that they resemble bizarre tentacles rather than tree branches. Then there are those where the impact is more clear-cut and direct.

Just like with my biological tree, I have not traced my faith tree back very far. My knowledge of it begins with a pastor and his wife in the state of Missouri that I have never met, but they had a daughter that they raised to know and love Jesus. Little could anyone know that this daughter would one day impact the faith of many that they had never met including me.

They never had any idea that I would become part of their faith family tree.

As a young adult, that daughter and her husband moved to central Arkansas where she worked at a fitness center and helped start a new local church. It was at that fitness center that my wife met this young lady and was later invited to church where she rededicated her life to Christ.

A tentacle of the faith from that Missouri pastor and his wife.

As a result of her prayer and faith, that tentacle finally reached me about a year later and I showed up at that church one Sunday morning. It was my first time in church in over 32 years. I met Jesus in the parking lot that morning after church and He added me to His family tree that day.

But the story does not end there.

I was blessed that this church encouraged and equipped me to reach out to others. Through involvement in various ministries and missions, we were able to have impact and influence on people throughout the community. We saw God use these efforts to bring people to himself.

More tentacles from that Missouri pastor and his wife.

God even allowed me the opportunity to personally lead some to Christ. If he could use me as a part of that, he certainly can use anyone.

Among those that we were able to see come to Christ were my daughter and son-in-law on a visit to our church. Now they are faithfully serving Jesus and their church halfway across the country and are reaching people themselves. They also serve on mission to families going through childhood cancer and have seen God work powerfully through those efforts.

The tentacles now spread even further across multiple states. The tentacles reached our grandson who is now having an impact in other’s lives as well.

Recently, we celebrated the tentacle touching the lives of our son and his family also in new and exciting ways. Our daughter-in-law’s background as a child growing up in the difficult world of foster care will, no doubt, give her opportunities to use her faith story to impact and help many as the tentacles spread even further.

And just like the biological family tree, the faith family tree multiplies from there with each person along the way having impact on the faith of others  in an ever expanding sphere of influence that I can trace back to one pastor and his wife that I had never met.

WHAT ABOUT YOUR FAITH STORY?

So, that is my unfinished story of how God can use the faith of one set of parents and their godly influence in the life of their child to impact an untold number of people. So, what about your story?

Your faith decision is the most important decision that you will ever make for yourself, but it is so much bigger than that. Your decision will impact everyone close to you starting with your own family, but it can also impact multitudes that you can’t even begin to comprehend.

God has a plan to use your faith to advance his mission on this earth. Your decision will have an impact for generations to come. The stakes are enormous — the “what ifs” profound.

You see, your faith matters— to a whole lot of people!

Copyright © 2019. Used with permission. No part of this article may be reproduced or reprinted without permission in writing from Lifeword.org.