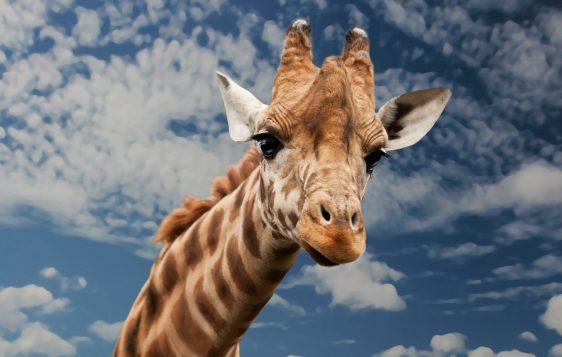 This past week on our vacation, Shaun and I went through the Tennessee Safari Park. It was so fun!

Animals would come right up to us because they knew there would be food: donkeys, deer, ostriches, camels, llamas, alpacas, and even a giraffe!

We saw zebras and wildebeest but didn’t want to chance it with those (we heard the zebras bite and well, the others have horns).

We laughed until our sides hurt at these amazing creatures. I mean, have you ever looked at an ostrich? Isn’t that the craziest thing you’ve ever seen? It’s a HUGE bird! It literally looks like something Jim Henson created.

We were both in awe of the giraffe because of his size and gentleness. As we drove up, he was already waiting at his fence and slowly leaning his long neck down toward our car window and reaching right into the bucket of food. It was incredible to be that close to him and see how tall he really was.

Every animal we saw, I kept thinking, “Wow, God, YOU created this. YOU spoke these very creatures into existence!”

” Every animal we saw, I kept thinking, “Wow, God, YOU created this. YOU spoke these very creatures into existence!” “

God created fish, birds, reptiles, mammals and every single animal. Up until this point in Genesis, everything God had created has been inanimate. But now, we see creatures that move, eat, have eyes to see and even quirky personalities: curious goats, spastic squirrel monkeys, cuddly dogs, anti-social cats and the list goes on.

Our God did that. And again, in perfect order.

He created the animals before humans for a reason.

He created the plants of the earth and the waters before animals for a reason.

Each would be needed by the next for survival, whether for food or for shelter.

God thought of everything.