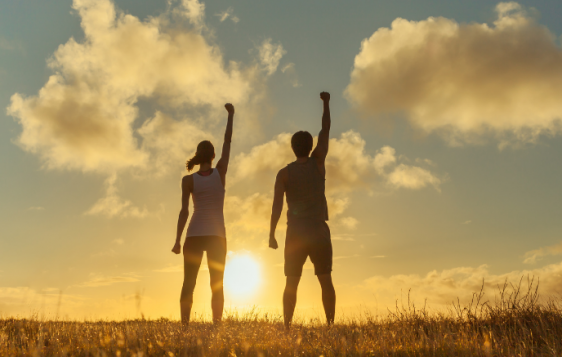 Whether that’s our careers, our families, unforeseeable tragedies or a global pandemic that continues to steal people’s lives and create chaos.

We can’t see the future, but with a plan . . . life sometimes feels a bit more in control.

Until it spirals out of control.

What then? What do we do? How do we get through the storms in life where we feel trapped or helpless? What about those of us who are just trying to get through another day?

How do we find hope and joy?

I’m not the expert. I struggle with understanding scriptures, and I want to ask God why, just like Job did when everything was taken away from him.

Or like David, anointed to be king then on the run for his life for over a decade.

Or like Elijah, who felt so alone and afraid he wanted to die.

Or like Jonah, who understood God’s love and compassion and his own prejudices that stood in the way of obeying God . . . Didn’t work out so well for that prophet (though at least the big fish spit him out).

Or even like Jesus, when he raised his eyes upward and said, “My God, my God, why have you forsaken me?”

Sometimes it’s easy to feel forsaken in a world that’s permeated with stress, bills to pay, and the brevity of life.

But this is where faith comes in. The ability to trust beyond what we see, what we know, what we can experience.

The ability to believe that God is bigger than any storm, considering he has the power to silence one (Mark 4:35-41)!

In Hebrews 11, the author eloquently says that faith shows the reality of what we hope for, and it is the evidence of things we cannot see.

So faith isn’t something wishy-washy; it is the assurance that when we go through rough patches in life and our plans are falling to pieces, there is something larger at work if we place our trust in God (Proverbs 3:5-6).

And if we remember that we are not alone and that God does NOT forsake us but meets us where we are, we can have hope.

Hebrews chapter 11 lists “heroes of the faith”. If you are hurting right now, if you feel forsaken, if you feel lost . . . please find encouragement from this passage of the many who came before you who had difficult circumstances but faith brought them through. Here are those warriors and their stories of victory:

Abel brought a more acceptable offering to God than Cain did, proving that he was a righteous man.

Although Abel is long dead, he still speaks to us by his example of faith.

Enoch was taken up to heaven by God without dying because he pleased God, and it is impossible to please God without faith. Anyone who wants to come to him must believe that God exists and that God rewards those who sincerely seek him.

Noah obeyed God and built a large boat to save his family. He believed God’s warning about a worldwide flood caused by rain, even though such a thing had never happened before.

Noah received the righteousness that comes by faith.

Later God tested Abraham and told him to offer his son Isaac as a sacrifice, which Abraham was ready to do even though God had said,  “Isaac is the son through whom your descendants will be counted.” Abraham assumed that if Isaac died, God would bring him back to life again.

Abraham confidently looked forward to a city with eternal foundations that was designed and built by God. And because of his faith in God, he was willing to sacrifice his son.

Sarah, who was barren and too old to have a child, believed that God would keep his promise that a nation would come from her husband Abraham, and that nation would be more numerous than stars in the sky and the sand on the seashore.

Jacob, full of faith when he was old and dying, blessed Joseph’s sons and bowed in worship.

Joseph, when he was about to die, said confidently that the people of Israel would leave Egypt, so he commanded them to take his bones with them when they left.

Moses’ parents, full of faith, hid their newborn for three months when he was born. They saw that God had given them an unusual child and fearlessly disobeyed the king’s command.

Moses refused to be called the son of Pharaoh’s daughter and chose to share in the oppression of God’s people instead of enjoying the fleeting pleasures of sin. Thinking it was better to suffer for Christ’s sake than to own the treasures of Egypt, he was looking ahead to his great reward.

The Israelites faithfully believed God’s promises and went through the Red Sea like it was dry ground, but when the Egyptians followed, they drowned.

Rahab the prostitute faithfully obeyed God and was not destroyed with the people in her city who refused to obey God.

And there are many more stories of faith people who . . .

shut the mouths of lions, quenched the flames of fire, and escaped death

turned their weakness to strength

became strong in battle and put whole armies to flight

were tortured, refusing to turn from God in order to be set free

were jeered at and their backs cut open with whips

were stoned, sawed in half, and killed by the sword.

All these people earned a good reputation because of their faith yet none of them received all that God had promised.

The author of Hebrews concludes his role call of the faithful by saying, “Therefore, since we are surrounded by such a huge crowd of witnesses to the life of faith, let us strip off every weight that slows us down, especially the sin that so easily trips us up. And let us run with endurance the race God has set before us . . . by keeping our eyes on Jesus, the champion who initiates and perfects our faith . . . ”

My prayer is that you are encouraged today and know that by faith, anything is possible.

And the God who made the universe sees your faith. He sees you (Genesis 16:3).

You are not forgotten, dear child of God. You are loved. For God loved you so much that he died for you on the cross that you would have everlasting life. So even when the world throws curveballs, and it’s hard, and life is tough, this is not the end.

It’s only the beginning of a life of joy and peace through Jesus’ death on the cross.

Copyright © 2021 @https://mxtv.show/blog/ No part of this article may be reproduced or reprinted without permission in writing from Lifeword.org.