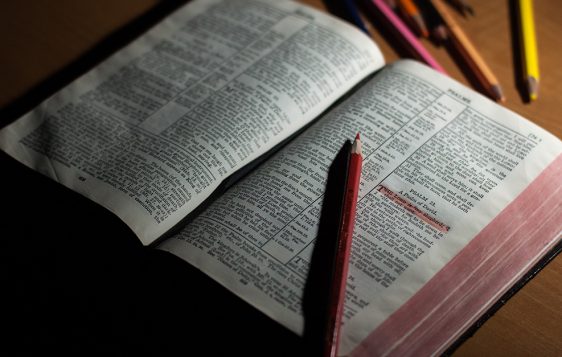 For both the student and critic alike, a bow must be made towards the inexpressibly unmatched content of the Bible. Even though its content is thoroughly disagreed with, the sheer claims the Bible makes, the paramount topics, and the immense range of those topics, seals Scripture as the boldest book ever written.

Only the Bible delves into:

It’s impossible to ignore that the Bible is not tribal. It doesn’t apply to just one type of people group. It’s not constricted to one age. No . . .

It has fed the minds of farmers and MIT graduates. It has been studied and prayed through by millions of Christians in both private and corporate devotion, sometimes freely, other times in severe government persecution. It has been expounded, explained, and proclaimed by thousands of ministers.

This is worthy of contemplation.

Though a culture (like ours) can tire of the Bible, at the exact same time on another part of the globe, a different culture is awakening to its glory.

Scripture might be “old-fashioned” to us, but it is never outdated. One day, we will circle back around to its worthiness

“How?” one is destined to ask. “How is one book capable of transcending all peoples and times? How can one book transform any sort of person?”

It is a simple, praise-worthy yet profoundly disagreed upon answer. The Bible’s author knows (and loves) every heart; and can therefore speak the heart’s language.

To students of God’s Word, dive in harder than ever before, taking confidence in the ability of God’s Word to handle such incredible content. It is the boldest book ever written.

And to the critics, what you believe about the Bible right now will be dismantled if you’ll only pick it up and read it. Scripture is hated most by those who know it least. Give it a try as millions have. And in it, find satisfaction.

Copyright © 2020 by Justin Talbert @ https://getgroundedministries.com/2020/01/21/the-boldest-book-ever-written/. Used with permission. No part of this article may be reproduced or reprinted without permission in writing from Lifeword.org.