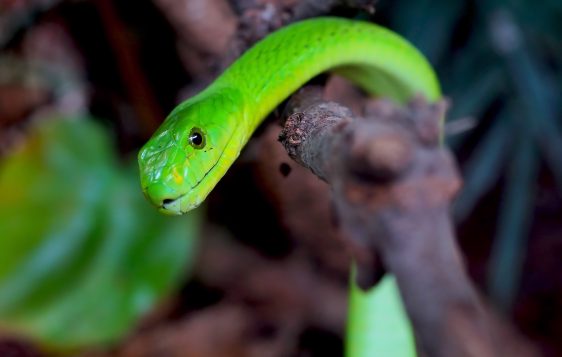 Lurking in the shadows, hooded, disguised and with an intent to harm, criminals prowl on innocent victims.

With a quick google search, it’s easy to find that the most serious criminal activity happens in the darkness, in the dead of night. Their actions seemed to be concealed and they think they can get away with it.

Satan is no different.

He disguises himself, enters in unknowingly, and he begins to destroy in subtle ways.

“Now the serpent was more crafty than any of the wild animals the Lord God had made. He said to the woman….” (Genesis 3:1)

Whoa, whoa, whoa… Ok, so when do serpents talk? Obviously, we are dealing with more than an animal.

This is Satan, disguised as a serpent.

So, the next question is, how did he get there and where did he come from?

Satan is also known as Lucifer. Lucifer was an angelic being, created by God to serve Him. He was an angel of light, beautiful to look upon but he was full of pride.

“How you have fallen from heaven, morning star, son of the dawn! You have been cast down to the earth, you who once laid low the nations! You said in your heart, ‘I will ascend to the heavens, I will raise my throne above the stars of God; I will sit enthroned on the mount of assembly, on the utmost heights of Mount Zaphon. I will ascend above the tops of the clouds; I will make myself like the Most High.’ But you are brought down to the realm of the dead, to the depths of the pit.” (Isaiah 14:12-15)

Lucifer, one of God’s angels, rebelled because He wanted to be the center of worship. In this passage from Isaiah, look at how many times he says “I will.”

These statements of self-exulting pride are what caused God to cast Satan from heaven.

In this beautiful garden, the place of perfection, Satan enters for destruction.

That’s always his plan. But as we will see, God has an even greater plan – one that rescues His people and destroys Satan forever.

Just as we learned yesterday, everything is in His perfect timing. God is the same yesterday today and tomorrow.

For that, we can be thankful and praise our Lord!