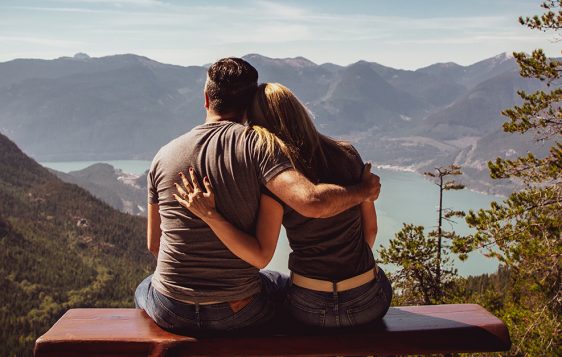 Let’s face it, divorce is commonplace in America today and it almost seems rarer for a couple to stay together for their whole lives.

What’s also rare is the Biblical concept of marriage – between one man and one wife for the rest of life. But, because marriage has been around since the very beginning, Scripture is full of information regarding this topic.

I would like to dial it back to the beginning and the four basic purposes of marriage to show what it is supposed to look like – and not the distorted version we often see these days.

1.     Marriage is for companionship.

Then the Scriptures say God saw something not good. God said, “It is not good that the man should be alone,” (Genesis 2:18). So, God fashioned a helper, a woman, to serve as a companion for the man (Genesis 2:21,22).

Marriage provides the companionship we need as human beings. This companionship is built upon a foundation of commitment, trust, intimacy and fidelity.

God gave instructions to Adam and Eve to reproduce and have children:

“And God blessed them, and God said to them, be fruitful, and multiply, and replenish the earth.”(Genesis 1:28)

God’s will is for sex to be within the confines of the marriage relationship (Hebrews 13:4), which means children should only be born from a married couple.

3.     Marriage is to prevent sexual immorality

Moses tells us a man and wife will become one flesh, referring to physical intimacy (Genesis 2:24).

This passage cuts to the heart of the matter: Any and all sexual relationships outside of the marriage relationship are sinful and immoral!

4.     Marriage is a picture of a believer’s relationship with Christ.

The Apostle Paul told the church in Ephesus:

“‘For this reason, a man will leave his father and mother and be united to his wife, and the two will become one flesh.’ This is a profound mystery—but I am talking about Christ and the church. (Ephesians 5:31-32)

The marriage relationship illustrates the union of the believer with Christ. Jesus said a couple who recites their wedding vows is somehow mystically joined together in marriage by none other than God himself.

The secret to a great marriage is being united on three levels with your spouse.

The Bible teaches God created man, “in his own image” (Genesis 1:26,27).  Because God is a Trinity (God is Father, Son, and Holy Spirit), man was created as a three-part being—body, soul, and spirit.

The union of one man with one woman in marriage is to be a union on each of these three levels in order to attain God’s ideal.

Notice these three levels of union:

The sexual relationship is so important that the Bible commands neither the husband nor the wife should withhold sex from the other:

Do not deprive each other except by mutual consent and for a time, so that you may devote yourselves to prayer. Then come together again so that Satan will not tempt you because of your lack of self-control.” (1 Corinthians 7:2-5)

But this is not where marriage ends, only where it begins.

I often counsel with married couples that engaged in premarital sex before they were married. Eventually, these couples will tell me because the sex was “great” they thought sex was an adequate basis for a permanent relationship and so they got married.

The physical relationship is extremely important in marriage. However, if a marriage is based on nothing but physical attraction, it is probably headed for divorce court. When the glamour and excitement wear off, as it always does, the relationship is finished.

Any marriage that is based purely on physical attraction will end in indifference, divorce or adultery.

Is sex important to a marriage relationship? Yes, it is.

Can sex hold a marriage together?  No, it cannot!

I am referring to the mutual sharing of thoughts and ideas between a husband and his wife and how they both feel about those thoughts and ideas. This unity keeps both marriage partners heading in the same direction. If not, then the couple will be pulled apart.

Communication is how you remain in unity. And it just so happens that communication, to me at least, is why so many people divorce.

The important thing is not “when” you communicate it is in the fact that you do communicate on a daily basis!

Someone has rightfully said, “Relationships are not formed, they are forged, and in the forging process there is heat.” For two sinners to live in such close proximity to one another there has to be a supernatural power to love and forgive one another. This supernatural power can only come from God Himself.

In conclusion, it is difficult for a person to go through life alone and it is best when there are three: you, a faithful friend, and God.  Donald T. Kauffman offered this insight:

“A good marriage is not a contract between two persons, but a sacred covenant between three. Too often Christ is never invited to the wedding and finds no room in the home.”

Remember the strongest marriage is made up of three strands: God, you and your spouse.

Copyright © 2020 Lifeword.org . All rights reserved. No part of this article may be reproduced or reprinted without permission in writing from Lifeword.org