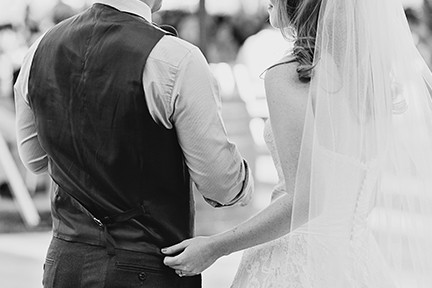 It occurred to me last night that my parents would have been married 42 years today. Instead, they have been divorced for 22.

Although they had been separated a couple times before, they divorced  after twenty years of marriage. It seemed crazy that people could be married for that long and then still divorce.

My mom was only twenty years old when she got married, my dad twenty-one.

I’m sure my dad must have loved her (or at least thought he did) and was filled with those early feelings of rapture and bliss as they dated.

I’m sure my mom took joy in planning her wedding (even though she was never big into hair, makeup, clothes, or lavish decor) and had wonderful dreams about what her future would be like.

I wonder what the first years of their marriage were like before I was born. It didn’t occur to me until last night that they were married almost seven full years before I was born, so they had a prolonged kid-free, “honeymoon” stage. Did they enjoy each other then?

I know they had rocky times right before and immediately after I was born. He was having an affair with a coworker and had moved in with her because they were “engaged” even though he was a married man.

He was physically abusive to my mom and beat her within an inch of her life when she was pregnant with me. In my recollection of her accounts, that was the first time he had hurt her, although I don’t know if it really was.

He came back shortly after I was born, after much pleading and praying on my mom’s part.

They separated for the second time when I was in third grade after he had hurt her again. This was the incident I actually witnessed, and as an unsuspecting, ignorant child, I thought this was the first time he had ever hurt her.

Later on as a young adult I had to come to terms with the fact that just because I hadn’t witnessed any of the other times, it didn’t mean they didn’t exist behind closed doors. We lived with my grandparents for a few months until they reconciled.

They separated again around seventh grade after another incident of abuse, and I spent almost a year living with an aunt and cousin while my mom alternated between a shelter for abused women and her parents’ house.

When the divorce was final, my mom and I lived in Section 8 apartments in St. Charles, Missouri, while she drove me to school every day in Hazelwood. Staying in the same school was important to me because it was the only stable thing in my life at that time.

We finally got our own house in Hazelwood with the help of my grandpa. My relationship with my mom after the divorce was in turmoil she never acted like the adult in charge and I was a disrespectful teenager, even though I was a “good kid” with mostly straight A’s.

You never would have thought my dad was the abusive “type”. He was a very dependable person:

an ideal neighbor (quiet, took meticulous care of his lawn/house/car

never left the trash cans out too long, or let his dogs bark past 8 pm)

never went out with “the guys” (or out at all)

never did drugs or alcohol.

But it’s the heart that matters, not outward appearances.

My dad also was not a believer. He only went to church with us a few times, and that was when he was trying to reconcile with my mom. To this day, I don’t think that he has ever repented and trusted in Christ to save him of his sins.

I digressed a little bit from talking about marriage, but all of this was to say that marriages are difficult. They are brimming with unrealistic expectations and, hence, unfulfilled longings.

When two selfish sinners (even redeemed sinners) join their lives together and try to co-habitate, it can be a messy process.

The best of earthly marriages are Christ-centered and reflect the gospel in a good, albeit imperfect, light.

Man- or self-centered marriages reflect the gospel in a poor light.

Having Christ is the foundation of a good marriage. If your marriage hinges on Jesus, and you and your spouse are constantly falling on your knees crying out to him to sanctify your marriage, praise him!

Good marriages are a blessing and should be celebrated! Keep looking to Christ daily to make you and your spouse more like him and less like your old self-centered nature, which will make your marriage even more beautiful.

If you and/or your spouse do not have Christ, it is not too late to ask him to redeem you, your spouse (or both of you), and your marriage.

He is the only solution for lives and marriages torn and tarnished by sin, because Jesus took the curse and punishment of all our sin on himself and paid it in full on the cross.

Look to him, repent, and believe!