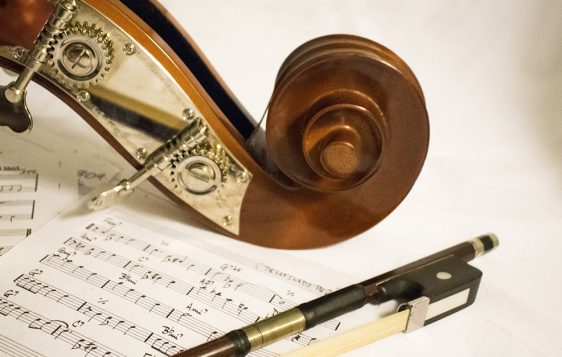 Yet with woes of sin and strife

Beneath the angel-strain have rolled

And man, at war with man, hears not

The love song which they bring;

And hear the angels sing!

This is a stanza of “It Came upon a Midnight Clear” that no one has probably ever read or heard sung before.

The famous Christmas song about angels singing and peace and good will to all men with the birth of the King has another meaning that is not as famous.

The song was written in 1849 by a man named Edmund Hamilton Sears, a Harvard graduate, who was a Unitarian minister in Massachusetts on the eve of the Civil War.

“It Came upon a Midnight Clear” is based on Luke chapter two when the angels announce to the shepherds in glorious fashion that Jesus is born. But the sequel has a surprise ending: protesting the impending Civil War.

According to Sears, sin, strife, wrongs and war can block out the lovely song of peace the angels sing.

There are several principles that can be taken from this man and his music:

I bet angels can sing pretty well, and I’m sure the shepherds were blessed to be a part of “the nativity story,” as we like to label it.

But can you imagine that night?

It was probably another ordinary night with ordinary sheep when something extraordinary happened: The King of Kings was born, and shepherds got a wakeup call.

“There were shepherds living out in the fields nearby, keeping watch over their flocks at night. An angel of the Lord appeared to them, and the glory of the Lord shone around them, and they were terrified. But the angel said to them, ‘Do not be afraid. I bring you good news that will cause great joy for all the people. Today in the town of David a Savior has been born to you; he is the Messiah, the Lord…’ Suddenly a great company of the heavenly host appeared with the angel, praising God and saying, ‘Glory to God in the highest heaven, and on earth peace to those on whom his favor rests.’” (Luke 2:8-14)

On top of sounding, I don’t know, angelic, the angels were not pretty women or cute babies. If they were, the shepherds would not have been so afraid. I digress, but the stereotype of angels being beautiful women or chunky babies is annoying and maybe degrading to the real angels who are awesome warrior dudes.

But anyway, the shepherds were able to be part of a divine blessing. And what Sears is trying to convey in his Christmas carol is that if we are not careful, we can miss out on something God has in store for us.

If we are not careful, we can continue to live in violence that has carried on for two millennia.

If we are not careful, the nation could be split into two and 620,000 Americans will die in the bloodiest war of U.S. History.

Oh wait, that did happen.

2. God gives peace to the weary.

In the current third stanza, Sears writes about how hearing the angels sing can bring rest and gladness.

And ye, beneath life’s crushing load,
whose forms are bending low,
who toil along the climbing way
with painful steps and slow,
look now! for glad and golden hours
come swiftly on the wing.
O rest beside the weary road,
and hear the angels sing!

“Life’s crushing load” sounds pretty miserable, along with “toil along the climbing way,” and “weary road.”

But there is hope from the despair of the world: Jesus.

Remember? The angels are announcing the coming of the King, and with him, there is rest.

In Psalm 34 it says the Messiah is near to the broken hearted and saves the crushed in spirit. In Matthew 11, Jesus says himself that he offers rest for the weary.

“Come to me, all you who are weary and burdened, and I will give you rest. Take my yoke upon you and learn from me, for I am gentle and humble in heart, and you will find rest for your souls.” (Matthew 11:28-29)

This Christmas season let us remember the peace and joy God gives, even when life is hard.

Let’s take a moment to listen to the angels sing and remember all the blessings God has given us.

Obviously, a nation headed straight for the deadliest event in American history can seem pretty dark and depressing, especially for those who foresee the bloodshed and the horrors of brother shooting brother and neighbor against neighbor.

However, something good did come from the end of the Civil War – the slaves were freed. Although it would be another hundred years until African American people would receive the same privileges as white people, they could no longer be sold like cattle, at least legally, in the South.

When life seems bleak, there is hope.

There will always be light at the end of the tunnel, and in the final chapter of this world as we know it, light will claim the victory over the darkness.

“Jesus spoke to them, saying, ‘I am the light of the world. Whoever follows me will not walk in darkness, but will have the light of life.’” (John 8:12)