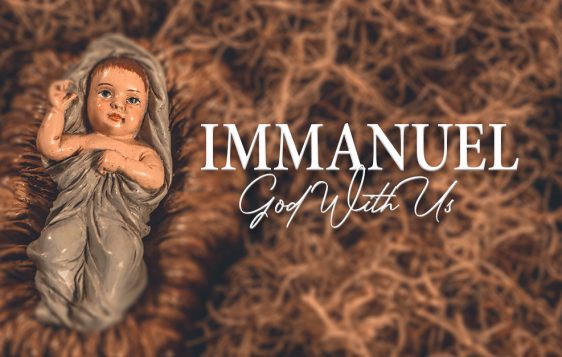 God’s promise of giving us a Son as a Savior is a beautifully consistent note that reverberates throughout the entirety of Scripture. It started in the garden with a promise to Eve and proceeds throughout the Old Testament, ultimately finding its fulfillment in first century Rome through the man called Jesus of Nazareth. The likelihood of one man fulfilling all of these promises in one lifetime is profoundly unlikely and unprecedented in history.

Thus, his birth, life, death, and resurrection truly are the greatest miracles that the world has ever witnessed.

In the following section are the promises that God makes to His people throughout the Old Testament. Each promise is mentioned in chronological order, and the reader should notice that each successive promise gets more specific as time goes on. This is the astounding work of God, that he gives an unmistakable representative to be our saving grace. There is no question that the man who fulfills these promises is none other than the man, Jesus Christ.

These are the promises of a Savior, that God is with us:

And I will put enmity between you and the woman, and between your offspring and hers; he will crush your head, and you will strike his heel. – Genesis 3:15

This verse is widely known as the proto euangelion, the “first gospel.” The Bible begins with God creating everything “good,” reaching its culmination in the humanity he makes in his image as representatives to rule and steward his good world.

Adam and Eve not only represent the first humans, they represent humanity as a whole, and when they decide to define what is “good” on their own terms they ultimately forfeit their trust in God, resulting in consequences and exile.

Despite the consequences, God gives them a promise that from Eve’s offspring will come a child that will crush the serpent’s head, but not without the serpent inflicting pain on him as well. Humanity is now poised between two types of offspring: the woman (God’s offspring) and the serpent (Satan’s offspring).

The promise is that there will be a “seed” that will come from Eve’s offspring and ultimately conquer the evil that humans have introduced into the world. This is the first prophecy of “Immanuel.”

GOD’S PROMISE TO A NATION

God gives Abraham a promise that his family will become a nation that will represent God’s people and be a blessing to other nations and a light to the world. Although the nation represents this official “seed,” it will be a singular physical descendant from that nation. This is why Paul says in Galatians 3 that the promises were spoken to Abraham and to his seed. The Scripture does not say ‘and to seeds,’ meaning one person, but ‘and to your seed,’ meaning one person, who is Christ.

Furthermore, the promise of this offspring is not exclusively physical, but spiritual as well. The true children of Abraham are those who share in his faith, not necessarily his physical lineage (Romans 9:6-8, Galatians 3:7). Although the coming offspring will come from a specific nation, the scope of God’s concern is still global.

GOD’S PROMISE TO A TRIBE

Then Jacob caledl his sons and said, “Gather yourselves together, that I may tell you what shall happen to you in days to come… The scepter shall not depart from Judah, nor the ruler’s staff from between his feet, until tribute comes to him, and to him shall be the obedience of the peoples.” – Genesis 49:1, 10

Abraham’s grandson, Jacob, calls all twelve of his sons together to tell them what will happen to them in the future, and he tells his son Judah that from his tribe will be the lineage of Israel’s kings.

“Scepter” and “ruler’s staff” are terms of royal language, and the phrase “until tribute comes to him” is an allusion to the event when Judah replaces Ephraim as Israel’s leading tribe. To put it more simply, Judah will be the tribe that will have royal prominence among all the other tribes, and it is his tribe that will conceive the royal line of David, from which the promised “seed” or “offspring” will come.

The phrase, “and to him shall be the obedience of the peoples” is the allusion to the One that line of kings will come from, the promised “offspring” that we see in Genesis, and also in Abraham’s family.

GOD’S PROMISE OF A KING

King David, from the tribe of Judah, has been given a promise by God that his offspring will come from his body and that he will have a kingdom that will last forever. This immediate prophetic word from God refers specifically to Solomon, David’s son, but finds ultimate fulfillment in another son that will be born in a later time. This particular passage is known as the “Davidic covenant” although the word “covenant” does not actually appear.

This covenant sets up the anticipation for the rest of the storyline of the Bible- the anticipation that YAHWEH will provide a King that will rule with justice and righteousness and bring security and “shalom” to all of God’s chosen people. Israel now awaits this coming King, this “New David” that will secure an eternal reign under God’s rule.

GOD’S PROMISE OF A SON

Behold, the virgin shall conceive and bear a son, and shall call his name Immanuel. – Isaiah 7:14

For to us a child is born, to us a son is given; and the government shall be upon his shoulder, and his name shall be called Wonderful Counselor, Mighty God, Everlasting Father, Prince of Peace. Of the increase of his government and of peace there will be no end. – Isaiah 9:6-7

Approximately 300 years after David, God uses Isaiah to give a promise to the King of Judah of a coming seed that will be born of a virgin and whose name will be “Immanuel” Immanuel means “God is with us” designating that God is faithful to the covenantal commitment to his people.

This child is later described as a warrior King who will usher in an everlasting government. He is called:

Wonderful Counselor – He will rule with wisdom and perfect strategy

Mighty God – He will be a perfect representation of God Almighty

Everlasting Father – He will rule with love and protection, true to an ideal Father role

Prince of Peace – He will bring rest and security, subsequently resulting in peace among all people

GOD’S PROMISE OF A BIRTHPLACE

But you, O Bethlehem Ephrathah, who are too little to be among the clans of Judah, from you shall come forth for me one who is to be ruler in Israel, whose coming forth is from old, from ancient days. – Micah 5:2

The Lord now says through the prophet Micah, a contemporary of Isaiah who promised offspring will come from Bethlehem Ephrathah. “Ephrathah” is the district that Bethlehem was located in, and just as David was little among his brothers (making him an unlikely King), so Bethlehem is an unlikely place for a promised Ruler to be born.

His coming is from old, or from “ancient days.” This indicates the offspring’s ancient lineage, pointing back to the promise given to Abraham. Furthermore, it can also refer to an eternal origin. This ancient promise is now going to be conceived in the little, unlikely town of Bethlehem, the same town of which King David was born. This builds anticipation for the “New David.”

Consistent with the attributes described earlier, this Savior will bring security and be great with an everlasting reign.

IMMANUEL IS GOD WITH US

Remarkably, God’s promises have been consistent and increasingly specific as the human narrative unfolds throughout time. Unmistakably, Jesus steps on to the scene of history fulfilling all the requirements of “Immanuel” in the biblical story. Jesus Christ is the son of Abraham from the tribe of Judah, born from David’s lineage from a virgin in the little unlikely town known as Bethlehem. He is our qualified Representative.

Only God can carry out his promises, and yet this is what we see perfectly in the person and work of Jesus. We see God becoming his promise, entering into our world as an act of unfailing commitment to not leave us in a state of failure and sin.

We see God providing light in a world that we have clouded with darkness.

We see God’s unfailing pursuit to get back what we have lost.

We see heaven and earth colliding as Jesus enters into our world, absorbing the accumulative weight of our sin and consequences, nailing them to the cross, and defeating them with his resurrection.

We see God fighting our battle and taking victory on our behalf.

We now have true hope.

We now have true healing.

Truly, we now have “God with us” in Jesus.

Copyright © 2019 by Jason Pierce @ https://jasonpierce.org . Used with permission.
No part of this article may be reproduced or reprinted without permission in writing from Lifeword.org.