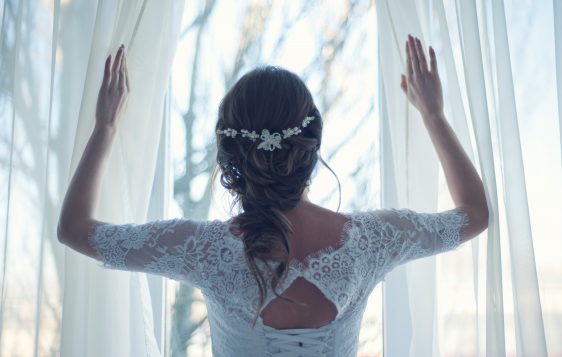 You can feel the love in the air.

The music is playing, and everyone is excited.

The bridesmaids have made their entrance and have taken their rightful places.

The preacher stands at the front with his Bible and notes.

The groom, dressed in his tux, handsome and beaming with pride, waits at the end of the aisle for his beautiful bride.

But back at the door, where the bride usually comes through, there’s a hesitation.

People start to shift in their seats.

The groom tugs at his collar and flashes a, “Everything is fine” smile and whispers through his teeth, “Where is she?” to his best man.

She must have worn tennis shoes underneath her gown because the bride has run away.

In her mind, somehow it solves her problem. She can run from it and not have to worry about the consequences of her actions.

In the book of Genesis, Jacob also runs away from his brother, his family and his home.

Why? Because Jacob has now taken away Esau’s birthright and blessing.

When Esau returns from hunting, he learns what his brother had done and is distraught. He begs his father to bless him as well, but, sadly, Isaac tells Jacob he had already given Jacob everything.

“Esau held a grudge against Jacob because of the blessing his father had given him. And Esau determined in his heart: ‘The days of mourning for my father are approaching; then I will kill my brother Jacob.’” (Genesis 27:41)

When Rebekah hears of his plan to kill Jacob, she acts quickly and tells Jacob to flee in order to save his life.

However, she tells Isaac a half-truth, and says she wants to send him away so he can marry someone from their family and not a Canaanite. So, Isaac blesses Jacob and sends him away and Esau’s anger only festers.

I can’t imagine how Isaac must have felt after he was deceived by his own son. And Jacob, instead of staying to own up to his mistakes and face the consequences, he runs.

How different things might have been for him if he had waited on God to deliver the blessing to him instead of taking it into his own hands.

Running will not solve our problems.

It may delay a consequence, but eventually, it will catch up to us.

I’m guilty of this and I know you are too. Instead of owning up to our sins, we run from God.

We avoid conversation with Him.

We pick out others’ sins to focus on while we are also sinful.

We don’t read the Bible because it tends to make us feel bad about something we’ve done, but we don’t want to face it.

While the issue you are dealing with may be tough and might seem impossible or unbearable, it must be dealt with and resolved. And only God can help you through that.

As Christians, we are the bride of Christ.

Why leave Him standing there waiting? Don’t run from Him, run to Him!

Whatever is on your heart today you’ve been pushing back, bring it to the Lord.

It’s OK to be vulnerable. Jesus was for us on Calvary.