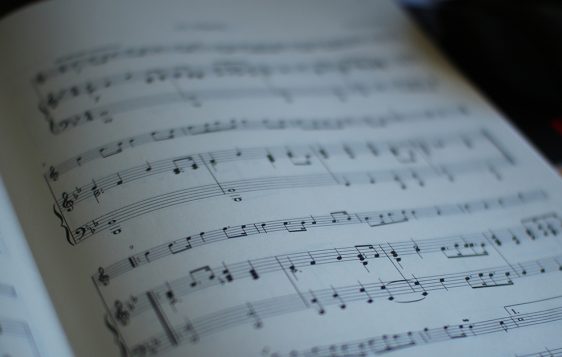 The text above comes from the third stanza of “Silent Night,” a beloved Christmas song that has been sung to celebrate the birth of Jesus Christ for centuries.

Interestingly, if it wasn’t for a broken organ, we would not have this melodic hymn today.

On December 24, 1818, a priest was preparing for his midnight Christmas Eve service in the Austrian Alps. Father Joseph Mohr had a problem, though; the church’s organ was broken, which made the music he had planned for the congregation obsolete.

But God has a knack for using broken things for his glory. And Father Joseph decided to write a song that could be sung without an organ. So more than 200 years ago, this man scrawled down the lyrics for “Silent Night.”

His organist was able to quickly come up with a melody to accompany the words and that night the song was sung for the first time by the Church of St. Nicholas in Oberndorf.

The hymn soon became famous and was even performed before the king and queen of Austria by the Strasser children. It was published in a German hymnal in 1838 and translated for an English book of Sunday school songs in 1863. Not to be cliché, but the rest is history.

This Christmas season, when we hear this song on the radio or maybe even sing it on Christmas Eve with lit candles, let us remember three principles that can be taken from its origin story:

I’m sure Father Joseph became a little anxious when his organ was broken on Christmas Eve. His congregation was coming, and they probably had expectations of how church that night was supposed to be.

But God was able to use something broken to make something better – to inspire a song that would give Jesus glory for centuries.

How many times do we look at the broken things in our lives and think, “God could never use that.”  Or “I wish I had never gone through this.”

But amazingly, God can use anything, even our pasts that might be riddled with addiction, divorce, abuse, loss, or anything else we might think should be shoved into a closet and forgotten, to reveal his transforming power to others.

So, when you sing this song, think of the experiences that God planned for your life that he has used for his glory.

An unusable, broken organ brought about a beautiful song to be written, and he can do the same thing in your life. He transforms brokenness into beauty; you only have to give him room in your life to do so.

Father Joseph had a plan, but God had a better one.

Silent Night would never have been written if Father Joseph’s original song plan was sung that Christmas Eve.

God’s plans go hand and hand with his purposes and his ways in order to live in his will – which is to bring glory to God. They are the why, the how and the what.

Often, many people want to know God’s plans for them right off the bat, but God doesn’t work that way. We must live in his purpose and in his ways first.

God’s purpose is the why in our life. This why is our meaning in life and why Christians are supposed to pursue a life of holiness.

This means we try to have an attitude of selflessness and to focus on seeking God and loving others over our own self interests.

Once we know his purpose, we strive to know his ways and his attributes to fulfill that purpose.

Knowing God’s ways, or his truth, requires opening the Bible and intentionally spending time with him. The only way we can be close to God is if we are “abiding in his Word.” There is a reason Jesus said his disciples are the ones who seek out truth (John 8:31).

We cannot be obedient in God’s ways unless we know how to be obedient to God. Before we can begin to know God’s plans, we must be able to see everything through the lens of Scripture because God will never call us to do something that goes against it.

Finally, God’s plans are what he calls us to do.

God usually speaks to us in three ways: through his Word, through other people or through our circumstances.

And sometimes, he won’t tell us directly, he will just let events happen like an organ breaking.

No matter what, though, his plans, purposes and ways are better than anything we could ever achieve without his direction in our lives

.#3 – God will always exceed our expectations.

The congregation of the Church of St. Nicholas were probably expecting an organ to lead the singing that night.

However, I don’t think they were disappointed by the guitar that led them through the new hymn, “Silent Night.” And if they were, they were probably missing out on the blessing God had in store for them.

Romans 8:28 says, “We know that all things work together for the good of those who love God, who are called according to his purpose.”

Obviously, I don’t think that “good” means he is promising we will all be millionaires, we will never be sick, or we will never face hurts or hardships.

But I think he works behind the scenes in our lives in order to bring good out of whatever our circumstances might be.

So, in the case of Silent Night, not having an organ might have initially been disappointing.

But, if we love Jesus and seek after him, he will never disappoint us. Silent Night, which declares the holiness of God and his Son’s miraculous birth, has been a testimony to the truth of the gospel for two centuries.

And God used it as part of his plan, once again exceeding man’s expectations.