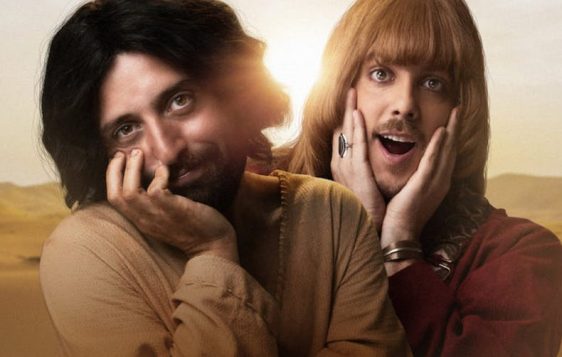 This Christmas season, Netflix released a host of holiday movies. One of them, a satirical comedy, is called The First Temptation of Christ. This movie depicts Jesus as a gay man, bringing home a boyfriend on his thirtieth birthday (the year that, according to the Bible, his ministry started). Immediately, Christians rallied against the film, with over a million petitions to take the movie off Netflix. Many said that Netflix would not dare mock the god of any other religion, only Christianity.

Like everyone else, I was outraged. I didn’t honestly believe it when I first read about it, so I went to IMDB to double-check the facts. As it turned out, it was true–the movie is about exactly what people were saying it was. I was horrified and saddened, although not surprised. In the weeks since then, I’ve seen a continuous presence of posts asking for others to sign the petition to have the movie removed. And don’t get me wrong–there is nothing wrong with that. It’s great to see so many standing up for our Lord’s name.

But we shouldn’t expect any less.

Christ himself warned us this would happen. In John 15:18, he said, “If the world hates you, be aware that it hated me before it hated you.” Jude 1:18 says, “In the last days, there will be scoffers (mockers), following their own ungodly passions.” All throughout Scripture, we see God and his people mocked, derided, and satirized. This movie is no different.

So, in response to the statement that “they’d never make a movie like this mocking any other religion,” that’s true. They wouldn’t. Because our faith pierces the world to its core. They hate us. Other faiths do not have the same effect. In a way, as outraged as we should be to see our Lord mocked this way, it should be a reminder to us that he really is who he says he is, and what he says will come to pass, always will. He is still our Lord. He is still in control. He knew this would come. He told us as much.

When you consider the depravity of this movie and those who made it, it’s okay to be angry. It’s okay to wish the movie never existed and hope that Netflix will remove it (I personally find that unlikely, but time will tell). I hope they do. But above all, we should take this time to reflect on Christ and our dedication to him. If we can’t stand being mocked, we need to take a hard look at our faith and realize that he endured much worse. This movie is not going to bring him to his knees in defeat. It’s just one more pitiful, useless tool in the world’s arsenal against him that, ultimately, will not prevail.