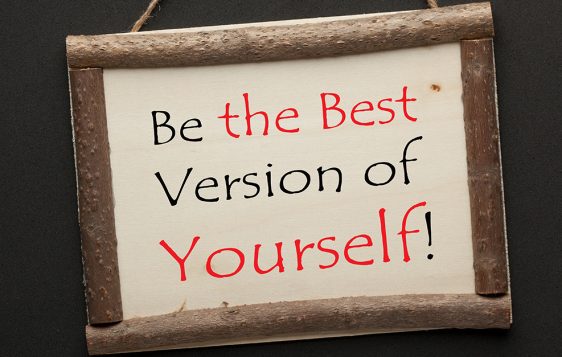 I love to please people. I work hard to achieve things- stupid, meaningless things or accomplishments that I think people will love me for . . . Only to wind up feeling empty.

I grew up with a brilliant older brother who is now a CPA certified accountant or will be when this is published since I have no doubt, he will pass his last section of his tests. For some reason, I always believed no matter what, I could be just as good as Zach, just as smart as Zach and just as athletic as Zach.

I would even ask my brother what grade he got in this class or that class in high school and even in college so I could beat him . . . But “beating him” never gave me complete satisfaction, I constantly felt the need to continue to prove myself.

I constantly felt the need to show my parents I could be just as successful, just as smart as Zach.

I could graduate with twice as many degrees as him.

I could maintain a 4.0 in college like he did.

I could have a job and be good at something and make a lot of money.

But it never seemed to matter. And honestly, my priorities were really messed up.

I needed to realize I could never be as good as my brother because God made us completely different and being better or more than my brother should not be my life goal.

But really, this all boils down to not ever feeling like I measured up or I was enough.

But I tried anyway. I tried my best to be “enough.”

I aimed to be the best. To have the highest grade in the class, to graduate in four years with 171 collegiate hours with two degrees and a minor, and to be successful at life.

I tried to be enough, on my own, and I failed. Because my standard of “enough” or “success” was skewed.

“Enough” is not getting a near-perfect score on the ACT like my brother did.

“Enough” is not having a career where I never have to worry about money and being able to provide for my spouse too.

“Enough” is not thinking life is perfect. Because life isn’t, and the rocks and the ditches I’ve tumbled through have given me some scrapes, scars and bruises but have only made me stronger.

Enough is who Jesus says I am. Enough is finding contentment in being HIS child, and no one else.

The Apostle Paul also seemed to have tried to “be enough” before coming to Christ. He was a Pharisee, he zealously persecuted followers of “the way” (Christians), he was a Hebrew of Hebrews, and lived by the law in order to “be enough” for God and to prove himself to others.

Esther did not think she was “enough” to save her people, but Mordecai told her she had been placed in the position of queen for such a time as this.

Shadrach, Meshach and Abednego knew they were not “enough” to survive the fiery flames but trusted God would deliver them.

Gabriel did not think he was “enough” to be a mighty warrior and deliver the Israelites from the Moabites.

Solomon tried to find “enough” in riches, in women, in infrastructure, in military might . . .  and he came up empty realizing only God can truly satisfy.

Moses did not think he was “enough” when God called him to lead the Hebrew children out of Israel. And he had been a prince!

Obviously, I’m not alone when sometimes I catch myself thinking I am not “enough.”

And Satan would love it if I listened to his voice and kept throwing pity parties on how I will never be “enough.”

But God says I am enough.

I was enough for Jesus to die on the cross for, and so are you.

If you struggle with self-worth or feeling like you need to achieve something in order for people to love you . . . Well that’s me sometimes. You are not alone.

But it is all a lie.

The devil wants us to believe we are alone in our struggles and God could never use us.

And if we believe and listen to the wrong person instead of believing the truth of God’s Word, then that’s self-fulfilling prophecy.

So, believe with me today about who God says you are – chosen, loved, redeemed, forgiven, treasured and adopted by a father who has done everything for you.

“Love consists in this: not that we loved God, but that he loved us and sent his Son to be the atoning sacrifice for our sins” (1 John 4:10).

See? God loved us first. He did all the work for us; we don’t have to try to “be enough.” Because that toilsome and empty road will only leave us empty. Trust me, I know. But once we realize who is enough and that he can make us “enough” we can experience ultimate joy and peace.

With Jesus, I am enough. And so are you.