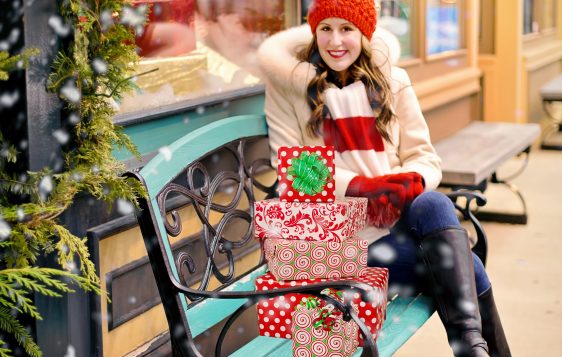 Even if you’re an atheist, you know that Jesus is the reason for the season.  It’s unpopular and politically incorrect today to use the term Christmas, but the truth has been around since his birth 2,000 years ago. No one disputes that he lived and died. There are just too many eyewitness records, too many accounts from all kinds of people, including people who don’t even believe he’s the Son of God and choose instead to label him an incredible moral teacher.

But Christians know the truth, and it goes much, much deeper than his moral teachings that make him the most significant figure in all of history (Time magazine) and the most quoted person of all time (almost every Google search list).

Christians began celebrating Jesus’ life and death within 200 years of his birth. Oddly, though, Christmas seems to have had its beginnings as a pagan holiday. (And speaking of Google, that is an interesting story you should “google.”)

Regardless of the reasons his birth began to be celebrated, Jesus was born and died within a span of 33 years, but during three of those years, he proved to be the most radical truth-teller who ever existed. Then, to prove his divinity, let’s not forgot that death was not the end of this strange and despised man: He conquered the grave then ascended into heaven!

Jesus was divine, the Son of God, and the highly-anticipate-for-centuries Savior of the world.

Since he was also called “teacher,” what did he teach? It’s all there in the red letter edition of the Bible’s New Testament and recorded by the people who knew him best, his twelve disciples and his faithful followers.

Sadly, most of the ways we currently celebrate Christmas run directly counter to the radical and profound words of the man rejected by his own people.

But perhaps this is the lesson we need the most during this season of excess that requires us to give generously to our local economies rather than to those in need:

Step one, Jesus said, is to consider youself last instead of first. Mark records this teaching in his gospel account, verse 35 of chapter nine: “And he sat down and called the twelve. And he said to them, ‘If anyone would be first, he must be last of all and servant of all.’”

Jesus doesn’t just say we’re at the bottom of a list of priorities; he says we should consider ourselves servants. Radical words then and radical words now. Today’s philosophy is to be good to yourself, pamper yourself, love yourself.  Doing so will mean happiness, our culture tells us.

Shopping and gift-giving aren’t bad; it’s the many excesses that Jesus didn’t come to earth for.

Step two, then, is to love Jesus fully and completely, and step three, Jesus says, is simultaneous. In Matthew 25, he used his favorite teaching tool, the parable, to explain how that’s possible. This one is about a king separating the sheep from the goats:

When you love me, Jesus says, you love the disenfranchised.

When you love me, you love the poor, the forgotten, the sick, the outcasts.

If you surrender your life to me, you will automatically love all people, you just can’t help it!

Which leads to step four: Serve others and do it from your “firstfruits.” Give financially and sacrificially (your time, your talents) to others first, not from your leftovers. It’s a crazy notion for the world, but it’s what Christians are called to do.

But it’s not about you or me, it’s about Jesus. Let him take your life and use it for his glory, especially during Christmas when others focus on the excesses, not the reason for the season.