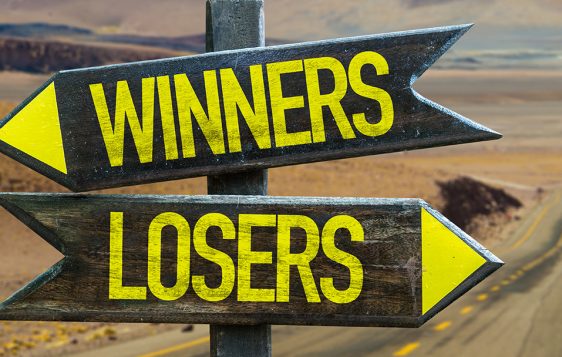 There are many games in life – and most people try to win.

If a board game is rolled out around the family table, whether it is Monopoly, Risk or a card game . . . only winning matters.

My competitive side is so great it’s gotten to the point that my husband won’t play board games with me anymore.

Because, wanting to be a winner, I don’t like to lose. And when I’m winning, I might relish victory a little too much.

What does “winning at life” look like? It’s living a satisfying life that’s whole, complete and content.

It’s trusting that, at the end of the day, it’s not our strength that gets us through daily toils and trials but knowing our God will win our battles for us.

There are many stories in the Bible where heroes of the faith face insurmountable odds and certain death. But instead of freaking out and high tailing it in the opposite direction, they trust in God.

Gideon started out living in fear, until God called him out to overthrow the Israelites’ oppressors – the Midianites.

We meet him in Judges chapter six, threshing wheat in a winepress, to hide it from the invaders.

The angel of the Lord shows up, sits underneath a tree, turns to Joshua and says, “The Lord is with you, valiant warrior.”

Gideon replies to the angel by asking, “If the Lord is with us, why has all this happened to us? And where are all the miracles our ancestors told us about? Didn’t they say, ‘The Lord brought us up out of Egypt’? But now the Lord has abandoned us and handed us over to the Midianites.”

So instead of being excited about an angel of God popping out of nowhere, Gideon is cynical. He doubts God and thinks Israel has been abandoned, even though he has heard the stories of the same God leading them out of Pharaoh’s clutches and into the promised land – where he is currently.

The Lord’s response to this is, “Go with the strength you have, and rescue Israel from the Midianites. I am sending you!”

Undeterred, the Lord reminds him once more he is not going to be fighting the Midianites alone, and victory is assured.

Gideon asks for a sign, gives an offering, which the Lord sets on fire easy-peasy, and then vanishes from sight – to the great fear of Gideon.

After Gideon gets his heart right by tearing down the family’s idols and building an alter to the Lord in its place, God gives Gideon the power to assemble the warriors of Israel in order to drive out the armies from Midian.

But once more, Gideon asks for not one but two more signs.

Of course, God doesn’t let him down, and the next morning, Gideon squeezes out the fleece into a bowl of water – though the surrounding ground is completely dry.

Gideon decides he has to be absolutely sure and asks for God to do the same thing, just in reverse. The next morning, the ground is soaking but the fleece is dry.

Except there’s one more catch: God tells Gideon to send over 30,000 of his men home, leaving only 300 and the promise of deliverance.

Gideon and his servant go down into the valley where the other camp is, and listens in on a conversation that confirms, once more, that God has given him the victory (Judges 7:12-14)

The time is now; after many assurances from God, Gideon acts. He divides his men and gives everyone a ram’s horn, an empty pitcher and a torch.

They surround the camp, blow their horns and smash their pitchers! With the Israelites’ torches lit, the camp is sprung into confusion thinking they are completely surrounded and outnumbered. The Midianites flee, cry, and even kill each other.

Israel has the victory – with only 300 men and a mighty God on their side.

What battles has God called you to fight?

Or is every day a struggle? We shouldn’t feel like losers – beat up and beat down all the time just trying to get through the end of the day.

Without living in surrender to Jesus, we will be empty and only longing for more.

What is beating you up right now?

What are you afraid of? Are you hiding out in fear like Gideon was? Are you asking for signs to know for sure that God wants you to do something?

God makes us the same promise he made Gideon.

Do you live in victory or do you let past failures or present temptations beat you down to the point where you have lost sight of your purpose?

Copyright © 2020 by Melody Turner @ https://mxtv.org/living-victorious/. Used with permission. No part of this article may be reproduced or reprinted without permission in writing from Lifeword.org