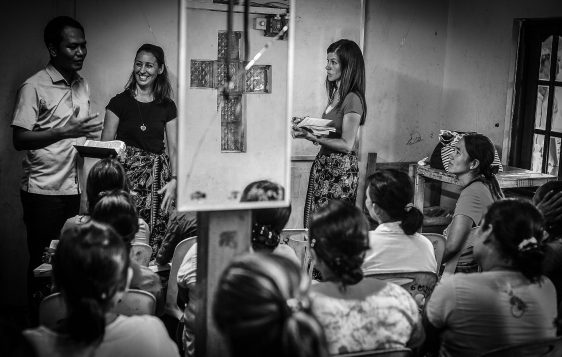 An inventor struggled with a problem and was determined to find a solution. He worked for months through sleepless nights and non-stop trials to only result in failure. One night a friend stopped by and saw what the man was trying to do. He offered a small suggestion and left. The man tried it, it worked, and then made millions off of his invention… Never giving credit to the right man.

In the book of Genesis chapter 14, the opposite happens. Abram gives credit to where credit is due.

A war has broken out as several kings come together to fight against the King of Elam because they were tired of giving him money. But the king, Chedorlaomer, reacted quickly and reconquered every city, taking with him spoil and captives, including Lot, Abram’s nephew.

Abram learned of the events taking place and gathered a small army of men to chase down the king to get his nephew back. They attacked him near Damascus and recovered Lot, his family, and their possessions.

The king of Sodom and the other kings offered treasure to Abram. However, Abram refused to take it from the kings and said, “‘I have raised my hand in an oath to the Lord, God Most High, Creator of heaven and earth, that I will not take a thread or sandal strap or anything that belongs to you, so you can never say, ‘I made Abram rich.’” (Genesis 14:22-23)

Abram was a righteous man who wanted to give credit where it was due.

In that moment, Abram could have said, “I did this. I deserve the credit. I put together the army. I defeated the kings. I restored the people and their possessions. I am the victor.” But instead, he wanted the people to see it was God who was the victor!

What has God done in our lives that we take the credit for?

Today, reflect on the light of His glory and let others see the only good in us comes from Him.

Shine your light for Jesus! He deserves the credit.