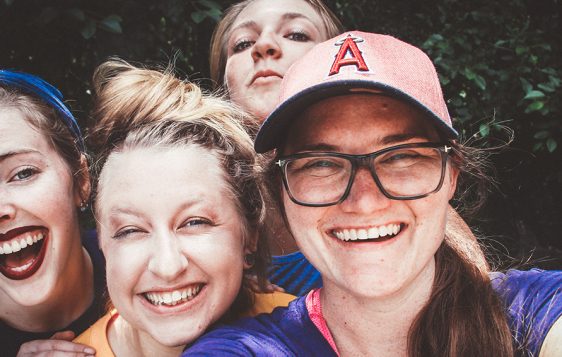 The students in your church’s youth group must now think more deeply than you realize, because being labeled “Christian” no longer generates respect. It actually causes animosity from the majority of their peers and sometimes from teachers as well.

Christian teenagers were once labeled “nice,” “good kid,” etc., but today they are “judgmental,” “close-minded,” “bigoted” and “stupid.”

The Christian faith is no longer assumed to be based on truth — or even considered a morally good “religion” even if it was true — so teenagers and college students must be equipped to deal with hard questions.

Moralistic Therapeutic Deism is now America’s default religion and is especially appealing to teenagers. Here are its tenets:

1. A god exists who created and ordered the world and watches over human life on earth.

2. God wants people to be good, nice, and fair to each other, as taught in the Bible and by most world religions.

3. The central goal of life is to be happy and to feel good about oneself.

4. God does not need to be particularly involved in one’s life except when God is needed to resolve a problem.

5. Good people go to heaven when they die.

Here is one of those typical hard questions:

“If God doesn’t want people to sin, but he knew that Satan would convince Adam and Eve to sin, and that sin would cause all these terrible things in the world to happen to people, then why did he create Satan and allow him to go into the garden?”

Answer that off of the top of your head if you can.

Now, imagine being a teenager at school and being asked, “If your God is so powerful and loving, why are children literally starving to death in Africa?”

“If your Jesus loves you, why did he let ISIS murder and rape thousands?”

“If your God loves me, why are my parents abusive?”

“Why do you Christians care so much about stopping two men or two women who love each other from getting married? Isn’t ‘the greatest of these love? Aren’t you supposed to love your neighbor as yourself?”

A pastor told the story of a teacher at his daughter’s school who literally made the class stand on separate sides of the room depending on whether they agreed with or opposed same-sex marriage.

Only his daughter and two or three others wound up on the “opposed” side. His daughter was later approached in the hallway by girls from that class and informed that because of her position, regardless of the reason, she was a “f***** b****.”

This is reality for the American Christian teenager. What is your church doing to equip them? Your youth group has to be more than a holding tank with pizza and games before college. It also has to do more than continually preach the dangers of sex, drugs and alcohol. Those things are easy to avoid compared to the intellectual attacks your students are facing.

It is time to focus on the battle for your students’ minds more than just making sure they behave. Right thinking will lead to right behavior.

Pat answers: Clichés, clever one-liners and “Christianese” are not helpful. Hard questions need real, thoughtful answers. I sometimes wonder if these are avoided because the faith of the person who is supposed to be the mature Christian is shaken a bit.

You to know everything: You don’t know everything and that’s OK. You want to gain a student’s respect and trust? Learn and live this phrase, “I don’t know, but let’s do some digging and let the Holy Spirit guide us to the answer together.”

Watered-down theology: Young people are not as dumb as they sometimes act. They’re not. They need deep theology now, not when they are older. Big topics take big amounts of time. Go slow.

If you want mature students, start feeding them real spiritual meals. Sometimes, we get it backwards and won’t take people off the “milk” until we think they are spiritually grown. How is a person supposed to grow to maturity on a diet of milk alone? Force-feed those kids some meat of the Word.

And here are some things your students do need:

Authenticity: Kids can smell a setup from a mile away. Don’t try to be cool. Just be yourself. If you are putting on a show for church, being hypocritical or your answers feel scripted, youth will tune you out.

Training in Christian philosophy: For many, these are uncharted waters. Why would I use the word philosophy? Because philosophy deals with logic and how to think.

The world knows how to corner and trap your students. They need to recognize the flaws in logic that lead to the traps. For example, if a teacher asks students to pick sides on a moral issue, it’s likely a trap that will ostracize those on the unpopular side.

But what if a student refuses to choose and instead says something like, “Teacher, I’m not going to choose a side unless we can first establish what makes anything wrong with anything?”

You to do your homework: Are there things in this article that are foreign to you? Do you know anything about Christian apologetics? If you answered “no,” that’s fine! Just pick a word and go type it in Google and learn. There is always more to learn about the things of God. Force-feed yourself some meat of the Word.

Ultimately, all these things must be done with the intention of reaching a lost world. Our initial reaction might be to pull away from the world and insulate our youth from it, but they are salt and light to a big mission field. And while it is hard, the gospel living through them still reaches the lost. Right thinking leads to right doing, and right doing gives glory to God, even from the unbeliever (Matthew 5:16).

Now, let’s finish the story about the girl who had to chose sides on same-sex marriage in class:

A few weeks later, a boy who had sided with the majority approached her in the hallway. He told her that he saw her at a gas station where a homeless man was sitting outside. He saw her go in and come out of the convenience store but then she sat in her car for a few minutes. She then got out, went back into the store and bought the man a sandwich.

He also saw her hand the man something else, hug him and say something in his ear. The boy asked her, “What did you give him? And what did you say?”  She told the boy the same thing as the homeless man; “Jesus loves you,” and handed him a card with the basic outline of the gospel on it.

Now that boy has spoken up for her and those same girls who had called her a b**** have informed her that they think she is just about the nicest person they know.

Your young students can reach people whom you cannot. Let’s look past their youthful goofiness and invest in their potential.