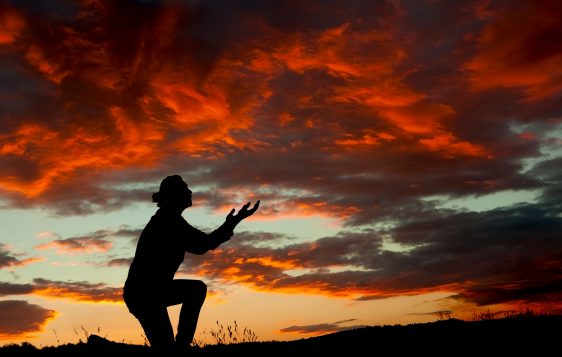 Parents often need to run an errand or go out for a bit and they look to the kids to take care of themselves for just a little while. As mom looks at 3 kids lined up, she says to one of them, “you’re in charge”.

Which one did she pick? Was it the oldest, the middle, or the youngest? More than likely, it would be the eldest. But what if this time, she chose the middle child? What would happen then?

Rebellion. A revolution. War. A fight for power!

I’m sure the oldest would have tried to recruit the younger to go up against their sibling who was now their leader. They weren’t satisfied with the jobs they were given by their parents, they wanted power. The kid didn’t ask to be put in charge. But that was the job given.

What would happen if the other two didn’t listen? She would have to go to her parents and tell them of their disobedience. But don’t parents always know anyways?

This scenario plays out before our eyes in the book of Numbers. The children of Israel have continuously disobeyed God and are forbidden to enter the land He had promised to them. They are made to wander in the wilderness. Life resumes but they still aren’t satisfied.

A group of men, led by Korah, start a rebellion within the camp. God had given jobs to the tribe of Levi to work in the tabernacle. There was much to do for offerings and sacrifices. God had put Moses in charge, and now, these men were tired of doing their job. They wanted the power of the priesthood.

They saw the favor Moses had with the Lord and the prestige and power that came from the job. Sin started to eat at their heart. Jealous, they formed a group to take over and approached Moses.

“And they rose up before Moses, with certain of the children of Israel, two hundred and fifty princes of the assembly, famous in the congregation, men of renown:And they gathered themselves together against Moses and against Aaron, and said unto them, Ye take too much upon you, seeing all the congregation are holy, every one of them, and the LORD is among them: wherefore then lift ye up yourselves above the congregation of the LORD?” (Numbers 16:2-3)

When he says “ye take too much upon you”, that means, you think too highly about yourself. You think you are better than us.

But Moses didn’t ask to be the leader. God called him to do it and he obeyed. The Lord placed these men in service to the tabernacle, but greedily, they wanted more. This rebellion from the men would cost them more than they bargained for.

“And Moses said, Hereby ye shall know that the LORD hath sent me to do all these works; for I have not done them of mine own mind. If these men die the common death of all men, or if they be visited after the visitation of all men; then the LORD hath not sent me. But if the LORD make a new thing, and the earth open her mouth, and swallow them up, with all that appertain unto them, and they go down quick into the pit; then ye shall understand that these men have provoked the LORD. And it came to pass, as he had made an end of speaking all these words, that the ground clave asunder that was under them: And the earth opened her mouth, and swallowed them up, and their houses, and all the men that appertained unto Korah, and all their goods. They, and all that appertained to them, went down alive into the pit, and the earth closed upon them: and they perished from among the congregation. And all Israel that were round about them fled at the cry of them: for they said, Lest the earth swallow us up also. And there came out a fire from the LORD, and consumed the two hundred and fifty men that offered incense.” (Numbers 16:28-35)

Those that disobey God and disregard His authority and righteousness, which includes who He appoints as leaders, will face punishment. Look at the severity of this rebellion!

Don’t think for a second that God is not in control. Just because something may have happened that doesn’t seem to fit with what you think God should have done, does not mean you know everything. God uses men, good and bad, to accomplish His will. Even the souls of those that were martyred for Christ’s sake, cry out to the Lord asking when will they be avenged!

Lord, forgive me for trying to tell you how to do things. I think I know what’s best for me, my family, my friends, my church, my nation, and Lord, I know nothing. You have placed me right where you want me. I will faithfully follow you! And I will trust and obey, even when it’s hard and I’m tempted to take control. You see and hear all. You know what the future holds because you are already there. I will trust in you!