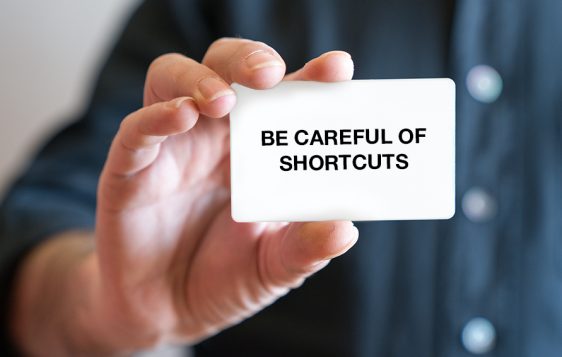 More than five years ago, I was on a mission trip in the Dominican Republic with my grandfather, my cousin, and a church from Jonesboro, Arkansas.

We were doing church-planting ministry in the mountains of Ocoa, which involved walking around the area talking with people, praying for people, and inviting them to different events we were having that week (movie night, married couple’s night, children’s recreation, etc.). By the end of the week, it is normal for a group to have a “fun” day that involves doing something native to the place you are in.

So my grandfather suggested we venture to Costanza to see beautiful waterfalls.

We all piled into vans and set out – the catch? My grandfather believed there was a “shortcut” through the mountains that would get us to the waterfalls hours faster.

Needless to say, it took us five hours to get to the town we were headed to only to discover that we had passed the waterfalls on the way up.

So instead, we all ate pizza at a restaurant and tried their strawberry shakes (this town is the only place on the island where it is cold enough to grow strawberries), and then headed back to Ocoa, which took another good, long while.

On the way back, if someone saw any type of water flowing – they’d say, “Hey, look Pablo (my grandfather), a waterfall!”

Needless to say, the next year we went to the beach instead rather than spending 10 hours seeking waterfalls.

More importantly, we all learned  that shortcuts don’t necessarily get you where you want to faster or even lead you to the final destination!

Have you taken a ‘shortcut’ in life? How did that work out for you?

Let me tell you another story about a shortcut the Israelites conspired to do thousands of years ago at the base of a mountain called Sinai. Moses (the author of the Pentateuch, first five books of the Bible) was busy having a meeting with God on the mountain with his aide Joshua at the time. Their business? Oh, just receiving ten commandments (and other instructions) that God was writing into stone. It’s the story of the golden calf – you might have heard of it.

Three months after escaping from Egypt and leaving behind the shackles of slavery, God led his people to Sinai and called Moses up to him.

While Moses was away, the Israelites grew restless. Unable to wait 40 days for Moses to come down, they turned to his brother Aaron and said, “Come, make gods for us who will go before us because this Moses, the man who brought us up from the land of Egypt—we don’t know what has happened to him” (Exodus 32:1).

Aaron replied to them, “Take off the gold rings that are on the ears of your wives, your sons, and your daughters and bring them to me.”

Aaron received the gold, melted it down, and shaped it into an image of a calf.
Then the people said, “Israel, these are your gods, who brought you up from the land of Egypt!”
Aaron built an altar for the idol of gold and declared a festival for it that lasted all day including offerings and debauchery (partying).

Now why would the Israelites so quickly forget the real God who had led them out of Egypt, showcasing his glory through plagues and crossing the Red Sea?

Well, they were looking for a shortcut, just like my grandfather trying to find the easy way to the waterfalls.

God’s chosen people wanted an idol that was easy and one they wouldn’t have to wait for.
Sadly for them, this infamous shortcut had costly consequences. The Lord saw what they were doing and wiped our almost them all of them, and threatened to rebuild without Moses. Instead, Moses interceded and walked back down the mountain with Joshua.

As they approached the camp to see the calf and the raucous activity, Moses became enraged and smashed the first set of the ten commandments. He took the calf they had made, burned it up, and ground it to powder. He scattered the powder over the surface of the water and forced the Israelites to drink it.

Furthermore, the immediate penalty was that 3,000 men were put to death by the Levites (the tribe of priests).

Moses went back up the mountain and said to God, “Oh, these people have committed a grave sin; they have made a god of gold for themselves. Now if you would only forgive their sin. But if not, please erase me from the book you have written.”

The Lord replied to Moses, “Whoever has sinned against me I will erase from my book. Now go, lead the people to the place I told you about; see, my angel will go before you. But on the day I settle accounts, I will hold them accountable for their sin.” And the Lord inflicted a plague (the second penalty) on the people for what they did with the calf Aaron had made.

Talk about consequences! Death, plague, and eternal damnation for worshiping a false God.

The moral of the story – shortcuts are not always worth it! Whether it is a quest to find a waterfall or something in your life you turn to when you are impatient with  God’s timing, the long way might be a better endeavor.
What are you waiting on God for today? Remember, “Strength will rise when we wait upon the Lord,” (Isaiah 40:31).
Trust in God today. Trust that he is bigger and better and has a reason and a purpose and a will for your life.

Copyright © 2021 Melody Turner @ https://mxtv.org/waterfalls/. Used with permission. No part of this article may be reproduced or reprinted without permission in writing from Lifeword.org