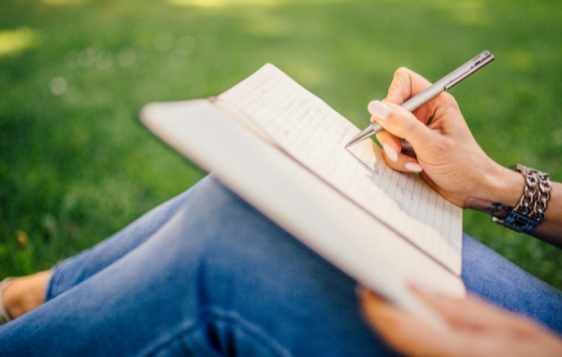 Yesterday, my pastor spike about new beginnings. It could easily have been a New Year’s message, but it wasn’t. He didn’t title it, but when he was done I thought of several things it could have been titled such as Decision Time, The Rest of the Story, Choices, etc., but I like the last four words of a quote he shared with us at the beginning of the message that ended with these words – “a brand new ending.”

The message was built around three women in Scripture: Rahab the Prostitute; Bathsheba, the eventual wife of King David; and Ruth, daughter-in-law of Naomi.

He then discussed how Rahab had made the choice to prostitute herself for whatever reasons (Joshua 2).

Bathsheba was the victim of King David’s choice not to go off to war when he was supposed to (2 Samuel 11).

Ruth was put in a position to make a choice due to something she had no control over – the death of her husband [simply put…a life circumstance] ( Ruth 1-4).

HOWEVER, it is significant to note, as Bro. Bobby pointed out, that in Matthew 1, five women are mentioned in the genealogy of Christ . . . Tamar, Rahab, Ruth, Bathsheba (wife of Uriah) and Mary (mother of Christ).

WOW! Somehow Rahab, Bathsheba, and Ruth created a new ending to their story. I want to encourage you as my pastor did Sunday: Most things in life aren’t “do over’s”. Remember as a kid playing ball you might call out “do over”! Well, we may not be able to have a do-over with that marriage that ended, or the loss of a job, or even those life circumstances that have knocked the wind out of us. But we can make a brand new ending from this day forward!

God’s Word, the Bible, tells us to “finish strong”. The world tries to tell us that the Bible is full of fairy tale stories, condemnations, restrictions, and irrelevant prophecies, but it’s actually the most hope-filled book you’ll ever read . . .And contrary to popular beflief, God inspired the men who wrote the Bible to include women, minorities, and the marginalized, making it the most radical book of all time!

Rahab, Bathsheba, and Ruth: a prostitute, a woman who cheated on her husband, and a desperately poor woman . . . all were hopeless and scorned by society. But all three made choices that radically changed their stories and ended up being mentioned in the most radical book of all time: the Bible.

Never doubt that if God tells us to do something He will grace us for the journey! You, my dear one, are being molded into the image of Christ. Get up! Dust the lies of the enemy off your britches, and “make a brand new ending!” Amen!

Copyright © 2022 by Vickie Arruda @https://purejoyinternational.blogspot.com/2011/01/brand-new-ending.html No part of this article may be reproduced or reprinted without permission in writing from Lifeword.org.