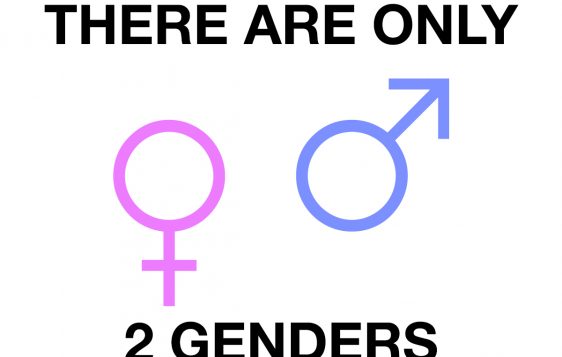 What do you do when your child asks an honest (yet culturally unpopular!) question? One that, if answered biblically, will lead to others hating them?

Truth is, children are so brimful of curiosity, and we adults so bleak at times, that their captivated-by-the-world minds take us off guard with the simplest of questions.

Apparently, family car-ride conversations make great fodder for blog posts! For real, though, is there a better time for family to chat than a car? Songs get old – I mean, how many times can you listen to “Hakuna Matata” before you punch a hole through the windshield and scream, “Ain’t no worries!”?

This time, Aksel, my 3-year-old, asked a question about . . . male and female parts. He wanted to know why there was a difference. It reminded me of that scene from Kindergarten Cop with Arnold Schwarzenegger. Anyway, however seriously I received the question, I couldn’t help but giggle.

Soren, our 4-year-old (“four AND A HALF!” he would correct), chimed in and made it very clear that “boys are boys and girls are girls.” Each of them have their own different parts. And it was Jesus who made them that way, and that’s that.

After stifling the giggle, I found my back stiffening. Why was I uncomfortable? I did agree with my son, right? Yes, I did. But it was Soren’s black-and-white, “Like, duh” response that shook me a bit. The question of sexual differences, of genders, didn’t faze him at all. And that made me momentarily uncomfortable. Here’s why:

As Jon Foreman wrote in his song Selling the News, “Opinion is easier to swallow than fact. The greys instead of the whites and the blacks. If you shoot it too straight it won’t come back . . . ”

Shootin’ people straight is uncommon today. For proof, listen to yourself speak. The phrase, “I feel like,” probably rolls off your tongue a dozen times a day, doesn’t it? I feel like (oops!) I do the same thing. But what does this phrase even mean? Can we get any softer? If words matter, we’re wasting them. Soren didn’t say, “I feel like.” He boldly stated what is.

As a pastor, I preach the gospel on a weekly basis. I understand unpopular and offensive, and all that. I’ve studied sexuality, and what the Bible teaches about it – and I’ve learned that so many disagree with what Soren said. I think my back stiffened because I could almost hear the outcry, “He’s a bigot! He’s intolerant! He’s full of hate!”

No, he’s a kid. And he’s calling it like he is. Which leads to the third reason.

My son’s right. And I told him that. Boys are boys and girls are girls. His child-like “obviousness” to the posed question shouldn’t be refuted. But celebrated. We’ve overcomplicated a simple matter.

Our post-truth society has left us with nothing to gauge reality with besides our feelings.

Soren saw right through that. The Bible does the same.

Now, this is a sensitive subject. There’s been a lot of hurt. I don’t mean to add to it. There must be compassion alongside truth. Which is why Jesus is the only hope. For those experiencing gender dysphoria themselves, look to Jesus.

He not only understands and sympathizes with those struggling with gender-related issues (Hebrews 4:15-16), his suffering on that cross brings believers into a relationship with God. His story doesn’t end with death, but resurrection!

Still, just as truth needs compassion, compassion needs truth. So, when my son asks me an honest question, I gotta answer it honestly, according to God’s Word, not the ever-changing 21st century popular opinion.

Our bodies are broken. Understanding ourselves is tricky.

But, I nodded at Soren in the rear-view mirror, and said, “Yes, son, there are two genders. You’re right. Boys are boys and girls are girls. It’s how Jesus made us. Not one better than the other. Differently. Perfectly. Complimentarily, like a peanut and jelly sandwich.”

Then, the angels descended and Soren said, “Wow, you’re the best dad ever.” Not. We got to the gym. I sweated, almost fainted, and then listened to “Hakuna Matata” the whole way home.

When our kids teach us

I learned from both my kids that day. This could happen more if I had my eyes open.

While Aksel reminded me how to ask honest, agenda-less questions, Soren reminded me to answer truthfully in boldness, yet always with grace. No matter the consequences.

Yes, son, there are two genders.

But know that that belief will lead to people hating you.

Copyright © 2019 by Justin Talbert @ https://getgroundedministries.com. Used with permission. No part of this article may be reproduced or reprinted without permission in writing from Lifeword.org.