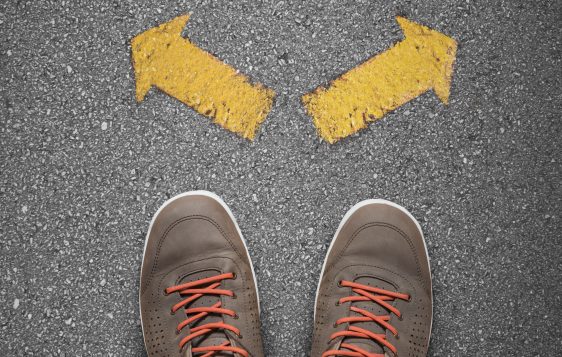 Mustard or mayo? Chocolate or Vanilla? Mountains or beach? Winter or summer?

Day in and day out, my MASH group played this game with fierce intensity. There was no middle ground. You had to choose a side. And when you had chosen winter over summer, there was a true division.

Moses called the people to a more serious decision to choose a side. He had just come from the top of the mountain where he had met with God and received the law. When he reached the camp, not only could he hear what was going on, he could see it with his own eyes. Fury raged through him as he saw the debauchery and vile acts of the Israelites. They had become impatient waiting on Moses, so they had decided to create their own god to worship.

You can take the people out of Egypt, but you can’t get Egypt out of the people.

Egypt had instilled in them a desire for the things of the world instead of God. The Nile River brought in people from all different countries, which meant all different religions and customs. The people had adopted the ways of these different groups and worshipped their false gods. So, when they fled from Egypt, their leader Moses was gone, that’s what they went back to. The gods they worshipped weren’t gods at all. Idols. Man made. But the ideas these idols stood for is what lured the people in.

They could do as they pleased and not be held accountable.

Their fleshly desires drove them to vile acts of immorality. Children were sacrificed. Priests had relations with prostitutes. They would dance naked and be drunk with wine. “Anything and everything goes” was their motto.

And it brought about their destruction.

Moses took a stand for God.

“And when Moses saw that the people had broken loose (for Aaron had let them break loose, to the derision of their enemies), then Moses stood in the gate of the camp and said, “Who is on the LORD’s side? Come to me.” And all the sons of Levi gathered around him. And he said to them, “Thus says the LORD God of Israel, ‘Put your sword on your side each of you, and go to and fro from gate to gate throughout the camp, and each of you kill his brother and his companion and his neighbor.’” And the sons of Levi did according to the word of Moses. And that day about three thousand men of the people fell. And Moses said, “Today you have been ordained for the service of the LORD, each one at the cost of his son and of his brother, so that he might bestow a blessing upon you this day.” (Exodus 32:25-29)

Judgment. It came in the form of the swift sword. When Moses asked who is for the Lord, only the Levites came. It’s a sad day when there are few that stand for what is right.

So, did Moses kill all the people that didn’t come? No, he ordered the men to kill those that were out in the streets of the camp. These were those who had been confronted with their sin and showed no remorse at all. They were openly committing these crimes against God. Those that had gone into their tents could have very well been seeking refuge because they knew they were guilty. More than likely they felt conviction for their behavior and turned into their tents away from the sin.

The Levites that joined Moses were ordered to kill the people in the camp. That’s a hard order. Moses even said, it might be your brother, but judgment must be served. Can you imagine? Why would these men be required to do it?

God held the Levites to a higher standard. They were to be the ones who stood for God, His law and teach the people. But they had done nothing to stop the chaos. They didn’t stand for what was right. They stood back and let the people do as they pleased against God. Now they would once again be called to something higher. They would have to hold the sword in their hand and see the great sacrifice for sin.

Do you believe that God takes sin seriously? You better believe it.

He’s called us to choose a side, too. Right now, there are people who are doing vile things just like the heathen nations. They have an “anything goes” mentality when it comes to religion. They have accepted false religions from all corners of the earth and call it freedom. They murder innocent babies and call it a choice. They destroy the sanctity of marriage and call it love. They stand for what they believe is right in their own eyes and deny God and His truth. They have removed Him from all authority and belittle those that follow God.

As Moses demanded that day, as believers, we, too, must take a stand. We cannot sit back like the Levites and allow such horrible acts to be done. If we are followers of Christ, it is our reasonable service to do that which honors Him!

One day, we will all stand before God and give an account of our words and actions. Knowing His truth, knowing the very words of God and what He has commanded of us and what He stands for, I cannot stand idly by. I ask the same question Moses did, who is with God? Let your voice be heard! Do that which is right according to the WORD of the Almighty GOD!