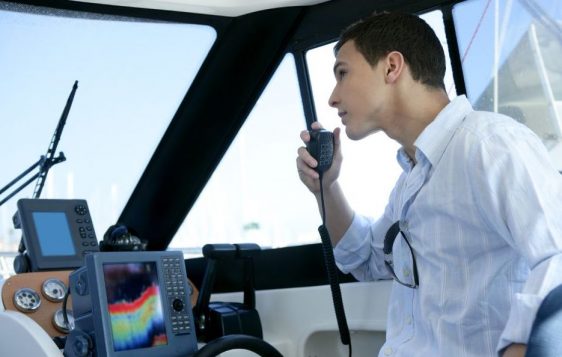 We stood on the balcony of the ship. The sun was setting across the ocean and it was beautiful. The sky was painted with beautiful blues, reds, pinks, purples, and oranges. Many people gathered on the deck to wave goodbye to the port. As we looked back to the area where we had spent the day, we saw tiny little things moving on the dock. What was that? We all moved to get a closer look.

Running, their arms flailing, loaded down with bags. We couldn’t hear them, but no doubt they were yelling for us to stop and come back.

But it was too late.

They missed the boat.

Defeated, we saw their arms drop down, their bags hitting the dock and heads hanging in shame.

As we disembarked that morning, the captain had given strict orders to be back at the boat ready to go at a certain time. He was gracious because we actually pulled away at a later time than he had originally said. Those were the last words they would hear their captain speak. They didn’t heed the warning. Perhaps they didn’t believe him? But they chose to do what they wanted to do and ignored the warning.

And they watched as their captain and their only way home left the port.

“O Jerusalem, Jerusalem, thou that killest the prophets, and stonest them which are sent unto thee, how often would I have gathered thy children together, even as a hen gathereth her chickens under her wings, and ye would not! Behold, your house is left unto you desolate. For I say unto you, Ye shall not see me henceforth, till ye shall say, Blessed is he that cometh in the name of the Lord.” (Matthew 23:37-39)

Jesus was speaking to the religious leaders once again. He had just shared with them the 7 woes, or ways they had grieved God. While there was judgment in the voice of Jesus, we can see from these three verses, there was also deep sorrow.

He gave the example of a hen gathering her chicks beneath her to protect them. That’s what God wanted to do for the nation of Israel. But instead, they turned away, denying that Jesus Christ was the Messiah.

They missed the boat, their only way home.

They had heard their Captain speaking, they had been warned, and yet, they chose to do their own thing.

And these were the last words God would speak to the nation of Israel.

“Behold your house is left desolate”. Jerusalem was the capital city. This is where the temple was. This was once the place where God’s glory had shone through the city upon the people. But now, God’s glory was being removed. The city would now be empty of the presence of God.

We have heard the word of God. We have heard the truth that we are sinners, there is nothing we can do that can save us of our sins, and our sins have earned us eternal separation from God in Hell. We know that Jesus, the Son of God, came down to earth to save us by dying on the cross, being buried for 3 days and then rising again, defeating hell and death! We also know that He offers to us the gift of salvation if we will believe in Him and surrender our lives under His love, will, and authority.

And for those that don’t, they will face His coming wrath upon the sinful world. It is coming soon. We have been warned. We have the instructions from our captain how to get on the boat to go home, but will we heed His warning? Or will we continue in our own way, and get left behind?

Don’t miss the boat on this one.

Now is the time to return to the Lord. Surrender it all today!