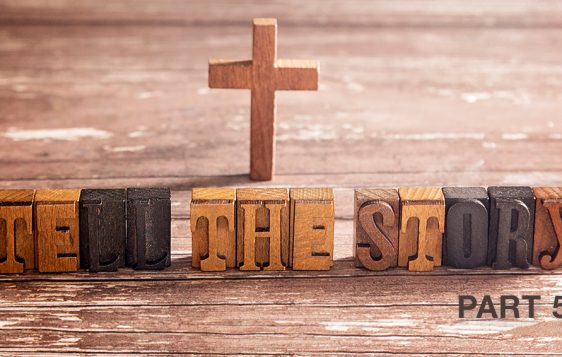 I am a dreamer. Not only do I dream every night, I can tell you everything about my dreams that seem like they’re an hour long.  I could tell you all about the crazy stuff I dream, which makes zero sense, but I also daydream. If you were to go inside my mind during the day, it would be like early morning traffic in the city:

This thought is going this way and there’s another one that zooms by going another way  and then here comes another thought passing by the other one because it was going too slow. Then I have this new thought that comes by . . . The highways of my thought life are constantly buzzing through my mind with ideas about projects and events.

The Apostle Paul apparently had problems with the same thing. He’s a guy whose head I’d really like to get into to understand the complete change of who he once was and who he became. In 2 Corinthians 10:3-5 Paul explained, “For though we walk in the flesh, we do not war after the flesh. For the weapons of our warfare are not carnal but mighty through God to the pulling down of strongholds. Casting down imaginations and every high thing that exalts itself against the knowledge of God and bringing into captivity every thought to the obedience of Christ.”

Paul wrote two letters to the church in Corinth: The first one was to instruct them on righteous living in a pagan culture.

The second one was to defend his authority and message against false teachers who questioned his authority. In his letters he was bold; he was very adamant about what they needed to do to live a righteous life. But in person Paul was very meek and humble.

Church members couldn’t understand how Paul could be the same meek person he was in his letters.  But they didn’t realize that as Christians, we don’t need carnal weapons to fight our battles.  We use the fruits of the Holy Spirit and the power of God himself through prayer, faith, and love to break down the strongholds Satan has built.

A stronghold is something holding you captive like a fortress or wall that has been built. Strongholds can come in many forms: pride, arrogance, false teaching, or lies. Those can be strongholds where a great battle is taking place. Paul said we’re involved in what’s called “spiritual warfare.”

Spiritual warfare takes place between our ears. Satan uses our thoughts that dishonor God to ruin our Christian witness, our stories. He wants you to think negative thoughts that may not seem like they’re hurting anyone, but what happens to a thought? It becomes an idea and an idea sparks emotion and emotion sparks temptation and temptation can lead to action, and that action can be sinful.

Satan also wants you to think you’re not good enough, that there’s always something or someone better, that you’re overwhelmed, lonely. He wants you to believe that some temporary satisfaction is enough to fulfill you. But Paul instructed us to take those thoughts captive. Verse five says, “casting down imaginations and every high thing that exalts itself against the knowledge of God and bringing into captivity every thought to the obedience of Christ.” When we have these thoughts that come into our mind how do we turn them around. How do we take our thoughts captive?

Let’s look at it this way . . . God is our king and we are the knight standing before him.  He has entrusted us with protection of the castle, and we serve him honorably, but one day we encounter a slithering, vile creature who wants to harm the king we serve. Do we let them get away with it?

No, we wouldn’t allow that. We would drag him before the king, make him bow down, force the vile creature to confess, then throw him at the King’s feet to be forced into obedience.  Paul said it this way in Romans 12:2: “be not conformed to this world, but be transformed by the renewing of your mind.  That you may prove what is that good and acceptable and perfect will of God.” The word renewing here means a complete change for the better. Being transformed by renewing your mind means a complete change for the better for your mind.

Stay focused on God’s will that is found by going to his Word. When those thoughts creep into our minds, whatever those thoughts are, we immediately bring them before the Lord in prayer and confession to renew our minds.

What do we refocus them on? Exactly what that Scripture said, on things that are true, honest, just, pure and lovely. Those are the things we need to be thinking about. With our thoughts now refocused on these things it should be easy the next time our thoughts stray, but we all know that everything takes time. It takes effort and it takes a true desire to change. Unless we truly have a desire in our hearts to change our thoughts they’re never really going to change.

The good thing is that you’re not starting from the bottom; you’re coming from a place of victory already.  Remember, the Lord has already defeated sin and death. We may struggle daily, but the Lord is our strength and our shield.

He is our strong tower. He is the one who leads us and it’s with his power and his might that we can even do this in the first place. So we’re not starting down here at the bottom. We’re already fighting from a place of victory and he’s just bringing us back.

“I can do all things through Christ who strengthens me.” Sometimes we take that scripture out of context and make it sound like because I’m a Christian, I can just do whatever I want, I can do all these great things. But no, it’s saying I can’t do anything except through Christ. Only because he lives inside of me can anything good comes out of me.

As we have thoughts that threaten to pull us down and cause us to believe a lie, remember what Paul said: Take every thought captive and follow the plan to repent, to bring that before God, renew our minds and refocus.

Repent, renew, and refocus. That’s how we take our thoughts captive.  I work with college students, and so many of them have decided to quit school. It’s just too much for them to try to do online. They’re hoping to get into medical school, they’re straight A students in super hard classes, and some of them are going into therapy because they’re thinking of committing suicide. I can’t imagine being at that place, but they feel alone, deserted, and without hope, even those who are Christians.