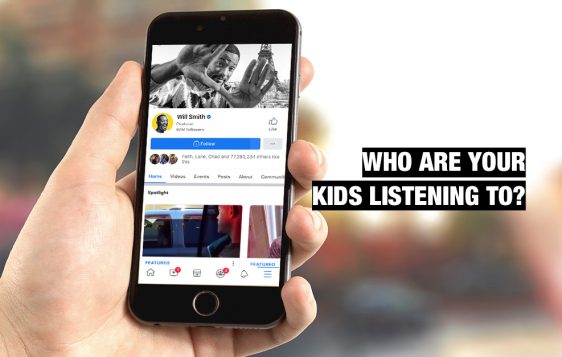 I had prepared for my speech to this group by doing a little research to see what’s hot and trending in pop culture to get a better grip on where teenage minds reside. So what was my research for this age group? The most recent broadcast of the Grammys.

During my fast-forward journey through speeches and performances, I grew more and more irritated with the outfits (or lack thereof), the extremely sexual choreography and the very dark and down right weird stuff.

After that, I skimmed through a couple more morally disgusting jokes and performances and called it a day. I didn’t watch most of it. I had seen enough.

As I thought about the “show” I started to feel my reaction coming on strong.  This is MESSED UP.  I was mad.  Why are we so eager to support, applaud and give credit to these people? Because they are famous, talented, beautiful and rich? I guess so.

Are people really this enthralled by raunchy sex appeal? Do we not see vulgarity as wrong anymore?  Morality has no place in our culture. Right is relative. Tolerance and acceptance are our only beliefs and Beyonce (Yonce’ as the girls I spoke to lovingly call her), JayZ, Katy Perry and the like are our nation’s most popular preachers.

Hollywood elite craft and deliver the message. We accept. They set the standard. We give them a golden statue and keep the cash flow goin’ so they can build their empires. It’s crazy. Ironically, many of their own children probably aren’t allowed to watch!

I thought about what I would say as I was driving to their school. I prayed, “Lord, what would you have me do?” At the beginning of my talk, I felt compelled to share with the girls how Christian Grammy nominee Natalie Grant left the Grammys early because it was so ridiculous. After all, my presentation was on personal branding, image and character. I thought the story would be a great way to conclude.

But here’s the thing: The girls totally did not get it.

It may be because I didn’t communicate it well. But I have nine years of experience speaking to crowds just like this one, and something was different. They cheered at my first mention of the Grammys. Clearly, they LOVE Beyoncé. They’ve never heard of Natalie Grant, not surprising, but you should know this was a private, Christian school.

These girls turned on me when I merely alluded to the idea that Yonce’ had been inappropriate. They were absolutely dumbfounded at the thought of a Grammy nominee walking out like Natalie Grant did. Why?

They could not, in any way, wrap their minds around the notion that ANYTHING had been wrong at, with, or surrounding the Grammys. They thought it was awesome.  I kept looking for faces that might show a glimpse of agreement with me. None.

The bell rang, my talk was over, and they were gone.  I was devastated.

We have got to stop being gray.

We have got to stop being lukewarm.

We have got to stop allowing our children and the teens in our lives to go day to day thinking it is perfectly acceptable to act like a sex object, witch or whatever.

Things that are profane are not beautiful. Profanity is not to be celebrated, but exposed. The church has been quiet or found ignorant while our culture has adopted, promoted and established profane idols of worship. We’ve allowed our enemy to silence us and now I feel like an ancient prophet screaming, “Stop the madness!  Turn back. Destroy these idols or they will destroy us.”

This is nothing new. This is what the enemy does.  He takes things, people, that were designed to be beautiful, created for eternal purpose and he destroys them.  The enemy perverts them.

What you saw — or hopefully didn’t see — was perversion.  Is Beyoncé talented and beautiful?  Of course!  But what God designed for his glory has been debauched. The same formula could be said for nearly every artist who took the stage. How does it happen? Simple.  They — we — are born absolutely depraved.

The same formula would be said of me if Satan had his way.

God is love AND God is holy. Everyone wants to talk about his love, but scarcely — especially in our pop culture and mainstream media — can you find anyone who wants to discuss God’s holiness.

The media push young people to believe that God loves everyone and therefore accepts everyone no matter what they do. They push that since God made our emotions, whatever we feel must be okay. OR, since there is no God, we can decide what’s good, bad, right and wrong. Either way they are in control. They insist when you try to debate, discuss, reason or disagree with them, you’re an idiotic fool.

Get this: Their god is not the God of the Bible. Their god is one they have fabricated for their own comfort, ultimately resulting in the god of self. They live to build their own kingdoms and to glorify themselves. They DO NOT care about, nor do they know, the God that Christianity proclaims.

The God of the Bible, the only One who has revealed and proven himself for thousands of years has not and will not tolerate sin. Nor does God casually overlook sin.  He never will.  God does not accept people the way they are!  Hello!?  There would have been NO REASON for Christ and the cross if that statement were true.

He takes what is corrupt, does away with it and replaces it with something better: His righteousness. He redeems. We praise God for his grace because we have done NOTHING to deserve that chance. That was ALL God. He chose us. While we were still sinners, messed up, Christ died for us — all of us.

Jesus came to free us from sin and the death trap that it is. He came to give us life. We did nothing. Some choose to reject Him. People don’t want what He offers. They prefer their sin to His righteousness. They don’t want to surrender their life to a God they can’t see. They don’t want to be told what is right and what is wrong by a divine creator.

And it is their right to make that choice (only because God created us with a free will to do so, ironically) but the REALITY is every knee is going to bow.  Every tongue that is making money mocking the holy God of the Bible now will someday confess that Jesus Christ is Lord. Mark his words, it will happen.

But in the meantime, I don’t want a whole generation of people to be deceived by the enemy because I’m too afraid to speak out and proclaim the truth.

It is time we stand together and stand up for truth. The human body is not a sex object and sexuality is sacred. There is right and wrong. Our Creator defines it.

If you claim Christianity, you must stop supporting and watching things that are profane in the eyes of your maker.  STOP.

Christ lives in you and is with you.

You must grasp what it means that your body is a temple of the living God.

You must stop putting trash in your mind.

You must believe God when he says those who sow to the flesh will reap corruption. And stop justifying it.

Stop allowing your kids to bathe in this trash. If you think your daughter is fine, I dare you to look at her iTunes, Spotify or Pandora songs. Check her list of artists and songs. Google some lyrics. This is what she’s listening to when you’re trying to get her attention.

Parents, stand in the gap for your kids! Get your own mind right. Teach that there is, in fact, a line. It is well past crossed and we cannot sit back and act like all is well. All is not well.

Copyright © 2020 by Jaclyn Rowe @ Life in Progress Ministries. All rights reserved.. Used with permission. No part of this article may be reproduced or reprinted without permission in writing from Lifeword.org.