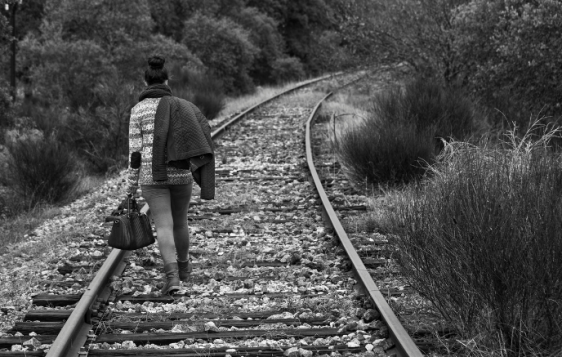 Over the last several months, I have read a number of articles analyzing the reason that many of our young adults are turning their backs on the organized religious structures of their upbringing. And as these young adults turn away, there is a significant trend toward their children never becoming a part of those structures at all. Apparently the statistics show a significant downward spiral in the number of people identifying with any church structure.

All the authors of these articles laid out specific ideas of why they think this trend is growing. And I think there was great insight to be gained with each one. But it seemed to me that each article was written with a starting bias in one way or another. Some were written with a strong anti-church bias to begin with. Others were written by pastors or other church insiders with just the opposite perspective.

So with such conflicting perspectives, where could I go for some real-life explanations for this exodus from conventional faith structures as we have known them?

Well as it turns out, I know someone who has lived this exodus. Someone who was raised a church insider but walked away in adulthood and never looked back until well past middle age. A person that actually became strongly anti-church until God dramatically intervened.

That person was me.

So lately, I have aggressively questioned myself on why I walked away. I have put a ton of thought into it over several weeks. And I came up with a conclusion.

I walked away from church because I considered it to be just another rule-based structure to contend with. And I didn’t want more of that. After all, we live in a society that is drowning in laws and rules. We are weighted down by them every day.

So if the overriding purpose of church was about laws or rules, then sleeping in on Sunday seemed preferable to me. Besides, who in their right mind would want to be pronounced guilty every Sunday? And I thought that’s what church was about.

Before I knew it, church no longer held any relevance to me. For 32 years, I never attended another church service. Our kids were not raised with church as part of their lives. I was a real-life example of those statistics.

And yes, I have many regrets- mainly the regrets of wasted years settling for less than the best that Jesus offers.

Having identified my reason for walking away, I began to analyze whose fault it was. Certainly I made the decision. The choice was mine and mine alone. I have no one to blame but myself.

But even so, I think there is a need for churches everywhere to assess whether they are contributing to people turning away.

Could one reason for the exodus be that we as churches are overstepping our authority by trying to act as God’s law enforcers?

Are we guilty of using the Bible to separate people from Christ rather than drawing them nearer to him?

Are we preaching and touting grace out of one side of our mouth while still trying to cram the law down people’s throats out of the other?

Is our predominant message really the grace-based message of Christ or the message of a religious rule-based structure?

We have seen over recent years example after example of bad things happening when citizens overstepped their authority and tried to act as law enforcement.

Likewise, we are seeing bad things happen when well-intentioned Christians attempt to act as law enforcement for God. He never deputized us for such a role.

Jesus left some pretty specific instructions for us to follow: Love God and love people. He commissioned us to spread his message around the world. But He never mentioned us becoming his police. Yet all too often, that is what we seem to revert to. And it is pushing people away from church and away from Jesus.

I share with you a few thoughts from Paul:

1. “So it is clear that no one can be made right with God by trying to keep the law. For the Scriptures say, ‘It is through faith that a righteous person has life’” (Ephesians 3:11)

2.” Why, then, was the law given? It was given alongside the promise to show people their sins. But the law was designed to last only until the coming of the child who was promised.” (Ephesians 3:19)

3. “The law was our guardian until Christ came; it protected us until we could be made right with God through faith. And now that the way of faith has come, we no longer need the law as our guardian.” (Ephesians 19:24-25)

So I would ask you to consider if the exodus from our church structures could be partly of our own making. Are we trying to control behaviors through spiritual law enforcement instead of drawing people toward Jesus and letting Him take control from there? Are our churches rule based or relationship based? Are we truly doing it the way that Jesus and Paul did it?

Or perhaps you are on the other side of the coin and feel pushed away from both church and Jesus because you just can’t live up to the rules. Just remember that both Jesus and Paul said that the path to righteousness comes only through grace activated by our faith in Christ. You just have to put you faith in Jesus and let Him take it from there.

But it sure would be great if you also gave church another chance.