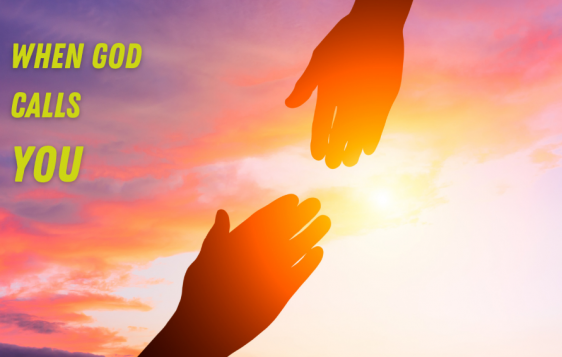 Guilty. Not of growing but of drifting.

In fact, I’m often so far away from shore that I can’t even see the lighthouse.

Decades ago I made a decision to follow Christ, but I had no idea what that meant. All I knew at the time was that there were people in my life – Christians – who were so remarkably different and so completely loving that I wanted what they had. It would be years until I truly understood the ramifications, the true meaning of being a Christian.

So now I know how and why he tolerates my drifting because I have read and studied the Bible and had great mentors who guided my spiritual growth – such as it is. But I have had more failures than victories in the area of growth, and still God calls me to him. What does that mean exactly, that he “calls” me? Here is what I know about how God works in my life to pull, and sometimes push, me closer:

I know it’s an “otherword-ly” kind of concept, like a superhero power that saves the world from the enemy, but it’s real in my life. I can testify to the fact that I have shown more hatred than love towards him, and still he is there – it’s called the “Holy Spirit” and it’s a gift Christians receive the moment they surrender their lives to him. So yes, he saves me from the enemy even though I don’t deserve it.

#2 – He Controls My Life Despite My Resistance

Yep, another crazy concept that the world doesn’t like: Control. In the secular world people control their destinies, their choices, their bodies, and their decisions. “You can’t tell me what to do!” screams those who refuse to live within guidelines, which certainly includes the Bible – more on that later . . . But again, I can testify that living under God’s control is the safest, most freeing, and beautiful place to be. His control is loving and kind instead of harsh and demanding.

“Now,” you’re saying, “this whole Jesus-dying-on-the-cross thing IS an impossibility for sure.” So how do I know that the greatest sacrifice of all time (recorded in the best selling book of all time) actually happened? Well, it’s called faith, and no, there is no video footage of Jesus on the cross, but the Bible’s New Testament records eyewitness accounts of it. And if that’s not good enough for you, there are eyewitness accounts and writings from non-believers and haters as well.

#4 – He Gave Us the Ultimate Guidebook

Right. The Bible. The inspired Word of God. Again, not a concept that the world understands, but the Bible came from God himself and when you read it, you will be changed forever. Today’s most prominent “religion” is the religion of self. You are your own God. You can do what you feel like doing. You control your life, not some dead man who died penniless and despised by the world. But the God who lives in me is the God who wants and invites everyone to have the best life.

So yes, that invitation and those guidelines are right there in the Bible.

The Keeper of the lighthouse, the one who calls me back from my ever-present drifting, continually helps me grow and mature as a Christian . . .

even when I neglect reading and studying the Bible (#4).

God is calling you to accept the abundant life he so freely offers. Accept it today and be free of the world’s false and empty promises. It’s right there in the best selling book of all time.