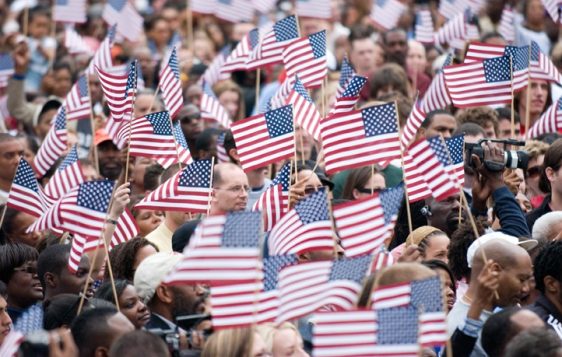 I haven’t weighed in much on the current political environment. Don’t get me wrong I believe this year’s election is HUGE! (See what I did there.) But sometimes I think we put too much stock in what one man can do in one office. Is there really a man (or woman) who can turn things around?

In the day of Ezekiel, Israel was in a bad place.

The prophets were corrupt.

The priests were corrupt.

The princes were corrupt.

The people were corrupt.

(To see for yourself, read what God says about them in Ezekiel 22.)

Before God poured out his wrath on the nation of Israel, he searched for a man. He tells Ezekiel, “I searched for a man among them who would build up the wall (no, not a wall between us and Mexico) and stand in the gap before me for the land . . . but I found no one” (Ezekiel 22:30).

It’s kinda sad, really. There was not a single man who would stand in the gap. What is the gap? It’s that trendy clothing store in the mall, right?

The gap that God is talking about here is the distance between where the people were, and where God wanted them to be.

Let’s be honest with ourselves. There is a gap in America.

The gap is not between blacks and whites, rich and poor, or Democrats and Republicans.

The real gap is the distance between where we are, and where God wants us to be. Sadly, the gap is widening.

I’m not saying all those other issues don’t exist. We do have some serious issues that our nation must boldly face. I just believe we must deal with the root problem first.

So let’s go church! Let’s do what Jesus Christ commanded us to do: “Go and make disciples of all nations, baptizing them in the name of the Father and the Son and the Holy Spirit, teaching them to observe all that I have commanded you” (Matthew 28:19-20).

Our nation doesn’t change its course when the government changes course.

Our nation changes course when people change their course.

Let’s go share the love of Jesus Christ with our neighbor, co-workers, and friends.

When regions change, our nation changes.

Let us quickly turn to Jesus, the only One who stands in the gap between man and God. He is the Way, the Truth, and the Life (John 14:6).

Copyright © 2019 by Andy Comer @ andycomer.org
Used with permission. No part of this article may be reproduced or reprinted without permission in writing from Lifeword.org