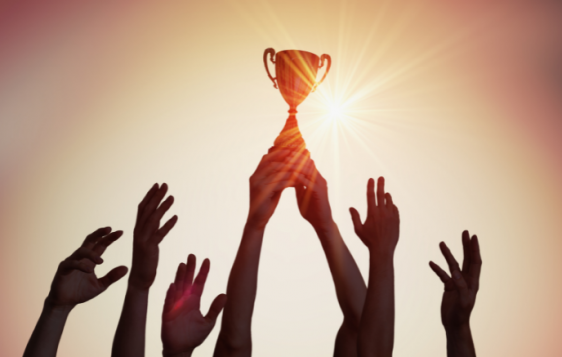 Let’s talk about winning . . . Because I think some of you have it confused with losing.

For most sports, winning is very easily defined. In football, baseball, basketball, and soccer, victory simply means having more points than the other team when time expires. That’s it. The team with the most points wins.

Now, there are a lot of factors that go into scoring the most points. If we’re talking football, you can track statistics like tackles, rushing and passing yards, time of possession, etc. But those stats mean nothing when it comes to winning. Victory isn’t awarded due to most tackles, most yards, or even time of possession. When all is said and done, the only thing that matters is points.

Let’s talk band competition. To win—to get all ones—you must do well in certain areas. But do you know what judges don’t consider? How well you got off the bus! “Oh, wow, this band sounds terrible, but did you see the single file line they formed as they departed the bus? That was a stroke of genius. Let’s award them all ones anyway.” No!

And it’s not limited to relationships like dating or marriage—this applies to all relationships. You can be winning or losing in your relationship with your kids, parents, boss, your, friends, bowling team, or  neighbor.

For marriage, love and be faithful to each other until death.

For kids, raise them to be independent and godly.

For your boss, cheerfully help him accomplish the mission of the organization.

For your relationship with neighbors, make life easier for them and to lead them to Christ.

Whatever the relationship, you need to define winning—here’s why:

Until you define winning, you have no idea how to get there. If you walked onto a baseball field and had never heard of the sport, you would have no idea how to win. If you were told you had a test tomorrow in one of your classes, but they didn’t specify which one, you wouldn’t know what to study. In the same way, we cannot win in our relationships if we don’t define winning.

One unspoken goal that fits into every winning relationship formula is maintaining it. If a relationship goes bad and ends, that’s a loss. Game over.

One thing I see over and over in all kinds of relationships is the “I’m right, you’re wrong” sabotage. You know what I’m talking about—two people have a disagreement on something—it can be anything, large or small—and it descends into a zero sum game where there has to be a winner and a loser. I know this is crazy talk—and it may be completely antithetical to everything in your raising—but you don’t need to get into and “I’m right, you’re wrong” argument. You heard me right; you can skip it all together. But there’s a catch. You have to define winning first.

Any time you descend into an “I’m right, you’re wrong” argument, you’re pitting yourselves against each other and no longer trying to win together in the relationship. You’re opponents with one person on offense and the other on defense. One wins, one loses.

The key is to never compete against each other, but instead work together. Always being on the same side of the ball, always playing co-op, always working in tandem toward your goals.

Paul, a first-century church planter and writer of about half of the New Testament, wrote this about relationships: “Further, submit to one another out of reverence for Christ.” If you know the context of this verse, you may know that it immediately precedes a section on how the family should relate to one another, but this sentence isn’t just for family relationships—it’s a general statement about all relationships in which Paul then goes on to give examples of how it works in families.

If you want to win in your relationships, submit what you want to the ultimate goal of the relationship. You may ask, “If I’m always submitting, I’ll never get anything—it will always be them, them, them!” No, that’s not what I mean. Think about teams of horses pulling a load. They aren’t competing against each other—they are working together (mutually submitting to each other) to do what they could not do on their own. That’s teamwork. That’s winning.

Jesus taught many strange things like “the last will be first and the first will be last” (Matthew 20:16). But, Jesus wasn’t trying to flip things upside down—they were already upside down and He was simply flipping them right side up. If you want to win in your relationships, you must be willing to lose the “I’m right, your wrong” game. What good is winning an argument if you lose the relationship. That’s foolish.

“Make me truly happy by agreeing wholeheartedly with each other, loving one another, and working together with one mind and purpose. Don’t be selfish; don’t try to impress others. Be humble, thinking of others as better than yourselves. Don’t look out only for your own interests, but take an interest in others, too. You must have the same attitude as Christ Jesus. Though he was God, he did not think of equality with God as something to cling to. Instead, he gave up his divine privileges; he took the humble position of a slave and was born as a human being (Philippians 2:2-7).

If you want to win, don’t be selfish, look out for others, be willing to submit. After all, Jesus did. Are you better than Him?

I hope you were encouraged by this video, and if so, would you consider sharing it? And subscribe so you can catch the next one when it drops on Tuesday!