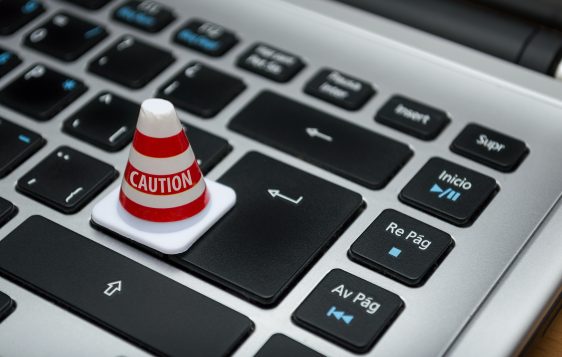 When it comes to music, especially classic rock, I’m a self-acclaimed expert. When my dad and I were in his truck, we would always play “name that tune.” But we also had to tell who the artist was and what band they were in.

Years of listening to the radio and playing this game with him helped me to “tune” my craft.

My husband Shaun and I were in the car one day and I decided to play the same thing. The song came on and I immediately knew the melody.

“The Joker!” I quickly yelled out before he could say a word. And then, certain of myself, I also declared the artist, because I knew exactly who it was.

He laughed and told me I was wrong.

But I was so sure. I have heard that song my entire life and knew it was Tom Petty.

I jokingly argued my case that I was right. I even laughed at him because I knew there was no way I was wrong. I was 100% completely sure of myself!

So, I did what any person would do. To prove him wrong, I googled it. Man, it was going to feel so good to show him he was mistaken and to rub it in.

Steve Miller Band popped up and I did a double take. My mouth gaped and I stared at the screen.

No way. Seriously, no way.

A huge smile crossed his face. We both knew I was wrong, but man, I had been 100% sure I was right.

Jacob also thought he was right in the book of Genesis when Laban confronted him in the wilderness.

Jacob had taken his wives, children and cattle and fled back to his homeland without telling Laban, his father-in-law. But soon, Laban finds out they’ve gone and puts a group together to go after them.

When Laban catches up to him in Mount Gilead, God comes to Laban in a dream and tells him not to speak to Jacob either good or bad and reminds him of God’s protection and blessing over Jacob.

So when he talks to Jacob, He asks why he left with all that is “his,” including his idols.

Many people then had idols that were made of wood or metal in their homes and they were thought to provide protection and advice in times of need. When the head of the home passed, they would go to the heir and that person could rightfully claim the largest part of the inheritance.

Jacob didn’t take them, and he was confident in that.

“Jacob answered Laban, ‘I was afraid, because I thought you would take your daughters away from me by force. But if you find anyone who has your gods, that person shall not live. In the presence of our relatives, see for yourself whether there is anything of yours here with me; and if so, take it.’ Now Jacob did not know that Rachel had stolen the gods.” (Genesis 31:31-32)

When Laban went to search, Rachel sat on the idols she was hiding and claimed she was on her period so she couldn’t get up. So, with her lie, the idols were not found.

Jacob was so sure of his innocence that he made a rash statement that could have cost his beloved Rachel her life.

We too make rash statements in the heat of the moment; promising things we cannot keep, being sure of ourselves and prideful to not see how we could be wrong… And instead, we should be careful how we respond to people and how quickly.

And we should be prepared to admit when we are wrong.