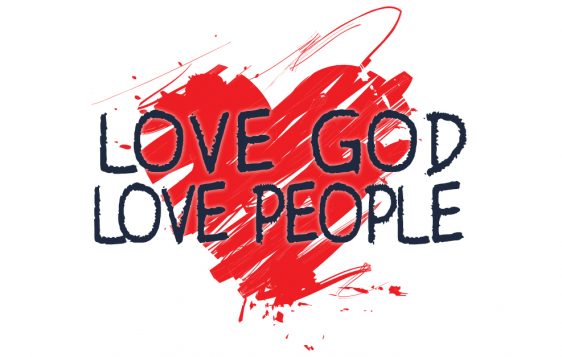 “Let us not become weary in doing good . . . Therefore, as we have opportunity, let us do good to all people, especially to those who belong to the family of believers” (Galatians 6:9-10).

One day as I entered Sunday school, a man roughly in his thirties sat alone in the room, having arrived early. I greeted him as I passed, and he immediately introduced himself. This man, (I’ll call him “Jerry”) whom I had never met before, proceeded to fill me in on the current events in his life:

He had a doctor’s appointment on Wednesday because he had been feeling sick.

He hoped it didn’t take too long because he was supposed to have a job interview.

He was new to town and living at the independent living center and was going to start coming to church . . . and on and on he prattled. It didn’t take long to figure out that Jerry was “different.”

Things did not improve as the class leader began the lesson. Jerry interjected and interrupted, talking for minutes at a time and, quite honestly, saying nothing. He made no sense yet spoke with a tone of importance and invented important-sounding words as he went. It was clear that he actually had a body of basic Bible knowledge, but it was lost in translation, so to speak – a phrase, ironically, that he sprinkled inappropriately throughout his discourse.

The leader did a good job of patiently waiting for Jerry to finish or politely breaking in to try and stay on topic. But most everyone else sat stiff and uncomfortable until class was mercifully over and tried not to make eye contact as we filed out, ears ringing and heads spinning. It was my turn to lead the class the next week, and I was already praying.

The Holy Spirit was gracious and, miraculously, I managed to lead class, including Jerry in the discussion while at the same time keeping his contributions more or less under control. However, the pastoral staff had also begun to recognize the challenge Jerry would present during the worship service.

He sat right down on the front row and loved raising his arms high during the singing – not normally a problem – but, in his excitement, he also tended to migrate toward the stage, ending up front and center. He clapped loudly and off beat during and after every song. He said “amen” too often and in all the wrong places during the sermon. It was all very distracting. Many of us regular attenders felt resentment toward this interloper and, consequently, the guilt that ought to accompany those kinds of feelings.

Several of us in the Sunday school class in those first few weeks felt conviction over our tendency to be annoyed by Jerry or our wishing he wasn’t there. We quickly began to pray that we would tolerate him the way the Lord tolerates us: with love and forbearance. After all, isn’t that what the church is about, what Christians are supposed to do?

(For the record, we all went through this individually or as married couples. Only later did we discuss it with other class members and, even then, it was still individually rather than a corporate decision. I was amazed at the Spirit’s simultaneous work in us as individuals within the group.)

Eventually we learned that Jerry has had a pretty difficult life. Raised by an abusive mother, he went through life as a problem child with behavioral issues. He has difficulty with social cues and poor impulse control, which led to some angry outbursts at times. We realized that he needed community just like all of us do. He needed a family, a church family, who would love him the way he is and accept him as a part of us.

For a while, different people would go and sit by him during Sunday school or worship service and help direct or redirect him. He actually seemed to appreciate it. With a real desire to please, it brought him joy to be noticed and praised.

The ministerial staff, seeking a better solution to his distractive worship experience, decided to enlist his help in running the video camera in the balcony. You’d have thought they asked him to have dinner with the President! He felt so important and proud of his new job.

Sadly, Jerry’s situation changed, and he had to move away. He sent the pastor the most precious and heart-stirring note expressing his love for his church family and lamenting how much he would miss it. He was worried he wouldn’t find another church that would love and accept him.

I worry about that, too. Our church is pretty special, but I bet the Holy Spirit will lead other brothers and sisters to lean into Jerry, to walk beside him in love and mutual acceptance. If we only love those who are like us, we are no different than the world.

But Christ has called his body to a higher standard and he already showed us how to do it.