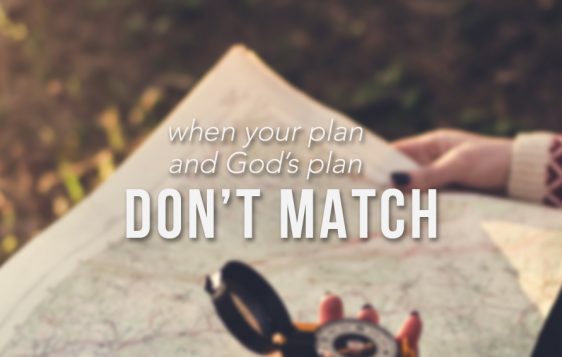 I never imagined being a 21-year-old “catracha” living in Arkansas. God has a good sense of humor.

I was born and raised in Honduras. My parents taught my brother and me to have reverence towards the Lord from a young age. At age five, I attended a Biper and his friends concert. The band asked all the kids in the arena if they wanted to be saved that day. Lots of kids raised their hands, and I was one of them. They said a prayer, and I went on with my life.

At age six, I remember going to my mom one night and confessing to her that if I died that night, I did not know if I was going to heaven. The urgency and anxiousness in my voice demonstrated how deeply I cared about my salvation. My mom calmed me with her wise words and shared the gospel with me. She made sure I understood the commitment I was making.

My parents always modeled how hardworking men and women of God should act. They were always ready to serve others. Not even moving to different countries changed their commitment to the Lord. Due to my dad’s job as an electrical engineer, my family and I had the opportunity to travel around the Americas. In 2010, we moved to Mexico City. Our family had the opportunity to help plant a church that year. I like to take credit for proposing our first gathering location, Chapultepec Forest, a popular state park. The kids loved it!

After our time in Mexico was over, we moved back to Honduras for three years. Those three years hold some of my most unique social memories. For the first time, I was considered one of the cool kids. My priorities started shifting. I was focused on myself, and I cared more about what my school friends thought about me than what the Bible said I should do.

By seventh grade, I felt like I was at the top of the world. Nothing could tear me down, or at least I thought so. Suddenly, my world began to crumble as I received the news that we were moving away. Four months before my school year ended, my dad moved to San Salvador and started his new job. The plan was for us to move to San Salvador with him at the end of the four months. I was sad but not devastated. We were still close enough to drive to Honduras. I came to terms with it until God changed our plan.

My dad had been in the long process of getting his green card since he was a young adult, but then he got married and started a family, so it slowed down the process. It all changed in the summer of 2014. We received our residency!

We could live anywhere in the United States. Anywhere. Yet, God had a plan for us. A plan that didn’t match mine . . . church planting.

When my parents told my brother and me that we would move to Arkansas to plant a church amongst the Hispanic population, I was shocked. I started my research, and what caught my attention was Arkansas’s farmland. I 100% believed I was going to be a farmer. I did not want to move to Arkansas, but I had no say. My 14-year-old self could not change anything. I remember being on the plane, hearing the announcement “Welcome to Arkansas,” looking out my window, seeing big squares of land, turning to my mom with fear in my eyes, and telling her, “We’re gonna be farmers.”

Moving to the United States was not the best for my mental health. I was made fun of very frequently. Having an accent felt like a crime. I slowly started making friends and getting more involved in school. By senior year, I played the lead character in the spring musical. I was in various leading positions in academic clubs and graduated with a 4.0 GPA.

My academic life was soaring, but my relationship with God was static. I was battling with my patience and self-control. I was letting all my frustrations control me, and I felt so guilty about it.

Freshman year of college finally arrived! My first time on my own! I knew I needed to prioritize my spirituality, so I began attending a church that met on campus. I also joined a college ministry and went to their freshman girls’ small group. I was making Jonesboro my home.

By the end of the fall semester, I realized that the ministry organizations I was part of did not match my beliefs, so I did some research and started going to another church! That spring, when Covid hit, I went back home a little flustered. Quarantine affected me in two different ways.

First, it opened my eyes and let me realize that even when I thought I was doing my best to pursue a better and stronger relationship with God, I was only doing superficial spiritual care. I wanted others to look at me and admire me. I wanted them to believe I had my life under control. Even when I chose to major in a very controversial career – theatre – I was still on top of how I was going to use it to further the kingdom of God.

There was a problem. I was starting to break. I was allowing worldly things enter my day-to-day life. I was not careful with who I allowed in my life.

Second, I felt alone. I had my family and a childhood friend with me during quarantine, but the feeling remained there. As the pandemic progressed, our church was working hard on keeping the church spiritually active. The Holy Spirit started working on me. Little by little, I began to change my perspective on life. I started having deep and meaningful moments with the Lord. I started caring less about what other people thought about me. I was deliberately working on having a Christ-centered life.

Quarantine came to an end, and I started my sophomore year of college. God began to test my devotion to him. At the beginning of every semester, we have auditions for the shows being produced. My mistake was not entirely reading the plays before I auditioned and accepted my roles. For one of the shows, I realized after the first read-through that my character cursed four times. I asked my director if I could substitute the curse words for the PG version, and she said yes. Two weeks before the show opening, I was told I needed to use the curse words because of copyright reasons. I did not know what to do. I had two options—curse and knowingly dishonor God’s wishes or give up my part. After a very long and frustrating afternoon talking to three very important people in my life, I knew that sticking to my principles was more important to me. I told the director my decision, but she didn’t think quitting was an option, and she said she would try to find a way to accomplish both my comfort and not change the playwright’s voice.

This situation opened a whole new can of worms. Could I pursue an acting career and a stronger and loyal relationship with God at the same time?

As my sophomore year continued, I started losing faith in my future. I started pushing God away. I could not believe how God allowed me to choose a path with a dead end. I have never felt that frustrated.

Spring semester brought punch after punch. People in my theatre world started having negative things to say about my beliefs. The relationship I was in was draining me. I was more worried about making him happy and doing my best in blindly aligning all our Christian beliefs. Some of my friendships were bringing me down more than encouraging me to be better. I started doubting my every move. I had two big deaths in my family in March. I could not help but feel disconsolate. I stopped going to my Bible study. I stopped having my intimate moments with God. I was the weakest I had ever been. I felt broken. I was carrying all my burdens. I did not know what to do because I felt so ashamed. I was afraid to go to God, so I started counseling.

Talking to my counselor was helpful. I did not feel judged, but I still did not feel like I was solving my problems.

I made tough decisions at the end of spring 2021. I decided to let go of everything that was bringing me down and give it to God. I was so caught up in the pleasures of this world that I forgot that God created me with a purpose. He wants to use me to further his kingdom. I may not know exactly how he will use me, but I know that I need to be ready for it.

I am still in my sanctification process. I may fail again, but I know that God will forgive me if I repent with a pure and honest intention.

I am currently working on my internship, serving in any way I can. I am working on getting my bachelor’s degree in theatre with an acting emphasis and a certificate in Spanish for the professions. My goal is to utilize the talents God has given me to share other people’s stories in a way that will honor God’s name.

I am a 21-year-old “catracha” striving to be a little bit more like Jesus every day.