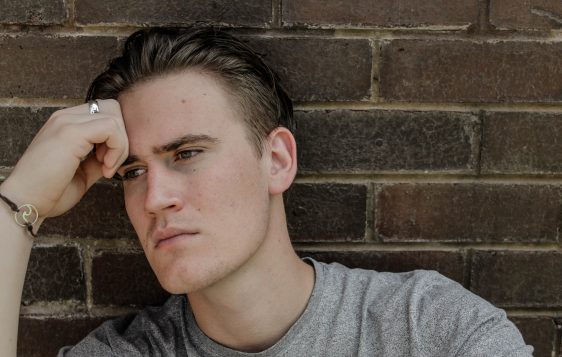 Maybe it was a job you didn’t get.

Or perhaps a relationship that didn’t work out.

Maybe a friend that moved a long distance away.

It could have been a death, an illness or even a bumpy road in life.

We’ve all had them – moments where we just don’t understand.

We react differently. Some of us become bitter or angry about it. We might even lash out or retaliate in some way.

Others are quiet and reserved, maybe even choosing to act like it never happened.

Some of us want to blame others, maybe blame ourselves and many even choose to blame God.

But those moments res valuable lessons for trusting, obeying and following God. And for Joseph, being sold into slavery was definitely a tough spot after being the favorite and spoiled child all of his life.

“Meanwhile, the Midianites sold Joseph in Egypt to Potiphar, an officer of Pharaoh and the captain of the guards.” (Genesis 37:36)

Joseph had no idea that this moment would change his life.

He had no clue that it would also change the life of his brothers and his family.

He had no way of knowing that years later, this very moment would be the key in God’s plan.

While it seems a terrible thing that Joseph is sold into slavery, and it is, I also want us to see a few things in this one verse of Scripture.

Egypt was the epicenter for trading, wealth, culture, and as a hub of pagan religion.

Because of the sheer lostness to this realm, Joseph would act as an early missionary to this land.

In Exodus, we read about a man named Moses who was called to bring the Israelites out of Egypt.

And you may ask yourselves, how did they get there in the first place? Their home is Israel, hence the name. Well, this is the moment all of that began.

Joseph would be an important player in God’s plan to save His people by bringing them to Egypt, providing for them in times of famine and strengthening their numbers for that big event years later.

Slaves had masters and were to do as their master commanded. Their obedience to the master was vital to their survival and the life they would live.

Even though we might think it is dreadful that God allowed this to happen, we will learn a great deal from this role Joseph has been put in.

3. He was sold to Potiphar, an officer of the Pharaoh and the captain of the guards.

Not only is he sold into slavery, but it’s important to note he was sold to someone in power. God didn’t just place Joseph in slavery, he placed him in a mission field of the highest ranks.

Ultimately, at that moment, Joseph couldn’t see what God was doing. But one day, he would look back and acknowledge God’s supreme power over his life due to this one event.

In John 13, Jesus says to Peter, “You do not realize now what I am doing, but later you will understand.”

Maybe you are going through a situation right now that you don’t understand.

But listen, God is in control.

We cannot see what He is doing now, but one day we will. Whatever it is you are facing, God’s got you.

He has a plan to use this storm to strengthen you.

Surrender your anger, your hurt, your feelings of being overwhelmed, your need for control, your demands for understanding… surrender it all today to Jesus.