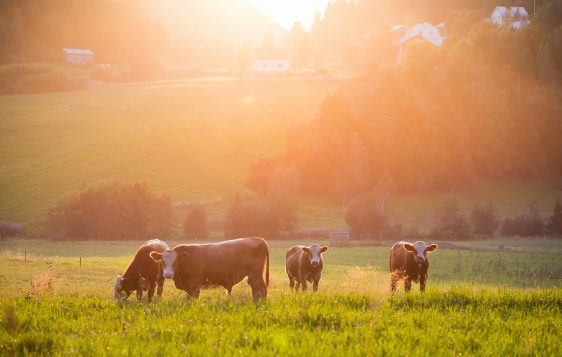 In the story of Jack and the Beanstalk, Jack trades his family’s cow for some magic beans. When he returns home, he tells his mom about his incredible find. But his mom is angry at his decision and his poor judgment and throws the beans out the window.

Why were they so upset? Well, a cow for three beans doesn’t seem like an even trade, does it?

What was the cow worth? Well, to this family, it was their greatest possession. This cow was a machine on the farm tilling the land.

It provided milk for the family to drink and made cheese and butter.

It was used to carry things or haul heavy items.

A cow was a valuable asset. But when times were desperate, they had to agree to sell the cow to survive.

The Egyptians in Exodus chapter nine, however, didn’t receive anything for their dead animals.

We’ve been studying about the ten plagues in Egypt, each one targeting a false god the Egyptians worshiped. Today, we study the fifth plague which was disease to all of the livestock.

“Then the Lord said to Moses, ‘Go in to Pharaoh and say to him: This is what Yahweh, the God of the Hebrews, says: Let My people go, so that they may worship Me. But if you refuse to let them go and keep holding them, then the Lord’s hand will bring a severe plague against your livestock in the field—the horses, donkeys, camels, herds, and flocks. But the Lord will make a distinction between the livestock of Israel and the livestock of Egypt, so that nothing of all that the Israelites own will die.’ And the Lord set a time, saying, ‘Tomorrow the Lord will do this thing in the land.’ The Lord did this the next day. All the Egyptian livestock died, but none among the Israelite livestock died. Pharaoh sent messengers who saw that not a single one of the Israelite livestock was dead. But Pharaoh’s heart was hardened, and he did not let the people go.” (Exodus 9:1-7)

This plague was targeted at Apis – the bull god, Hathor (the goddess of love, beauty and joy pictured with a cow’s head) and Khaum (the ram god).

And just like that, all the dead animals were a huge blow to Egypt’s livelihood and economy. Just as the cow was for Jack and his family, livestock would have been equally important to the Egyptians.

The people at this point would have been begging the Pharaoh, the one who claimed to be a god himself, to help them. They would have wanted answers for why this was happening!

And yet the mighty hand of God was demonstrated: none of the cattle belonging to the Israelites were affected.

Pharaoh even sent men to see for themselves and they reported the same.

What a shock that must have been! Not only has Egypt’s water been affected, overrun in gnats, flies, and frogs; but now, the livelihood of the Egyptian people was being stripped away. They would have questioned why their “god”, the Pharaoh, wasn’t saving them. Or why any of these plagues that literally stood for their gods were not helping either.

They saw the Israelites were protected.

They saw they were different. They wanted what the Israelites had.

When all of what seemed to matter in life is stripped away, where do you turn?

The Egyptians saw something different about the God of the Israelites. He is the one, true and living God. He is the one we worship today!

He is the one we can turn to in times of despair.

Will you turn to Him today? The things of this life are being stripped away as we speak. But God is our hope, our refuge and our strength. Turn to Him!