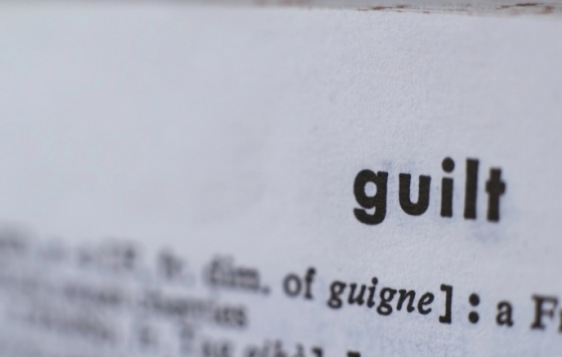 In 1905, a London newspaper requested essays answering the following question: What is wrong with the world today? There were many responses, but the one from author and theologian G. K. Chesterton was not only the shortest but the most insightful.

His point? The world’s problems are rooted in all of us, and it’s called “sin.”

Sin can best be defined as anything contrary to the divine nature and character of God, the root cause of which is pride. Sin is taking our eyes off God and putting them on ourselves or on anything other than GOD.

The point? We all are sinners and sin is the root cause of all that is wrong in the world. Because we’re all bound to sin, we are all bound to suffer, and suffering is a result of sin.

As Christians, our sins have been judged – we are no longer under fear of condemnation – but there are still consequences for our sins. Every major character in Scripture sinned, but let’s consider the story of David in Psalm 51.

Here’s the backdrop: David committed adultery with Bathsheba, fathered a son with her and sent her husband to the front line of the battlefield, ensuring his death. But it wasn’t until David was confronted by Nathan that he took responsibility for his sin.

Psalm 51 is David’s Psalm, and it speaks to how he sought God’s forgiveness. The consequences of sin are many, but six of them apply to King David’s sin:

The more you recognize what it feels like to be clean the more sensitive you are to being dirty. David says wash me, for this sin has scarred my soul.

#2 It dominates the mind.

David says, “My sin is ever before me”. In other words, he can’t shake the guilt, because the results of his sin are always there. Sin causes us to slowly change our temperament and become defensive, but we can never fully overcome the guilt.

#3 It disgraces the Lord.

When we’re saved, God begins seeing us as a father sees a child. The very essence of sin is anything contrary to God. We’re wrong if we think our sin doesn’t affect anyone, and it ALWAYS affects our relationship with the Lord. David admits to him, “Against you have I sinned.” The closer we are to our Father, the more it hurts when we displease him.

#4 It depresses the heart.

#5 It defiles the Spirit.

Before David humbly asked for a clean heart and renewed spirit, he became angry when Nathan confronted him with his sin. Sin causes a hardened heart and a sour spirit.

#6 It destroys our testimony.

This can be a very public issue or a private one, but sin leads us to naturally pull back from the things of God.

Here are the four ways David dealt with his sin:

Again, sin is always the result of focusing on something other than God. As Christians, our focus should be on becoming more like Him and drawing closer to him.

Proverbs 28:13 says that people who conceal their sins will not prosper, but if they confess and turn from them, they will receive mercy. If you have walked away from Jesus, your Savior, confess that today and return to full fellowship with your Creator. If you don’t know the life-changing power of salvation through faith in Christ, seek him today and surrender your life to him.