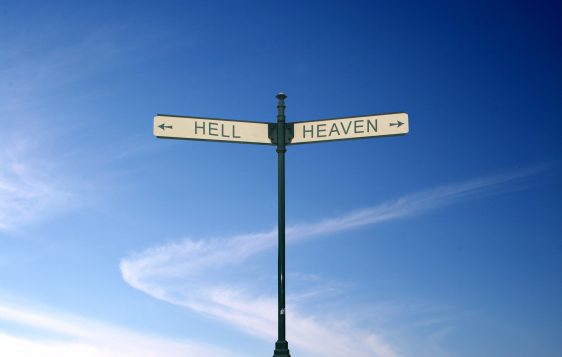 When my sister was little, she loved eating butter. Not just on corn or a potato, but sticks of butter. They would give her a little and she would constantly beg for more. Until finally, after much whining and begging, they gave her as much as she wanted. As you can imagine, it was more than she bargained for and her stomach let her know it.

The people of Israel didn’t want the manna God provided for their daily needs. They wanted something more. They desired the meats they enjoyed in Egypt. They whined and complained to Moses, who was tired of hearing about it.

“And say thou unto the people, Sanctify yourselves against to morrow, and ye shall eat flesh: for ye have wept in the ears of the LORD, saying, Who shall give us flesh to eat? for it was well with us in Egypt: therefore the LORD will give you flesh, and ye shall eat. Ye shall not eat one day, nor two days, nor five days, neither ten days, nor twenty days; But even a whole month, until it come out at your nostrils, and it be loathsome unto you: because that ye have despised the LORD which is among you, and have wept before him, saying, Why came we forth out of Egypt?” (Numbers 11:18-20)

They felt God owed them meat instead of bread. What did they know about what was best for them? This is God they were talking to! So, God gave them what they thought they deserved. So much that it was coming out of their nostrils! They didn’t realize what they were asking for, but their desire had become lust and then had turned to greed as they gathered the quail.

“And there went forth a wind from the LORD, and brought quails from the sea, and let them fall by the camp, as it were a day’s journey on this side, and as it were a day’s journey on the other side, round about the camp, and as it were two cubits high upon the face of the earth. And the people stood up all that day, and all that night, and all the next day, and they gathered the quails: he that gathered least gathered ten homers: and they spread them all abroad for themselves round about the camp. And while the flesh was yet between their teeth, ere it was chewed, the wrath of the LORD was kindled against the people, and the LORD smote the people with a very great plague. And he called the name of that place Kibrothhattaavah: because there they buried the people that lusted.” (Numbers 11:31-34)

Their distrust in the Lord was evident as they gathered as much as they could. Instead of relying on God to provide for them daily, they were greedily hoarding quail. And then, because of their sin, they died.

I want us to really think today about what we deserve. We, as a nation, are “entitled”. We think we are owed something, that we deserve great things! But what if the Lord really gave us everything we deserved?

The Bible tells us that my sin has earned something, and that is death.

“Then the soldiers of the governor took Jesus into the common hall, and gathered unto him the whole band of soldiers. And they stripped him, and put on him a scarlet robe. And when they had platted a crown of thorns, they put it upon his head, and a reed in his right hand: and they bowed the knee before him, and mocked him, saying, Hail, King of the Jews! And they spit upon him, and took the reed, and smote him on the head. And after that they had mocked him, they took the robe off from him, and put his own raiment on him, and led him away to crucify him.” (Matthew 27:27)

Scourged and beaten so badly you’d be unrecognizable. Flesh torn, bone exposed, and muscles ripped. Then, you’d be nailed to the cross, through each palm. Then, they would nail through both of your feet. As if that wasn’t torture enough, they would then hoist up the cross and have you hang there by those nails. The intense pain and inability to breath would cause any man or woman to die, but if they held on too long, the Roman soldiers would pierce them with spears and swords to make them bleed out or break their legs so the pain would be so intense from trying to hold themselves up, they would die.

This is just part of what we deserve.

There is also a place called Hell. It was created for the devil and his angels and when man sinned, it became a place where he would go and be completely separated from God. Tortured day and night for eternity.

God forbid we get what we deserve! Fall on your face before God and beg of His forgiveness for your sins! God is gracious to not give us what we deserve! His mercy is everlasting! Jesus paid the debt we owe. He died that horrible death for us! But you MUST accept it!

Did you know you can believe God exists and still go to Hell? If you have never trusted that Jesus Christ is the Son of God, and that He came and died for you, covering your sin debt, if you’ve never done that, you’ll spend eternity in torment!

God spends more time in scripture warning people about Hell than He talks about Heaven, but people want to try to deny Hell exists. We want to believe in Heaven because it’s beautiful and we think we deserve good.

Oh friends! Have you trusted in Jesus? Look at what He has done for you! If you die today and you don’t know Him as your Lord, you will not be in Heaven! There is no just non-existence. There is either Hell or Heaven, and only you can make that choice!

I beg of you, know that today!