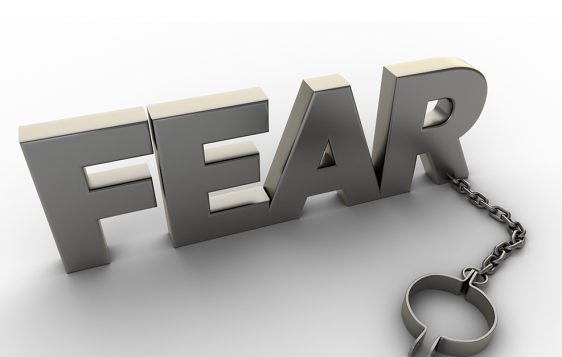 I suppose the first question you might ask me may be, “Why should I want to conquer my fears?”

And my question to you would be, “Are you not tired of living in fear and letting it drag you around?”

If you are still unconvinced, fear can be particularly harmful for a believer for three reasons:

“For this reason, I remind you to fan into flame the gift of God, which is in you through the laying on of my hands. For God did not give us a spirit of timidity, but a spirit of power, of love and of self-discipline.” (2 Timothy 1:6-7)

Timothy needed to be reminded who he was (God’s man with a supernatural gift and ministry) because several circumstances in his life may have made him afraid:

Paul reminded Timothy that at the time of his ordination to the ministry, his own hands had rested upon him as a symbol of the impartation of the Holy Spirit’s gift.

Paul told Timothy that God has not given us the spirit of fear (2 Timothy 1:7). The Greek word for fear literally means, “cowardice”. In this verse, we are told to be bold because we are God’s children and God is alive within us (John 1:12).

Fear will make us forget who God is, who we are, what God has promised, and what God can do. In effect, Paul was saying, “Timothy, in case you have forgotten—there is a God!”  Remember that the same God who can take you to heaven can also take you to next Thursday!

“Do not be ashamed to testify about our Lord, or ashamed of me his prisoner. But join with me in suffering for the gospel, by the power of God.” (2 Timothy 1:8)

Apparently, Timothy had failed to be a consistent witness for Jesus Christ. Not only that, but it appears he did not stand up to defend the Apostle Paul.

Why?  I believe it was because he was afraid that he, too, would be imprisoned. The sinister minister of fear—the devil, brought fear into the heart of Timothy and his fear paralyzed his tongue.

Let us not be too hard on Timothy, for I believe the major reason people don’t share their faith today is because of fear. Whether it is a fear of what others might think, a fear of failure, or perhaps a fear of rejection all succeeds at times to keep us from sharing our faith with others.

The early church real­ized fear could stop their witnessing for the Lord, so they prayed to the Lord for bold­ness to witness (Acts 4:29,31). And God answered their prayer!

Furthermore, fear can lead to Christians doing nothing for Jesus at all. In the parable of the talents (Matthew 25:14-30), the man who was given one talent buried it in the ground because he was afraid. Through the centuries, there have probably been many who have taken their God-given abilities and buried them, failing to use them for the glory of God because of fear.

Fear is also a gateway sin.

Take Peter for instance. In the Gospels, we are told Peter became fearful and then denied the Lord three times (Matthew 26:69-75). Every time he denied the Lord, he committed a greater sin.

The first time it was a simple denial.

The second was a denial with an oath.

The third was a denial, which in­cluded cursing toward Christ himself.

When we are afraid, we tend to let people push us around. Peter was afraid of those people recognizing him as Christ’s disciple, and Pilate was afraid of getting on the wrong side of those whom he ruled and the man who ruled him.

When Pilate announced his in­tentions to release Jesus and let him go free, the crowd cried, “If you let this man go, you are not Caesar’s friend” (John 19:12-16).

Pilate, afraid the people would report him as a traitor to Caesar, allowed Jesus to be crucified.  Jesus was denied justice at the hands of Pilate because of fear.

Other injustices and atrocities have occurred over the last two thousand years as well while Christians stood to the side and watched: the Holocaust, the Rwanda Genocide, and when millions of babies have been aborted in their mother’s womb in the United States alone.

What are we afraid of? Is our fear worth the price of innocents dying? Count the cost for yourself.

People, who are afraid to fail, usually do. Have you ever been driving down the street and following someone who is afraid that every light is going to turn red? By the time they get to the intersection, it has turned red. People project their own fail­ures.

Their fears become a self-fulfilling prophecy. What you fear the most will come upon you (Job 3:25).

Someone said, “The greatest mistake you could make in this life is to be constantly fearful you will make one.”This is called the “paralysis of analysis.” People are afraid to make a decision because they are afraid they will make the wrong decision.

In reality, a failure to make a decision is a decision—a decision to do nothing. Someone quipped, “The highway of fear is the shortest route to defeat.” We must be willing to fail because only then will we have the courage to launch out for the Lord.

“Stop drinking only water and use a little wine because of your stomach and your frequent illnesses.” (1Timothy 5:23)

We do not know this for sure, but the fear that Timothy experienced in his life may have contributed to his physical illness (1 Corinthians 16:10).

One doctor said, “In spite of what they say, 90% of the chronic patients who see today’s physicians have one common problem . . . fear.” Fear is like sand in machinery. It wears us out physically, emotionally and spiritually. On the other hand, faith is like oil to machinery. It keeps our physical, emotional and spiritual lives running smoothly.

Fear leads to stress, which leads to us being weak in body and spirit. God warned Israel, as a consequence of their rebellion against him, there would be a weakness caused by fear.

Therefore, fear is something we need to take seriously. It is a weak heart that needs a stint with a proper surgeon and medication.

I hope that if you have a diagnosis of fear, you’ll be aware of it and realize you need to go see your cardiologist – Jesus Christ. Next time we will discuss our great surgeon and also what we can do to overcome fear itself.