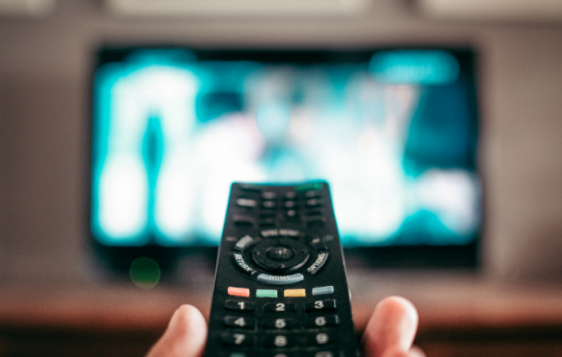 If you want to get a pulse on modern culture, look no further than Super Bowl commercials. It’s been a while since the game and halftime commercials, but these thirty- to sixty-second, highly creative spots showcase what our culture values, celebrates, and esteems. There’s a reason companies invested millions of dollars (2022 ads ran 6.5 million per 30 seconds) to be on the biggest advertising stage. The stakes are high.

After watching a Super Bowl recap commercial last year from my friend Stephen Castleberry, I decided to watch this year’s commercials through a different lens. I didn’t watch for the funniest or most creative. I watched for phrases and expressions that indicate where the world is and what our culture desires.

Here’s what I saw.

There’s a longing in our culture for a new restoration of the way things used to be. I’m not talking about your typical, “Let’s get back to normal,” kind of attitude. No, it was much deeper than that. The mega-theme in this series of commercials suggests that the world is broken, and people are searching for something new.

Here are a few direct quotes from 2022 Super Bowl Commercials that illustrate my point:

This quote was more than a nod to Chevrolet’s first electric-powered truck. It speaks to the passing of old things and the coming of new things. Even the making of the commercial itself was a new take on the old intro to the show The Sopranos television series.

You’ll also notice that it’s not just about a new truck. It’s a new truck for a new “generation.” In other words, this wasn’t just a model upgrade with new trim packages on the outside. It was redesigned as a better truck.

“While others look to the Metaverse and Mars, let’s stay here and restore ours.”

Salesforce leveraged the popularity of Matthew McConaughey to convey the message while flying in a hot-air balloon to the new frontier. However, instead of looking “out there” for new experiences, we should “look here” and redeem the place we already live: earth.

They even conveniently positioned the hashtag #teamearth under the logo in the last frame. Personally, I thought this a powerful message speaking to a culture that easily gets tossed in virtual worlds.

The message was 1,000% clear: Let’s make the world a better place to live so we won’t desire to seek alternative places to live, work, and play.

“Don’t miss out on the next big thing.”

FTX shelled out some serious coin to get this two-and-a-half-minute commercial on air. The commercial is a series of new inventions (like the wheel, indoor plumbing, coffee, light bulbs, and dishwashers) that are shot down by actor Larry David as stupid and ridiculous.

The punch line comes at the end when Larry responds to a pitch for crypto currency with, “I don’t think so.”

Once again, another product is positioned as a new, innovative solution and if you don’t accept it, you are left in the dark.

The point here is not to dissect each commercial based on creativity and effectiveness. The point is to show what advertisers know is the desire of every human heart.

There’s an innate longing in every person for NEW.

But here’s the reality. What’s new today is old tomorrow. If Jesus prolongs his return, that new 2022 Chevy Silverado will soon be replaced by a new, better version. Crypto will one day be replaced by some other safer and more convenient currency. Meta will one day be about as nostalgic as the original Nintendo.

The NEW that the world offers is only temporary. Because of Jesus’ forgiveness and grace, and through his death on the cross, everyone on earth is offered a new life in Christ.

God foretells a day when Christ sits on His eternal throne and makes a wonderful declaration that truly restores the brokenness and fills the longing of every heart. “Look, I am making everything new” (Revelation 21:5).

Copyright © 2022 by Andy Comer @https://antiochgt.com/blog/what-super-bowl-commercials-reveal-about-our-culture/ No part of this article may be reproduced or reprinted without permission in writing from Lifeword.org.