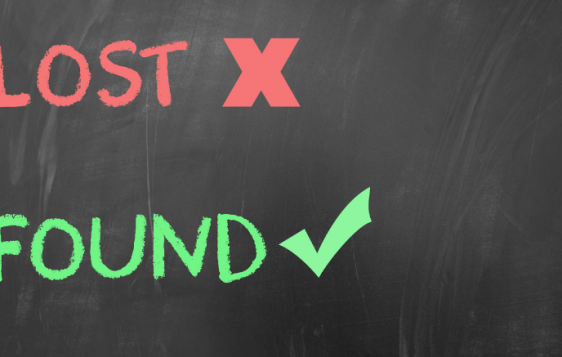 As we celebrate Christmas this year, I want to encourage you to get a “God perspective” on this hope-filled season of the year that includes all kinds of celebrations.

The stories Jesus told in Luke 15 that tell of the lost sheep, the lost coin, and the prodigal son have always stirred my heart deeply. I remember that as a new believer the first time I heard these three parables, my heart was stirred at the all-out search and celebration of that which was lost and found.

Now the tax collectors and sinners were all drawing near to hear (Jesus). And the Pharisees and the scribes grumbled, saying, “This man receives sinners and eats with them”. So, he told them this parable: “What man of you, having a hundred sheep, if he has lost one of them, does not leave the ninety-nine in the open country, and go after the one that is lost, until he finds it? And when he has found it, he lays it on his shoulders, rejoicing. And when he comes home, he calls together his friends and his neighbors, saying to them, ‘Rejoice with me, for I have found my sheep that was lost.’ Just so, I tell you, there will be more joy in heaven over one sinner who repents than over ninety-nine righteous persons who need no repentance.

Or what woman, having ten silver coins, if she loses one coin, does not light a lamp and sweep the house and seek diligently until she finds it? And when she has found it, she calls together her friends and neighbors, saying, ‘Rejoice with me, for I have found the coin that I had lost.’ Just so, I tell you, there is joy before the angels of God over one sinner who repents.”

“There was a man with two sons. And the younger asked his father, ‘Give me the share of property that is coming to me.’ And he divided his property between them. Later, the younger son gathered all he had and left for a far country where he squandered his property in reckless living. After spending everything, a severe famine arose in that country, and he was desperate. So, he hired himself out to a man who sent him into his fields to feed pigs. He longed to be fed with the pods that the pigs ate, but no one gave him anything. When he came to himself, he said, ‘How many of my father’s hired servants have more than enough bread, but I perish here with hunger! I will go to my father, and beg his forgiveness. So he left immediately and returned home, but his father saw him from far off, felt compassion, ran to him, embraced and kissed him. The son said, ‘Father, I have sinned against heaven and before you. I am no longer worthy to be called your son.’ The father told his servants to bring the best robe for his son, and to put a ring on his hand and shoes on his feet, then kill and eat the fattened calf as a celebration because . . . my son was dead, and is alive again; he was lost, and is found.’”

What powerful parables of things lost and found and the celebration of each. As I ponder each story and the Savior who told them, I am reminded of when I was lost.

You see, I spent the first 35 years of my life lost and without Jesus. I didn’t even know I was lost!  Sure, I felt hopeless at times, lonely at times, misunderstood at times, fearful at times and I made plenty of bad choices that affected my life and many of those around me. But I had no idea that God had sent someone to this earth to draw me out of the darkness of being lost and into the light. He sent Jesus in the manner of a babe in a manger:

The young man Jesus our example,

Jesus on the cross our Savior,

The risen Jesus our way to an eternal home.

So this Christmas season when you hear and see the Christmas story acted out may you take courage and have hope in knowing He is the “Light of The World.”

If you are a lost coin, a lost sheep or a lost son, Jesus is waiting to celebrate the fact that you have been found and welcome you into God’s family. Seek Him today and find out what it’s like to know Jesus as you surrender your life to Him.

Copyright © 2021 @https://purejoyinternational.blogspot.com/ No part of this article may be reproduced or reprinted without permission in writing from Lifeword.org.