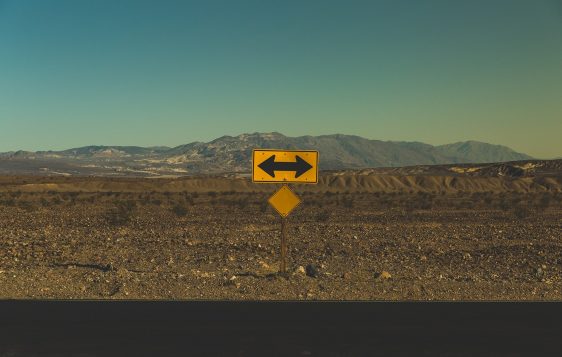 I talked with a friend the other day and asked her about her son’s new job. The look on her face immediately told me it was not good. She explained to me how it didn’t work out like he was expecting, and he was back working in his former industry.

At first, his new job seemed enticing. It offered great incentives, benefits and looked promising. So, when he left his old job for one that seemed better, he had high hopes. Once he arrived, he learned the reality of it wasn’t all he expected it to be.

Lot, the nephew of Abram and Sarai, also had high hopes that became disappointments in the book of Genesis.

He was the only family member who journeyed with Abram and Sarai to Canaan. Once they began to settle, they realized there wasn’t enough land for their livestock and their herdsmen put together.

So, they felt it was best to split up.

Abram told Lot to choose where he wanted to go and then Abram would head in the opposite direction.

But the choice Lot made was not one directed by God, it was urged by the lust of the eyes.

“Lot looked out and saw that the entire plain of the Jordan as far as Zoar was well watered everywhere like the Lord’s garden and the land of Egypt. (This was before the Lord destroyed Sodom and Gomorrah.) So Lot chose the entire plain of the Jordan for himself. Then Lot journeyed eastward, and they separated from each other. Abram lived in the land of Canaan, but Lot lived in the cities on the plain and set up his tent near Sodom. (Now the men of Sodom were evil, sinning immensely against the Lord.)” (Genesis 13:10-13)

At first glance, it seems Lot was just taking a good opportunity. The plain had much to offer – grass for the cattle, water for his herds and of course it seemed prosperous and he could make a lot of money if he settled there.

But then we see something else.

We see what Lot truly has set his sights on: the city of Sodom.

Sodom was a city filled with vile actions of wicked men, but Lot was enticed by it. Not only did he set up his home there, overtime he inched closer and closer until he became part of the city.

And it would cost him dearly.

What are we setting our sights on?

It may seem enticing as it offers new opportunities, financial gain, benefits or an easier way of life, but is it pleasing to the Lord?

Is it what He desires for our life?

How can we know what God wants for us?

He desires for you to have a joyful soul but not at the expense of a holy life.

1.Does it glorify God?

That’s the number one test to see if it’s of His will. If it is not something that glorifies Him, and only appeals to you, run away from it before it destroys you (1 Timothy 6:9-11).

2. Does this choice help you grow spiritually?

If we aren’t growing closer to God, we are walking away from Him. And if our pursuits drive a wedge between us and the Lord and our focus is on pleasing ourselves instead of Him, then we are definitely not in His will. Just as Lot’s eyes found Sodom alluring, we too have to be careful of what we pursue

Has anyone warned you about this thing you are choosing?

As you consider the pros and cons, take clear notice of the negatives. Why are those red flags there? Just as a red flag at the ocean is a warning of serious danger, we must heed the warnings of those closest to us that God has placed in our lives.

When you pray about it, are you at ease? Or have you made your decision and now you are constantly struggling with it?

The Lord is not one to confuse you, but to give you a direct your path.

“For God is not the author of confusion, but of peace, as in all churches of the saints.” (1 Corinthians 14:33)

But if we do make the wrong choice, God doesn’t leave us there. He guides us back to His protection, provision and promise.

Turn back to Him today and find peace in His presence!