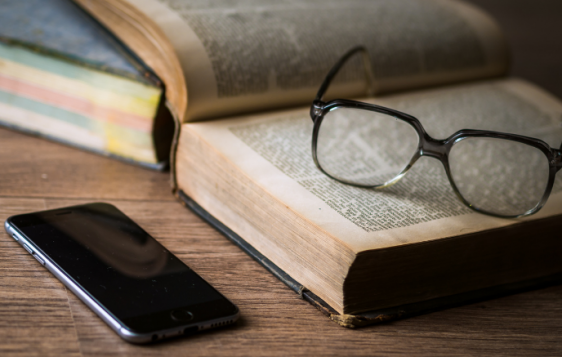 Out of all the lower-tier holidays, April Fools Day is my favorite. I love seeing all the pranks that people, companies, and YouTubers do on this day. But the other reason I really like April Fools’ Day is that it renews my commitment to wisdom each year. If you know me or have followed this channel for a while, you know I love to talk about wisdom—what it is and where to find it.

In the simplest terms, wisdom is having sound knowledge based on experience. It’s like Farmer’s Insurance commercials here in the United States: “We know a thing or two, because we’ve seen a thing or two.” That’s wisdom—knowing based on life experience.

But here’s the thing—there is actually a wisdom shortcut. Yes, wisdom is based on experience, but you don’t have to be the one to actually have the experience or go through the school of hard knocks, make a bunch of bad decisions, or even live a long time to have wisdom.

You see, in the book of Proverbs, a collection of wisdom in the Old Testament, there are four types of people in regards to wisdom:

There are the “simple”—people who don’t have wisdom due to lack of life experience (think young people that simply haven’t lived long enough).

There are the “wise”—people who “know a thing or two because they’ve seen a thing or two” and make decisions in such a way that they minimize hardships and live righteous lives.

Then there are the “fools”—those who have lived long enough to know better but still choose to make poor decisions.

Finally, there is the “mocker” who not only is a fool with his own life but mocks and tears down those who seek to live wisely. (Last year I did a whole series on Proverbs—including explaining these four types.)

This was the origin story of King Solomon from the Old Testament. He was the third king of united Israel and the first king ever to take the throne in a smooth transition of power. We don’t know how young he was when he assumed the throne after his father’s death, but the Scripture indicates he was young. His father said this of him before his death: “My son Solomon, whom God has clearly chosen as the next king of Israel, is still young and inexperienced” (1 Chronicles 29:1).

One night very early in his rule, God appears to Solomon in a dream and asks, “What do you want? Ask, and I will give it to you!” (1 Kings 3:5). Now, there’s a lot a young king could ask for here, right? He could have asked for “long life, wealth, the death of his enemies,” etc. But here’s Solomon’s reply: “ Now, O Lord my God, you have made me king instead of my father, David, but I am like a little child who doesn’t know his way around (acknowledging that he’s simple). And here I am in the midst of your own chosen people, a nation so great and numerous they cannot be counted! Give me an understanding heart so I can govern your people well and know the difference between right and wrong. For who by himself is able to govern this great people of yours?”

The passage continues: “The Lord was pleased that Solomon had asked for wisdom. So God replied, ‘Because you have asked for wisdom in governing my people with justice and have not asked for a long life or wealth or the death of your enemies, I will give you what you asked for! I will give you a wise and understanding heart such as no one else has had or ever will have! And I will also give you what you did not ask for—riches and fame! No other king in all the world will be compared to you for the rest of your life!”

God is telling Solomon— I will impart to you wisdom so you can lead well.

Then God gives Solomon a warning, one that Solomon sadly doesn’t heed: “And if you follow me and obey my decrees and my commands as your father David did, I will give you a long life.’” You see, knowing the wise thing and actually doing the wise thing isn’t the same thing. At some point, Solomon becomes the fool he warns us not to become in Proverbs. He knows from experience what the best path is but refuses to take it—that’s a fool.

But while Solomon was walking the path laid out by wisdom, his life and his kingdom was a sight to behold. Diplomats came from all over to hear him speak (4:34). The Israelite economy was booming and the living standards were high (4:25). Even the famous Queen of Sheba marveled at his wisdom. (Aw, man, I mentioned the Queen of Sheba—the comments section on YouTube is going to get real weird!)

Anyway, what does King Solomon’s story have to do with us? Well, we should seek wisdom—and yes, like Solomon, that means asking God directly for it. James 1:5 says, “If you need wisdom, ask our generous God, and he will give it to you. He will not rebuke you for asking.” God is not sitting in heaven hearing our prayers for wisdom saying: “Go get your own wisdom—this is my wisdom!” No, He’s happy to give it—and give it generously.

Next, we should seek it from Scripture. Read the book of Proverbs often. I like to read the chapter of Proverbs that corresponds to the day of the month. If it’s the first day of the month, read Proverbs one. If it’s the fifteenth, read Proverbs fifteen. You get the idea. You might be thinking, “Isn’t that repetitive?” Yes, you do repeat Proverbs twelve times a year, but it’s not repetitive—I find that I need that wisdom and getting a daily dose is pretty amazing.

Finally, we should be observing (looking deeply at) our world, reflecting on it, and extracting wisdom from it. Often in the book of Proverbs that wisdom is gleaned by looking at nature—like ants. We also should study history so we can learn from it. You know the saying, “Those who do not learn history are doomed to repeat it.” That’s wisdom—learning from other people’s experiences. It’s even in more mundane things. You’ve probably said before, “If I had to do it all over again, I would . . . ” That’s a reference to wisdom. Based on my experience, here’s my knowledge.

All these things—learning from nature, history, and your own life—require the discipline of observing, reflecting, then extracting.

So ask God, read Proverbs, and dig out wisdom yourself. Then you will be able “to live [a] disciplined and successful [life],” “do what is right, just, and fair”, and—like Solomon—”[bring] honor to the name of the Lord.”

I hope you learned something, and if so would you consider sharing it? And subscribe to the Youtube version so you can catch the video when it drops! Special thanks to channel sponsor Lifeword. Check out all the great things they are doing at lifeword.org.