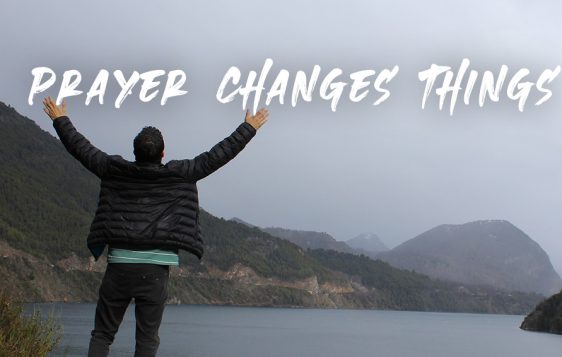 The memory of Charles Haddon Spurgeon has been cherished among evangelical Christians for the past 100 years. Many Christian leaders consider him to be the greatest preacher ever. He is commonly hailed as the “Prince of Preachers”. Over 63 volumes of published sermons still bear witness to the richness and success of C. H. Spurgeon’s ministry.

Though he is known as a great preacher, it was not preaching that made Spurgeon great. It was prayer. Spurgeon himself repeatedly attributed his success to his and his congregation’s faithful prayers.

It has often been remarked that the whole church helped produce Spurgeon. When visitors would come to Spurgeon’s church he would take them to the basement prayer room where people were always on their knees interceding. Then Spurgeon would declare, “Here is the powerhouse of this church.”

In a sermon delivered on August 11, 1861, and titled “Intercessory Prayer” Spurgeon says:

“First, then, by way of commending the exercise, let me remind you that intercessory prayer has been practiced by all the best of God’s saints. We may not find instances of it appended to every saint’s name, but beyond a doubt, there has never been a man or woman eminent for piety personally, who has not always been pre-eminent in his anxious desires for the good of others, and in his prayers for that end.

“But further, while we might commend this duty by quoting innumerable examples from the lives of eminent saints, it is enough for the disciple of Christ if we say that Christ in his holy gospel has made it your duty and your privilege to intercede for others.

“When he taught us to pray, he said, ‘Our Father,’ and the expressions which follow are not in the singular but in the plural—‘Give us this day our daily bread.’ ‘Forgive us our debts’; ‘Lead us not into temptation’; evidently intending to set forth that none of us is to pray for ourselves alone, that while we may have sometimes prayers so bitter that they must be personal like the Saviour’s own—‘Father, if
it be possible, let this cup pass from me’; yet as a rule, our prayers should be public prayers, though offered in private; and even in secret we should not forget the church of the living God.

It removed the darkness which rested over Egypt.

It drove away the frogs which leaped upon the land.

It scattered the lice and locusts which plagued the inhabitants of Zoar.

It removed the rain, and the thunder, and the lightning.

It stayed all the ravages which God’s avenging hand did upon Pharaoh and his people.

“Intercessory prayer has healed diseases; —we know it did in the early church. We have evidence of it in old Mosaic times.

“When Miriam was smitten with leprosy, Moses prayed, and the leprosy was removed.

“It has restored withered limbs. When the king’s arm was withered, he said to the prophet, ‘Pray for me,” and his arm was restored as it was before.

“As to how many souls intercessory prayer has instrumentally saved, recording angel, thou canst tell! Eternity, thou shalt reveal!

“There is nothing which intercessory prayer cannot do. Oh! believer, you have a mighty engine in your hand, so use it well, use it constantly, use it now with faith, and thou shalt surely prevail. And, O God, lend us thy strength now, that this duty may come forcibly home to our conscience, and we may at once engage in this exercise!

Brethren, I have to exhort you to pray for others. Before I do it, I will ask you a personal question. Do you always pray for others? Guilty or not guilty, here?

“Do you think you have taken the case of your children, your church, your neighbourhood, and the ungodly world before God as you ought to have done?

“If you have, I have not. For I stand here a chief culprit to make confession of the sin; and while I shall exhort you to practice what is undoubtedly a noble privilege I shall be most of all exhorting myself.”

So clearly, Spurgeon was a man who believed in and practiced intercessory prayer. Let’s make an effort to intercede for others. It is our secret weapon to seeing the miracles, the salvations, the transformations, the peace, blessings, and goodness of God in the lives of others around you!

Copyright © 2020 @ https://unambiguousvision.blogspot.com. Used with permission. No part of this article may be reproduced or reprinted without permission in writing from Lifeword.org.