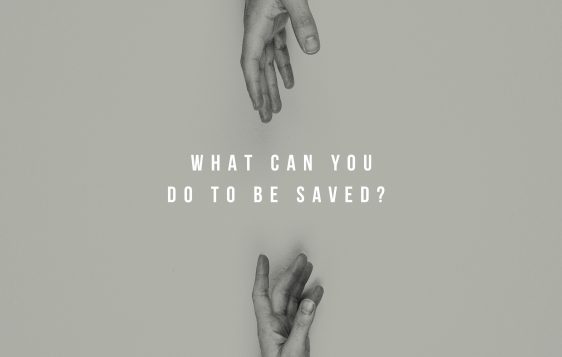 Christianity is the only “religion” in the world that doesn’t require sacraments, rules, offerings, duties, sacrifices, or actions to appease “the man upstairs,” as he is incorrectly called.

How do we know that? Well, all you have to do is read the holy scriptures of various religions to understand the basis of their beliefs on enlightenment, nirvana or whatever the term.

– In the Bhagavad Gita, from which Hinduism receives its precepts, there are different paths to achieving the goal of being one with god.

– In the Koran, which contains the Muhammad-revealed prophecy Islam is based upon, heaven is earned through obeying the five pillars of Islam.

– According to the Book of Mormon, followers are rewarded for their moral lifestyles and other works through which they can receive the “plan of salvation.”

– Buddhism is inspired by the Tripitaka that says following the eight steps to Nirvana allows Buddhists a transcendence or freedom rather than “salvation.”

– The central figure of Catholicism and the Bible is Jesus Christ, and Catholics believe a “salvation plus” doctrine: devotion to God plus baptism and confession.

– The central figure of Christianity and the Bible is Jesus Christ, and Christians believe salvation means accepting the free gift of salvation.

Only Christianity requires a simple choice to be saved. That’s it.

Your good works don’t do it.

Your moral life doesn’t do it.

Your achievements don’t do it.

Your devotion to God PLUS your good works don’t even do it.

In fact, you don’t DO anything.

You simply make a choice to surrender your life to the one who surrendered his own on the cross: Jesus.

Recently, I heard a pastor’s story of a man who grappled with the concept of such a simple choice. The man wanted to be saved but insisted that it couldn’t be that easy. He believed that his poor choices and horrible sins surely excluded him from being forgiven.

A recovering addict who had shattered his family and caused pain to loved ones, he wanted to DO something to change his life, something tangible or some evidence people (and God) would approve of. This broken man was angry with the pastor for not giving him an action plan or a set of rules to which he could adhere. It was heartbreaking for the pastor to watch the frustrated man walk out the door.

Jesus said these things about believing versus doing:

Look up each scripture reference, read the dot-dot-dot parts, and it will be clear that simple acceptance is all there is to “do.”

The dictionary definition of religion is “the belief in and worship of a superhuman controlling power, especially a personal God or gods.”

The dictionary definition of religious is “someone who adheres to a particular system of faith and worship.”

Yes, Christianity is about belief and faith and worship, and yes, it’s personal, but it is not a system. The gospel – the good news of salvation by grace alone – is the Bible’s theme cover to cover. Responding to and accepting such good news means a relationship between God and mankind, not a system of beliefs. That response causes a life change that includes the Christian’s natural response of surrender, faithful devotion, obedience, Bible study, and discipleship.

Jesus chose to die on the cross so you and I could live, and it all begins with your choice to accept that truth, your choice of a new life and a new relationship. He’s right there asking you to make the most critical decision of your life: Should you follow Jesus, accept his perfect plan for your life, and know him more intimately?

Yes, surrender means completely turning your back on the world. But you’ll be stepping into a relationship with God that lasts forever, doesn’t depend on good works, and includes his provision and peace during life’s inevitable difficulties.

Instead of earning your salvation like other religions of the world, simply choose God today.