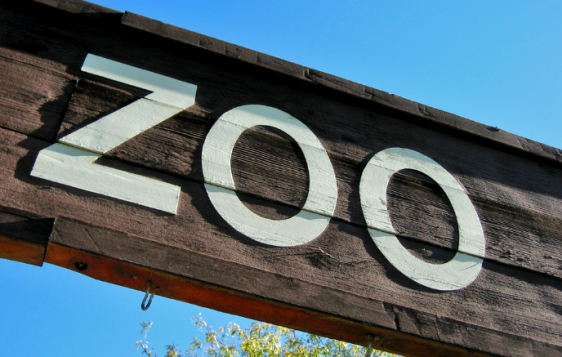 I maintain that there is just nothing quite like driving a busload of first graders to the zoo!

This time of year it’s a popular destination for field trips, so as a school bus driver, I spend a lot of time driving to the zoo. Yesterday I drove an elementary group there, and it made me smile more and more the closer we got to Little Rock. Let me explain.
Everything was a big deal! When we crossed the Arkansas River the excitement in the air was thick. Not only were they enthused because we were driving over the river, but they could see the River Market District, which has an amphitheater area on the bank of the river. One little boy shouted out, “Is that a beach?”
The “sky scrapers” were a hit as well. Granted, Little Rock doesn’t have any true skyscrapers, but the buildings there are much taller than the ones in the smaller city of Cabot. So a building of 25 floors or so was massive to them. And then we passed the state capital complex, and you would have thought we had taken them to Washington, DC. “That’s where the governor works, everybody!” They were taking it all in, that’s for sure.
And then we took our exit, and they realized we were at the zoo. It was as if an “energy bomb” had been detonated on that bus. To give you an idea of how excited they were, just imagine the average person’s reaction if they were told they had just been given $100 million. I’m not exaggerating, either.
Why were they so excited? You see, they are children, and the things that we take for granted as adults are still new and exciting to them. We cross the Arkansas River so much that we don’t even give it a second thought. The tall buildings of Little Rock are nothing to us compared to the buildings of New York City or Chicago. The state capital complex is familiar to us. And the zoo, to most adults, is just a smelly animal shelter.
Maybe that’s why Jesus said that we had to come to Him “as a child.” He spoke much of “childlike faith.” The longer we live, the more routine life becomes.

When adults hear someone is sick, they may pray for comfort, but a child prays for healing and believes it can happen.

When we see someone saved, we rejoice, but a child wants to throw a party because that person is going to heaven now.

When we someone says they love us we are often skeptical, but a child accepts it because they have a natural desire to love and be loved.
Get it? When we come to Jesus, we have to come like children. We have to let ourselves be wide-eyed and enthusiastic about the things of God. We have to take in the little things and take joy in them. Life is more fun as a child, and our life with Christ can be so much more enjoyable if we live it through the eyes of children. Don’t put up those barriers to fully accepting the love, forgiveness, and grace Jesus offers  . . . and the reason he died on the cross.

Copyright © 2022 by Blake Martin @https://pastorblakeman.wordpress.com/2011/05/20/childlike/ No part of this article may be reproduced or reprinted without permission in writing from Lifeword.org.