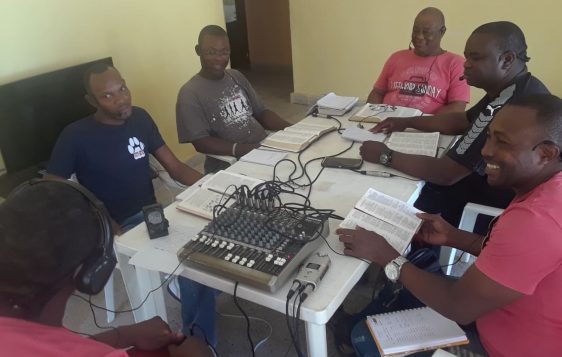 On the sixth day of the strikes by Honduran education and health workers, Denis Lopez reported that there was still no agreement between workers and the government. Strikes, marches, road blockades and violence continued.

“It now seems that the situation is getting worse,” Bro. Denis, BMA Missions and Lifeword team member, said, “we have not been able to go far away from home to be away from danger, thanks everyone for your prayers.”

Today, however, on the seventh day of the strikes, it seems God has answered those prayers.

Bro. Denis gives this cautionary praise report: “In a conference on TV last night workers of the health and education system agreed to leave the protests and return to work for begin the dialogue with the government, today we have seen how all things are returning to calm, we hope that the situation improves, I want to thank your prayers for Honduras.”

BMMI Director Ralph Izard, who has been a part of medical clinics in Honduras for more than two decades, is skeptical of a calm resolution, however, and says that there has always been volatility there.

He has been working with Baptist Medical Missions International (BMMI) since its inception in 1996 serving alongside Bro. Bobby Bowman, who had the idea for medical clinics offering physical and spiritual healing around the world.

The BMMI and VSM trips that were interrupted by the recent problems in Honduras will be rescheduled and ministry will go on in spite of them.

God is Protector of those who serve and minister in his name, and that has certainly been true for Lifeword broadcasters and producers and BMA missionaries and church planters.