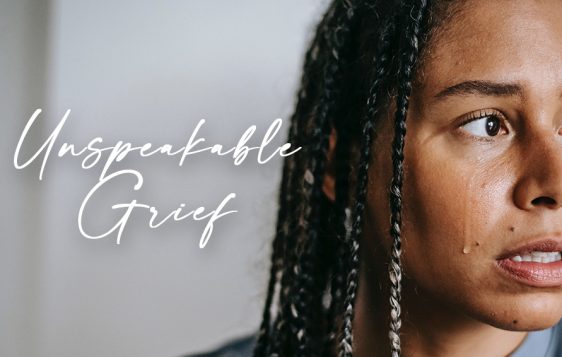 Anticipation grew to a fever pitch as the time drew closer to when our first child, and the first grandchild on both sides of the family, was to be born. The whole family, including four “soon to be” aunts, were excited about this new addition. There was no doubt that this baby would be loved and “spoiled rotten” as my mother proudly proclaimed.

At that time, I worked in the Maternal and Child Health Division at the  Department of Health, so I had been closely watched by the doctors and nurses on staff and was especially careful to eat right, get the proper amount of exercise and take my daily vitamins. At each visit to the doctor, the baby and I were officially pronounced “healthy” as my belly grew larger and larger.

In the weeks leading up to the “big day,” we prepared the nursery and filled it with items we had lovingly selected and with the many baby shower gifts from our family, neighbors and friends at church. It was a beautiful room with yellow walls, bright curtains and a rocking chair near the window so I’d be able to look outside as I rocked the baby. All things were ready, and I couldn’t wait to hold this wonderful gift from God in my arms.

When the baby announced that he was ready to be born, we picked up the carefully packed suitcase and headed to the hospital. Although he was three weeks early, the doctors said there was nothing to be concerned about — first babies often came early.

In those days, we didn’t usually have the option of being awake when the baby was born, so I drifted off in peaceful sleep as the doctors and nurses prepared for what they declared would be a “normal delivery.”

The next thing I knew, I was waking up in the hospital room. I remember the sun was pouring in through the window — May 24, 1970 was a beautiful day. Just then, I heard my husband coming into the room and I greeted him with a big smile and said, “Hi, Daddy!”

But the look in his eyes immediately told me that something was wrong . . . something was terribly wrong. What I was to find out later was that our precious son, a healthy 6 lb. 9 oz. baby, had coughed up phlegm in the hospital nursery and choked to death when he was only a few hours old — not long before I woke up.

That’s what Pat had come to tell me. And I’ll never forget his words as he said, with anguish in his voice – “Honey, he’s gone.”

“I should be crying,” I immediately thought. “Why am I not crying?” Of course, now I realize that I was in shock, and the tears, barrels of them, would come later.

I hadn’t even gotten to hold him. I’m sure they showed him to me in the delivery room, but I have no memory of it. My arms were aching for my child, the one I had wanted since I was a little girl. For as long as I could remember, I had always wanted to be a mother. Before we were married, we had even selected his name, Sean Patrick, even though it would be almost five years before he was born.

At the doctor’s suggestion, Pat made all the funeral arrangements and the service was held before I was released from the hospital. There was no closure, if there is such a thing. I just remember feeling empty.

Everything around me seemed so normal, but I just wanted to scream out to everyone I knew, “Stop what you’re doing . . . nothing is the same . . . my baby is dead!” The words to an old song by Nina Gordon kept going over and over in my mind: “Why does the sun go on shining, why do these eyes of mine cry? Don’t they know it’s the end of the world. It ended when you said goodbye.”

My baby, my firstborn, had said goodbye without a word, and it seemed like my world had stopped when the angels carried him to heaven. Nothing would ever be the same.

My maternal grandmother, my “kindred spirit” as she used to say, came to help Pat take care of me during those awful days. I knew her heart was breaking, too, but she tried to keep my spirits up, without much success. That is until one day when she said one thing that turned my life around. She simply said, “Honey (there was that word again), you don’t think you’ll make it through this, but I did, and so will you. You and Pat just hold on to each other, and both of you hold on to Jesus with everything you have.”

It was then that I remembered, although she never talked about it much, that Mammaw had also lost a child. I had never known Uncle Justin because he was only three years old when he died, and that was many, many years before I was born. But when she spoke those two sentences, our hearts connected on a much deeper level, mother to mother, and I realized the awful pain she must have gone through.

“I did, and so will you . . . hold onto Jesus and each other.” I’m sure she said other things that day as we sat and talked, but those were the words that carved deeply into my heart and have helped me through the days, weeks, years and decades that followed.

There were still days that I’d sit in that rocking chair in the beautiful yellow room, crying, praying and rocking; but then I’d remember my Mammaw’s words of encouragement, and I’d get up and close the door behind me as I left the empty room.

During that time, my mother became bitter against God for taking her first grandchild. But God was all Pat and I had to hold on to, and we drew closer to him and to each other as we picked up the pieces of our lives and started over.

“God always restores two–fold,” I was told by friends who were trying to encourage me. (I’m sure that came from the story of Job in the Bible.) I believed them, and since twins run in our family, I was a little afraid that I’d get them both at once. Instead, God blessed us two years later with another baby boy, Robert Patrick; and two years after that with a little girl, Trina Michelle.

My arms are no longer empty because now I not only have our children, our son-in-love and daughter-in-love, but we also have three beautiful grandchildren — Baleigh, Hunter and Savana; a grandson-in-love, Garrett; and a precious great grandson, Lincoln David.

Still, there will always be a lingering ache for Sean, and it makes heaven even sweeter to think about seeing him there.

Sean left me with a testimony I really didn’t want, but from the beginning, I made a promise that my firstborn’s life, and death, would be used to glorify God. And God took me at my word because, many times in the 50 years since my son died, I’ve comforted the hearts of other mothers who have lost their children with the same words Mammaw spoke to me: “Honey, you don’t think you’ll make it through this, but I did, and so will you . . . just hold onto Jesus!”

My son’s life was brief on this earth, but as long as I live, so will his story. God has a purpose in all things, and I will glorify my Lord with my dying breath, which will be right before I enter Heaven and see my child for the first time.