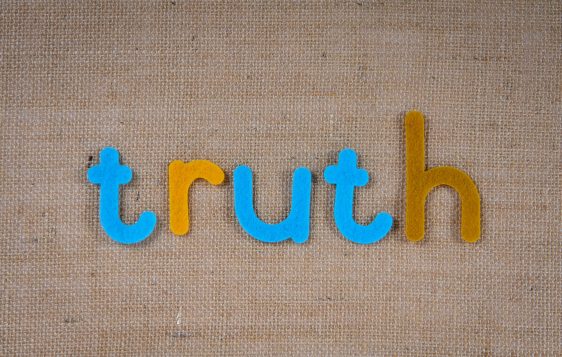 We were both in trouble. The two of us were soon to be punished but only one of us was guilty. Honestly, I knew I did it, but I thought I had committed the perfect crime. But I felt like the evidence was stacked against her. It had her name written all over it… literally.

On the wooden door frame to the bathroom, I had written her name. I don’t know why, but I did.

Maybe I was mad at her and wanted her to get in trouble. But nonetheless, there it was. I even did my best to make it look like her handwriting. Which, being two years younger, did not make it easy.

So, I thought, we were both in trouble. Mom was going to figure out who did it and, of course, all signs pointed to my sister. It was her name after all.

My defense – why would I write her name and not my own?

But when the day came and we stood trial, I was found guilty. My sister clearly pointed out that she knew how to spell her own name.

Of course! Why did I add the letter “e” on the end?

And how did I not know this?

While I thought we might both take the fall, maybe I wouldn’t be alone, the truth was revealed.

And I received the penalty.

In Genesis chapter 40, Joseph, a prisoner, has been made a keeper of the prisoners. He was trusted by the guard. Any problems that would come up within the prison would defect to Joseph first.

And one day, he noticed two of the prisoners, a cupbearer and a baker, who looked sad and worried.

The position of the cupbearer and baker were two highly trusted roles, because they had served the kind, and his life was in their hands. The baker made all of the king’s food and drink and the cupbearer tasted everything before it reached his lips. If the king were to be poisoned, it would be one of their faults for not catching it… or else, it could have been them who committed the crime.

Joseph asked why these two men looked downcast and they replied that they had a dream, but no one could interpret it for them.

“Then Joseph said to them, ‘Don’t interpretations belong to God? Tell me your dreams.’” (Genesis 40:8)

So, what were the dreams? And what did they mean?

“So the chief cupbearer told his dream to Joseph: ‘In my dream there was a vine in front of me. On the vine were three branches. As soon as it budded, its blossoms came out and its clusters ripened into grapes. Pharaoh’s cup was in my hand, and I took the grapes, squeezed them into Pharaoh’s cup, and placed the cup in Pharaoh’s hand.’

‘This is its interpretation,’ Joseph said to him. ‘The three branches are three days. In just three days Pharaoh will lift up your head and restore you to your position. You will put Pharaoh’s cup in his hand the way you used to when you were his cupbearer. But when all goes well for you, remember that I was with you. Please show kindness to me by mentioning me to Pharaoh, and get me out of this prison. For I was kidnapped from the land of the Hebrews, and even here I have done nothing that they should put me in the dungeon.’

When the chief baker saw that the interpretation was positive, he said to Joseph, ‘I also had a dream. Three baskets of white bread were on my head. In the top basket were all sorts of baked goods for Pharaoh, but the birds were eating them out of the basket on my head.’

‘This is its interpretation,’ Joseph replied. ‘The three baskets are three days. In just three days Pharaoh will lift up your head—from off you—and hang you on a tree. Then the birds will eat the flesh from your body.’” (Genesis 40:9-18)

And, in three days, it was Pharaoh’s birthday and he had a feast. He restored the cupbearer to his place, and had his baker hanged.

Just as God had given him the interpretation and relayed it to the men.

These two men were both in prison, but obviously, one of them was truly guilty of something.

And the truth came out and he was punished.

Joseph asked the cupbearer to remember him and tell the king about him when he was restored.

But instead, the cupbearer forgot.

In all of this, Joseph gave the glory to God for his ability to interpret the dreams.

Are you giving God the praise He deserves?

I think of a song by Casting Crowns – “I’m just a Nobody”.

Whatever good you see in me; it comes from the Lord. I am no one. Yet I have a desire for everyone to see Him!

I want you to know Christ.

I want you to know that Jesus loves you so much He gave His life for you!

“Ever since you rescued me, you gave my heart a song to sing. I’m living for the world to see, nobody but Jesus.”- Casting Crowns

Will you follow Joseph’s example and give God the glory?

Or will you be like the cupbearer, one who was restored but forgot how he got there?