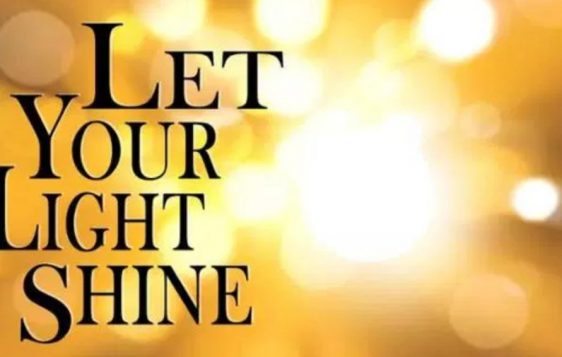 Are you a representative of Christ in your daily life? When people witness how you behave, the choices you make, and how you present yourself to the world, are they seeing a  Christian who has been changed by the life-altering truth of the Bible? These questions can often seem “uncomfortable” to some Christians who would answer no if they were being truthful, and I should know since I could have been counted as one of them at certain points during my relationship with Christ. These aren’t periods of my walk with Christ that I am proud to admit to, and I recognize that I’m not alone in having struggled with the obstacle of avoiding this pitfall.

Whether you’re a new Christian that is still just beginning to live and walk in their faith, or a seasoned believer wearied by the world, all too often the temptation to simply blend in with the world around us so that we don’t ruffle anyone’s feathers becomes the more comfortable option. However, Jesus hasn’t called us to live comfortably in the shadows of obscurity, quite the opposite in fact.

In Matthew 5:16, Jesus says to “… let our light shine before others, that they may see your good deeds and glorify your Father in Heaven.”

Keep that verse in mind, and the questions I asked at the beginning, too. We’ll be circling back to them. However, if I’m going to ask Christians to step out of their comfort zone, I might as well lead by example. So I’ll give you some insight into a hobby of mine that makes me uncomfortable talking about with others, especially in mixed company . . .

I wanted to know everything about the business of professional wrestling itself by taking a peek beyond the illusion of what is presented on broadcast television. So gradually I began to peel away the layers and learn about the inner workings of the business and everything that goes into making the events happen. Naturally, when one becomes as interested in a niche hobby as I had then you’ll begin to pick up on some the terminology on your way down the rabbit hole, and perhaps the most prevalent and significant of these terms was kayfabe.

If you’re struggling to remember what exactly kayfabe means, you can rest easy because you didn’t miss that day in English class. In fact, pretty much the only reason you would know what it means would be if you were a fan of professional wrestling before you read this, as the term and the business are essentially synonymous with one another.

Kayfabe itself is a term that supposedly originates from the days when professional wrestling traveled alongside the carnivals, and in the present day it is serves as an umbrella term for just about everything that happens within professional wrestling’s squared circle. For example, when a guy “sells” any offense in the ring, that is to say he makes it look as if it actually hurt him, that is part of the kayfabe of presenting the match as genuine.

In short, anything that presents the staged contest as an authentic one is a part of kayfabe. Of course, the definition that Google gives you doesn’t encompass the entire meaning; otherwise we would just say “fake”.

For the best professional wrestlers in the business, kayfabe doesn’t stop with a cheap gimmick or taking bumps in the ring, it carries on to their lives outside the ring in their public life. As an example, I’ll use my favorite professional wrestler of all time, Mark Callaway, more widely known by his in-ring persona he portrayed: the Undertaker. This was a man who was actually portrayed as an undead wizard who, for some reason, had decided to compete in a professional wrestling company.

It was completely ludicrous and should have been just another short-lived supernatural gimmick that fell to the wayside. And yet, the Undertaker has had a career spanning a period of 30 years, never losing relevancy within the business of professional wrestling for the entire time he was active. It is a career with a longevity that will likely not be repeated, and that is due in large part to the dedication that Mark Callaway showed towards his portrayal of the Undertaker in and outside of the ring.

Now I’m not saying that he went around choke-slamming people on the street, rather I’m saying that he never did anything to compromise the perception of the Undertaker. The Undertaker never did interviews, no one would find him cutting up with the fans after a show, and if you did happen to see him in public he almost always wore black just like he did to the ring. At the height of his career, you may not have believed that he was actually the outlandish character he portrayed in the ring, but the way he carried himself and the way he represented the persona of the Undertaker in his daily life made you believe that just maybe he did.

Now, remember the questions I asked at the beginning of this blog and the mission that Christ gave us as his followers to be a light unto this world? This is where that comes full circle, because if a man from Texas can somehow manage to convince anyone that he was an undead wrestling wizard, then why do we hesitate to show the very real impact that Jesus has had on our life?

If you’re having trouble understanding exactly when you need to be acting like a Christian, Colossians 3:17 sums it up nicely for you:

“And whatever you do, in word or deed, do everything in the name of the Lord Jesus, giving thanks to God the Father through him.”

And in case that didn’t make it abundantly clear, that means always, because someone who has placed their faith in Christ should not have to act like a Christian, that’s simply what they are. But often times we shed that responsibility at the church doors like a cheap gimmick, making it seem as if our faith is nothing more than an act we put on every Sunday. Unfortunately, what’s at stake when Christians choose to forget to represent Christ in their day-to-day lives is much bigger than when people see through a wrestling gimmick. It could mean that someone turns their back on what they think is just another fake religion, and it could mean someone’s eternity.

The sacrifice that Christ made on the cross isn’t so trivial to be shrugged off at our convenience, and it certainly isn’t kayfabe. It’s past time that Christians stopped treating it as such.