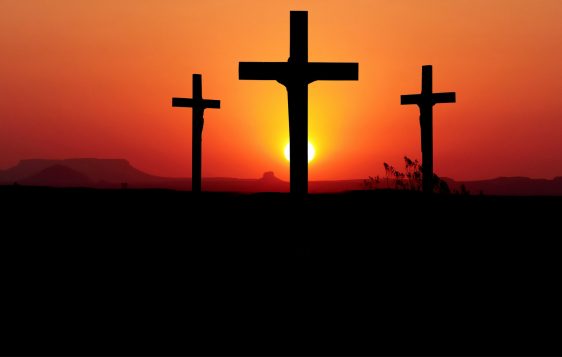 A girl received a brand-new sports car from her dad on her 18th birthday. It was beautiful! Bright red with all the bells and whistles. It was the perfect car for her, especially since she was headed to college. The father told her she had to drive it home every weekend so they could visit.

After a night at a party, the young girl got behind the wheel of the car and chose to drive back to her dorm, even though she was drunk. She crashed the car, destroying it, but miraculously she lived.

She was devastated about her car because it was her only way to see her father. No longer did she have access to the father because of her wrong choice.

The father told her he would provide a way until they were able to get a new car.

This car wasn’t great, but it did the job. There was a lot of work that had to go in to it on a daily basis, but it allowed her to go visit her father most every weekend. It wasn’t the best by any means and he continued to promise that one day, there would be something better.

Then one day, there was a brand-new car in her parking spot at school with a big red bow on top. The father stood beside it and she ran to him and hugged him! She couldn’t believe it! It was beautiful! But then she stopped. She told him she couldn’t accept it. She wasn’t worthy. She had done so much wrong and didn’t deserve it. But the father insisted and pointed out that it was gift, she didn’t have to do anything to earn it. He was joyful to give her this car as a way for them to once again be able to see one another. Even though he had sacrificed all of his savings to buy her this car, he still gave willingly to provide a way for them to be reunited.

God did this for you.

In the beginning, everything was perfect. God made man and they loved in perfection, walking in the cool of the day together. There was nothing that separated them. And then man chose to sin. Immediately, there was a separation between man and God. God was holy and man was sinful and there was no way to come together anymore. What was once perfect was now broken.

But then God, in His infinite power and wisdom, showed man how a sacrifice could help them reconnect. It wasn’t perfect, but it provided a way.

In Exodus 29, God details what the High priest was to do in order for him to be dedicated to that position. To be the one to come into the very presence of God in the temple, the High Priest and his sons had to follow a set of guidelines for cleanliness and sacrifices. It wasn’t the best by any means, but God continued to promise that one day, there would be something better.

“But he was wounded for our transgressions, he was bruised for our iniquities: the chastisement of our peace was upon him; and with his stripes we are healed. All we like sheep have gone astray; we have turned every one to his own way; and the LORD hath laid on him the iniquity of us all. He was oppressed, and he was afflicted, yet he opened not his mouth: he is brought as a lamb to the slaughter, and as a sheep before her shearers is dumb, so he openeth not his mouth. He was taken from prison and from judgment: and who shall declare his generation? for he was cut off out of the land of the living: for the transgression of my people was he stricken. And he made his grave with the wicked, and with the rich in his death; because he had done no violence, neither was any deceit in his mouth. Yet it pleased the LORD to bruise him; he hath put him to grief: when thou shalt make his soul an offering for sin, he shall see his seed, he shall prolong his days, and the pleasure of the LORD shall prosper in his hand. He shall see of the travail of his soul, and shall be satisfied: by his knowledge shall my righteous servant justify many; for he shall bear their iniquities. Therefore will I divide him a portion with the great, and he shall divide the spoil with the strong; because he hath poured out his soul unto death: and he was numbered with the transgressors; and he bare the sin of many, and made intercession for the transgressors.” (Isaiah 53:5-12)

Do you get that?

With His death on the cross, the debt was paid in full. There’s nothing you can do to deserve it or earn it. Salvation is a gift from God, an offer to commune with Him once again. Jesus was our intercession! He is the way to God! The very relationship destroyed by man because of His sin, has now been restored! And it’s better than ever!

Will we just let it sit there? Or will we accept the keys? Oh, how beautiful is the salvation of Jesus Christ our Lord!